Feeding people is of course our number one priority. At a time like this feeding people is in itself an act of rebellion, but the foodbank must be militant – it cannot and must not feed people on a charitable and apolitical basis. It must not simply feed the hungry, but ask why they are hungry. Such a militant movement must use the soup kitchen and the foodbank as the mess halls of a revolution.

The purpose of austerity is to so completely and utterly destroy the ability of ordinary working people to resist the advancement of this government’s neoliberal ambitions. It is where class war gears up into total war; an all-out war of annihilation on the poor by the rich. It is designed and executed in such a fashion so as to fracture the bonds of society, weaken community and class solidarity, break the family, and crush the individual. Brexit – the British establishment’s hoped for break from European regulations – can only make the scope of austerity more far reaching.

Gaining statehood, therefore, must not be seen as the end of the independence project. Independence is a process that begins in dependence and continues on to the very end of the life of the state. The problems we have now under British rule will for the most part remain after independence, with the only real difference being that we ourselves will have the freedom to provide Scottish solutions to Scottish problems – and the adversary then will be the same as we have now: International capitalism, neoliberalism, and the limitless avarice of the globalised plutocracy they have birthed.

Murdo Fraser, like the rest of his smug-faced cronies, is interested to know how many people who voted for the SNP last year will be feeling betrayed today. I think I am in a position to answer that question for them: Precious few. People all over Scotland have turned to the SNP precisely because they are tired with the kleptocracy the Scottish Conservatives in our country represent. Independence has turned out not to be about the “flag waving nationalism” they love to cite, but a boiling desire to make our country the nation Scottish people in growing numbers want it to be.

What Mrs Windsor and her pals haven’t been investing in retail fronts for class warfare on a high street near you they have been offshoring away from the revenue people in the Cayman Islands, Guernsey, and other paradise island tax havens. Truly vast sums of money are removed from the British economy – sums earned off the backs of ordinary working people – forcing the government to raise taxes to cover the basics of the safety net we all depend on from time to time.

Catalonia will become an independent state. That much is now a historical certainty. Scotland too will break away from the United Kingdom. Forces have been unleashed that have refused to go away, and as the neoliberal project continues to unravel the conditions are being created for greater state instability. Italy, Belgium, France, and to some extent Germany will face the same movements in the next decade.

Making this fraudulent argument and propagating it with the help of vast sums of dark money and media and social media manipulation was always about giving life to the real Brexit; a plan for the economic remodelling of the UK the public would never have supported. We do not know the details of this plan, but we know that it is so important to those in the hidden spheres of power in London that it trumps even the personal misgivings of the Prime Minister.

Governance in Britain has been reduced to a regime of fear, threats, and intimidation. Nothing other than the scale of the operation differentiates this from a mafia-like protection racket. Bad government of this ilk is what’s wrong with the world. The protest vote and the rise of the right are born out of people’s frustration at this carry on. 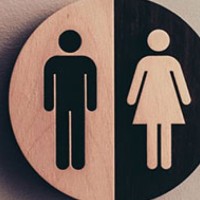