An impending checkmate has brought May to her senses, but in doing so she has had to erase all her lines in the sand – up to and including her position on the free movement of people. As the negotiations are ongoing, when May takes this compromise to Europe it is likely Barnier will up the ante by demanding this third pillar – effectively compelling the British to take the only remaining offer on the table; a Brexit that doesn’t mean Brexit, and that would be the end game for her. 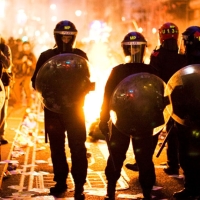