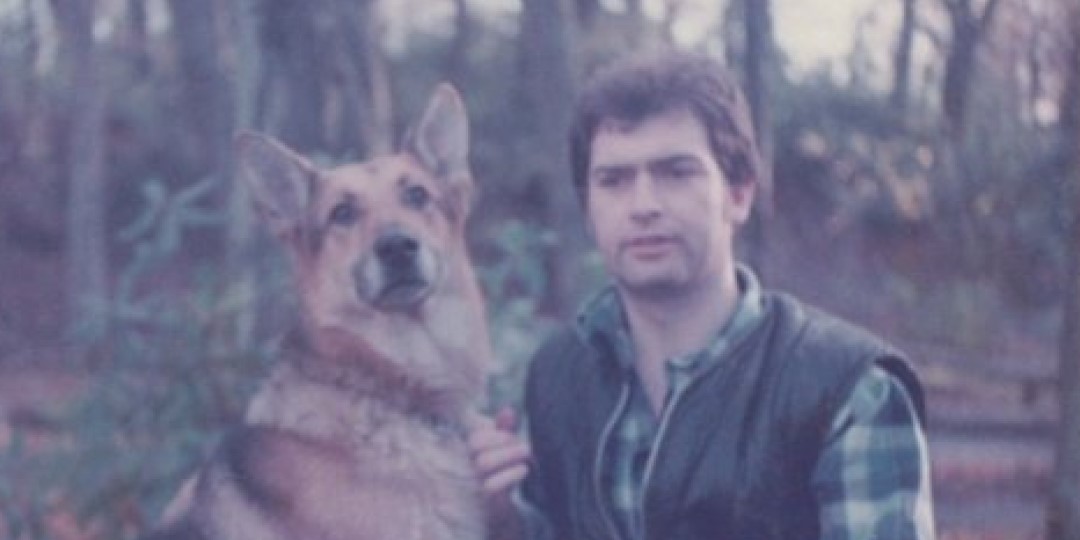 TWO DAYS AGO I was informed that my auld faither had died. So, this will require some unpacking. Firstly, my heartfelt thanks to everyone on social media who reached out to me with well wishes and condolences. In spite of our frequent and often explosive disagreements it is touching to be reminded that we are all people facing the same personal joys and heartbreaks. So really, thank you for getting in touch. How do I explain this auld faither thing? Most would be familiar with the post-divorce and remarriage language of the ‘biological father,’ so yeah. We can begin there. My biological father died after a long and difficult battle with cancer, and this has discombobulated my emotions. I am not sad for his loss. His death isn’t a loss to me. Honestly, I can’t remember the last time I saw him in person. It may have been twenty-odd years ago. I’m not sure. But I do remember the last time we communicated. He sent me a message on Facebook.

Receiving this message was a bolt from the blue. I reconciled myself to never hearing from him when I was still in secondary school. While rummaging in my brother’s room, when I was fifteen or thereabouts, I came across a birthday card addressed to my older brother from ‘dad.’ It was flowing with glowing words about how proud he was and how much he missed him and looked forward to seeing him. Ouch! He had his golden child and his scapegoat, and he replicated this with his second family and with his third. He was a toxic sonofabitch, but even now I am not entirely convinced he ever meant to be. There were times — moments — when he was good to me. I remember those. He passed on his interests to me; karate, reading, and collecting pointless stuff like coins and stamps. He introduced me to the love of my life — Sid Meier’s Civilization.

However, by the time I was the age he was when he first met me I had gotten over the hope of ever hearing from him again. Then out of nowhere he drops me a line on Facebook describing how he ‘missed his boys’ and how he was sorry he had ‘nothing to show for his life.’ Over a week in June 2012 we chatted back and forth. After all the ‘dad’ and ‘son’ stuff I decided to lay down some ground rules: I got that maybe this wasn’t all of his making — sure, I don’t know — but I have a dad. My dad, who I have never known as a ‘stepdad,’ raised me. He put clothes on my back and worked himself to the bone to make sure our family had food in the fridge and a roof over our heads. It was a bit late in the day to be falling for all this A Boy Named Sue shite now, but I wasn’t going to be cruel about it either.

What happened when I was a child was not my ‘history,’ it was yours and my mum’s. The time for blame and recrimination is long past gone on that score and we have the opportunity to make a new story. I am still very eager to have that couple of pints with you, to be just like two regular Joes in a pub talking crap. Why not?

He responded and appeared open to the idea:

Nothing would please me more Jason, but you must realise my frustration over the past years.  I tried constantly to be your father but was stopped and denied at every turn. I am bitter … better believe it son.

But little was I to know then that these would be the very last words I would get from my auld faither. He absented himself from my life for the last time on 18 June 2012. I sent him one or two messages in the years after that but there was no response. I dropped him a line when I heard he had been diagnosed with bowel cancer, but there was no answer. The blue tick next to the message told me he had seen what I wrote — and what I said then will remain between me and him.

His presence in my life — when he was in my life — was entirely toxic. He was an arrogant, self-centred, and thoroughly narcissistic man who abused the children he fathered either by chipping away at their self-esteem or by vicariously living through his favourites. All his human relationships were arid and every opportunity for connection, affection, and love he ossified by his idiotic inability to accept others and people as ends in themselves. People and things that were of no immediate gain to him were worthless to him. Actually, I’m pretty sure he was a sociopath (but I’m not qualified to make that diagnosis) … and, truth be told, sometimes I am terrified that I can be like him. I suppose the greatest lesson he taught me, the inheritance he has bequeathed me, is not to be like him. No one deserves to be like him. He didn’t deserve to be like him.

The dark magic he worked when we were small made impossible any loving relationship between my older brother and I. We grew up growing to hate one another — one of the nightmares of my existence from which I am still struggling to wake up. Yet, in a rare conversation with my brother in the hours after hearing of our auld faither’s death, my big brother — who idolised the man — said ‘God forgive him.’ He hurt him too. My sister, his scapegoat child from his second family, was a little more to the point: ‘He can rot in hell.’

So, how do I feel about this? I am sad that I’m not sad. Fathers should be mourned by their children. But then he was never that … he was never a father. I am sad at the realisation the world makes people who poison the world and who by dying make their only positive contribution. Jesus! That’s harsh. But it’s true. This is how I feel, and after all these years this is my last word on the man who was my auld faither:

He was never there and blamed everyone but himself for that failure. In his death he — either by habit or calculation — left a world of guilt on the shoulders of his children, guilt we will never accept. This was on him. But here we are. I forgive him. I am now letting him go. May the angel of the Lord present him to God the Most High.