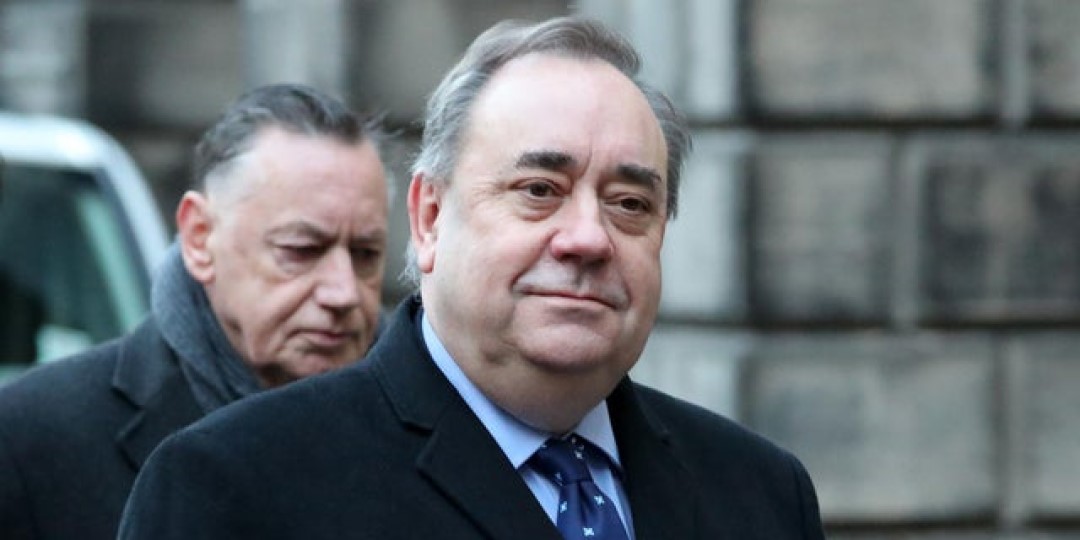 LEGALLY SPEAKING, the most Alex Salmond’s opponents can level against him with any credibility is that his behaviour – with his own admission – was ‘inappropriate.’ Now, before any critique of this nebulous term, it is important to acknowledge that there is such a thing as inappropriate behaviour and that people are affected by the inappropriate behaviour of others in the workplace, in public, and even in their private homes. It is in no one’s interests, then, to dismiss such behaviour as mere hijinks or good fun and those affected by it as poor sports and killjoys. Yet, and especially in a case like this, when an innocent person’s reputation is on the line, we cannot escape either the breadth or the fuzziness of the definition of this language.

What is inappropriate depends almost entirely on context, and over the course of a day or a week the contexts each person inhabits change. The company we are in determines what language is appropriate and what behaviours are acceptable, and these are always subject to change. Behaviours that are never acceptable, regardless of company and setting, are both inappropriate and criminal – as a general rule of thumb. But when we are dealing with inappropriate behaviour ‘not amounting to criminality’ – such as the behaviour of Alex Salmond – we find ourselves in a strange territory of shifting social and behavioural norms often involving the same people and environments. The task of determining appropriateness therefore becomes extraordinarily difficult.

The company we are in determines what language is appropriate and what behaviours are acceptable, and these are always subject to change.

This vague charge of inappropriateness not amounting to criminality has allowed for people online, even activists in the independence movement, to reach the conclusion that ‘Salmond is a dirty wee [expletive], but not a rapist’ – a highly subjective and partisan moral assessment which effectively removes any possibility of innocence even after a Not Proven verdict. Such reductionist tabloidization can be viewed as nothing but an injustice. In this piece, I would like to explore just why this is so. By examining the known facts, it should become clear that – unless we were there, which we were not – nothing is clear, and so the only judgement we can give, in all honesty, is that we do not know.

Regardless of Ms Sturgeon’s ill-advised remark that just because the court found Mr Salmond Not Guilty of twelve charges it does not mean that the events did not happen, we have to trust the verdict of the court. A jury of five men and eight women arrived at a Not Guilty verdict; meaning, in the strictest sense, Mr Salmond did not commit the offences of which he was charged. There is no further scope here for speculation and conjecture – he is innocent of the charges. Owning, however, to the peculiarity of the Scottish legal system, the jury can decide a case Not Proven, and this was the verdict in Alex Salmond’s case in reference to the accusation made by ‘Woman F.’

Given that the accusation of Woman F is the only basis on which people feel they can continue to cast aspersions on Alex Salmond, we must take a closer look at this event. According to the testimony of Woman F, a civil servant, she and the then First Minister were drinking alone in a private sitting room on the second floor of Bute House, the residence of the Scottish First Minister. At around eleven o’clock in the evening, she says, she and Mr Salmond went to his bedroom on the third floor. There the First Minister ‘ordered’ her on to the bed, whereupon he began to sexually assault her. It is entirely possible that this happened exactly as reported by the complainant, but there are clear grounds to doubt this account as well.

It is entirely possible that this happened exactly as reported by the complainant, but there are clear grounds to doubt this account as well.

It is not always inappropriate for a man to be alone with a woman. It is not always inappropriate for a man and women to be drinking alcohol alone. It is not always inappropriate for a man to invite a woman to his bedroom or to come to his bed. In a classic case of he said/she said, Mr Salmond’s version is that Woman F had drank about the same amount as he had and that what happened on the bed was a ‘sleepy cuddle’ – an entirely plausible account. The jury determined there was not enough evidence to prove the prosecution’s case, and Mr Salmond apologised to Woman F shortly after the incident. So, while both accounts are plausible, certain facts will always serve to cast doubt on the allegations: Woman F was alone and drinking with Alex Salmond, she voluntarily went with him to his bedroom, and ended up next to him on his bed.

At any point in the course of the evening Woman F could have extracted herself from the situation. Was it, for example, appropriate or even professional for a female civil servant and the First Minister, a man, to be drinking alone in a private room? Was it appropriate or professional for her to go with him to his bedroom? It is certainly not unreasonable for this behaviour on her part to be read as willing participation and even consent. Both versions of what happened are equally plausible, but to assume the veracity of one over the other would be prejudicial. Without more evidence the charge of attempted rape has to remain Not Proven.

What this means, in law, is that Mr Salmond’s account of the evening is as valid as Woman F’s. It is perfectly possible that they were drinking alone together, enjoying one another’s company, and made the mutual decision to go to bed together – and this, while more than likely unprofessional in the context, is not always inappropriate. When Nicola Sturgeon, then, says that Mr Salmond’s inappropriate behaviour has let her and her party down, she is being prejudicial – as she, like the rest of us, does not know what actually happened. And her prejudice in this matter says, in effect, that it must always be inappropriate for a woman and man to drink alone together and retire to a bedroom together. But this is absurd. It will always be context dependent, and no one but Woman F and Alex Salmond know the truth of how they ended up on his bed together.

Are you innocent until proven guilty?