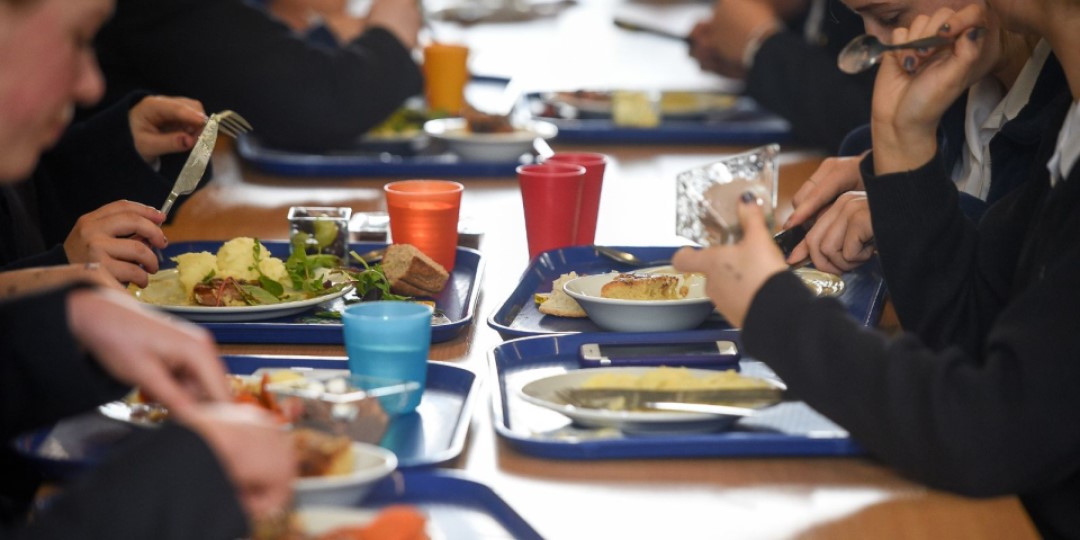 Poverty is a Choice

ONCE AGAIN, an image has gone viral on social media depicting the measly and awful rations local authorities in England have been handing out to children depending on free school meals. Chartwells, part of the Compass Group, the largest foodservice company in the world, has the government contract to provide these kids with school means to the value of £30 a week. Naturally, as we have all seen, the pathetic assortment of processed ‘cheese’ slices, brown bananas, a couple of dried out mangy-looking carrots, and a cheap sliced loaf amount to nothing close to thirty quid – something demonstrated expertly by ‘MunchBunch’ on Twitter. Once again, the Conservative government has awarded a lucrative contract to one of its multinational donors and the lion’s share of taxpayers’ money intended to feed less-well off children disappears into the great big black hole of a money pit which seems to follow the Conservative Party wherever it goes.

Earlier today a dear friend pointed me to a blog article by Jack Monroe, You Can’t Batch Cook When You’re Suicidal, a scathing comment on the patronising drivel about affordable eating toffs like Annunziata Rees-Mogg enjoy spewing into the atmosphere every time there is a public outcry at the British government’s sickening treatment of the poor and vulnerable in our society. It was obvious before reading it that this was a worthwhile read. The person who advertised it to me has had some painful experience living ‘between addresses’ and batch cooking to get by. Monroe’s piece certainly did not fail to deliver. She relates her own horrible experience of living with her toddler son in poverty; feeding herself and her son on as little as £7 a week, hiding from unexpected knocks at the door, and the mental trauma she now lives with as a consequence of this awful experience.

#FreeSchoolMeals On the left £30 of food. On the right what private company Chartwells have supplied having been aw… twitter.com/i/web/status/1…

Here in inner-city Dublin, we see this all the time. The Liberties is a significantly underprivileged area, plagued by landlords, loan sharks, and drug pushers – the very pond life that breeds off poverty and misery. Like all well-gerrymandered Dáil constituencies, South Central Dublin is a tale of two cities, nicely divided into ‘the slum and the plum.’ All around the flats and lower end private rental housed – neatly hidden behind the polished mantle of local authority ‘regeneration’ – there are pretty middle-class houses, just enough to ensure the proles – who have long given up voting anyway – never get the parliamentary representation they so desperately need. The place where I live is a god-awful mess. No one puts their litter in the bin, no one cleans up after their dog, no one thinks twice about urinating against the wall of someone’s house. Why should people who have no stake in the place where they live – or get by – give a damn about the state of the place?

Out in Ballymun, another seriously disadvantaged part of the city, where myself and my friend volunteered for a number of years, there was a young woman who lived in much the same conditions of poverty described by Jack Monroe. Rachel Peavoy was 30 years old when she died alone in her council flat in the freezing cold in 2010, shortly after Christmas. The corporation had disconnected her electricity and turned off her heating. She had left her child with her own mother while she minded the flat (unoccupied flats in the area quite quickly become squats). The tower blocks had a shared water boiler, so she had hot water, and, thinking it would heat her up, she decided to have a bath. Later, in bed with damp hair in sub-zero weather, she died of hypothermia.

Down in the School Street flats, only a few minutes’ walk from my front door, there is a woman of about the same age with two young children. Her landlord is also her dealer. She lives in the flat she’s in for two reasons; it is all she can afford – the average monthly rent in Dublin is €2,044 – and she owes her dealer a small fortune. She can stay in the flat with her kids for €800 a month and all she has to do is open the door to her landlord when he wants sex – sometimes he even brings a friend. She doesn’t want this, but she won’t say ‘No.’ She knows the cost of not giving him what he wants. She won’t go to the police either. Drug dealers in the inner-city are gangland, and everyone in the flats knows what happens when a dealer brands you a ‘rat.’ All she can do is open the door and do her best to stop him and whoever else he brings along – at all hours of the night – waking the kids in the other room. Money and privilege are power, and poverty is powerlessness. Most of us have no idea how powerless and vulnerable poverty makes a person, especially women and children.

Jack Monroe writes about how her experience of poverty has affected her mental health and her personality. She is not the person she was, not the woman she could have been, because of the stress and trauma of poverty. This is something I have witnessed first-hand. I grew up around a man shaped by the harsh realities of poverty in the 30s and 40s in Kilmarnock. My grandfather ‘never missed a day of work.’ Rain, hail, or shine, hungover, sick, and – latterly – dying he got up and went to the garage where he worked fixing car engines. Under his overalls he wore a suit, shirt, and tie – not a word of a lie. At weekends he would dress in his best suit, wear is dapper fur hat at a jaunty angle, put on the best shoes his money could buy, and saunter down to the Hunting Lodge pub where he would drink himself unconscious. My granddad never recovered from his experience of grinding poverty. As a matter of pride – as an act of resistance, he would never again be seen in a pair of worn-out shoes and tattered old clothes. But he drank – and boy did he drink – because what he and his family went through in a single-room dwelling broke something inside him.

But poverty is always a choice. There is no such thing as accidental poverty. It is always and everywhere a wilful and deliberate choice. It is most certainly not the choice of the poor, those who are forced to suffer it – no. Poverty, true poverty, is not having a choice, not having the ability or the freedom to choose something else. A mother and child living on £7 a week in modern England is not a choice. The woman being raped by her landlord in a rundown flat isn’t choosing to be raped. And it wasn’t Rachel Peavoy’s choice to freeze to death in her home. Choice implies power – the power to choose, and so the choice of poverty – the choice to make others live in poverty – is always the choice of those in power, the wealthy and privileged.

Because of these choices I have lived on rice and brown sauce, I have made DIY ceramic plant pot ‘heaters,’ and I have put up with tightening my belt to gey by. But why should we? Why should anyone? Jack Monroe does a tremendous job on her website of showing people how to get by on little more than fumes. She has been a beacon of hope to thousands of people standing in line at foodbanks, and no doubt what she does has saved people’s lives – people on the edge thinking of taking their lives. There is a special place in heaven for the unwitting saints, people just like Jack. Every year, the friend who pointed me to this article, gives generously from her small income to homeless charities and children’s charities. This Christmas she agonised over what toy to get a wee girl she had never met and would never meet. ‘Why should a child in emergency accommodation get a cheap toy from Santa?’ she said. Why – why indeed?!

These thoughts upset me. I’m welling up here at the keyboard. But why should we put up with this. The poverty people are suffering – perfectly ordinary and innocent (good) people – is the choice of those in power, people like the Rees-Moggs. But society – we – also has a choice. By doing nothing, we too are making a choice. In the face of injustice and oppression, neutrality is to take the side of the oppressor. One way or another, by tolerating poverty and government austerity, society is allowing this to continue, and society – us – has the power to make it stop. Thank God we have people doing something to make things better for those they can, but we need to do so much more than this, we need to do something to put an end to this. One wonders how patronising and smug people like Annunziata Rees-Mogg would be if, instead of offering people in poverty survival advice, we simply rocked up to their piles with torches and pitchforks to evict them and tumble their houses. Jack Monroe mentions Marie Antoinette – an apt symbol of this privileged opinion, but in real life the hungry masses did quite actually remove the head from her shoulders.

We don’t need Madame La Guillotine to put a stop to people in power choosing poverty, but we do have the power as a society to end this suffering – or, at least, put an end to policies which cause poverty and misery. We will not end this nightmare with quality Christmas gifts and shoestring recipes, good and necessary as these things are. We will not stop it if we are only running after the government putting out fires. We must tackle the beast at source.

5 thoughts on “Poverty is a Choice”