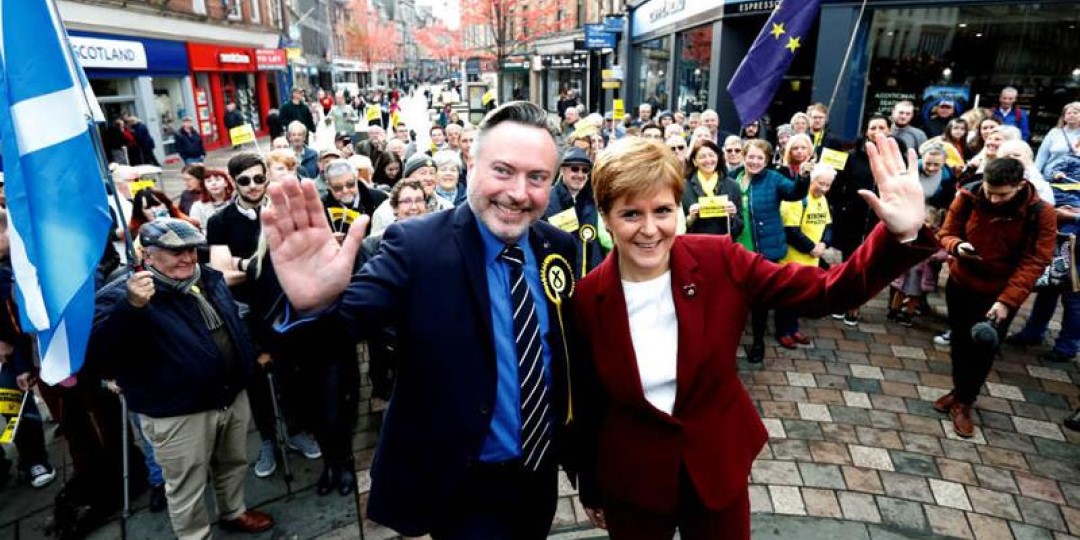 ON SUNDAY LAST our friends at the Edinburgh Yes Hub raised an interesting, if contentious, point on social media. ‘Some so called Yessers or SNP members,’ they tweeted, ‘risk splitting the movement on a few issues.’ The Scottish government’s proposed Gender Recognition Act, the Hate Crime Bill, the recent behaviour of the SNP’s National Executive Committee, and ‘wokeism’ have got independence supporters at each other’s throats, and these are concerns which have very much occupied my own thoughts on the state of the movement in the past weeks. But I am not in agreement with the abovementioned opinion. I am one of those ‘so-called Yessers’ who refuse to surrender my right to dissent according to the demands of my conscience and intellect.

What those calling for unwavering unity fail to recognise is that the Scottish independence movement is already split. It has always been a coalition of tens of thousands of people – all with their own thoughts and opinions – who find common cause in their desire for Scottish independence. What they also fail to grasp is that the Scottish National Party occupies two distinct political grounds; as the largest pro-independence political party it is the de facto leader of the independence movement and as the largest party in Holyrood it forms the de jure government of Scotland. Independentistas, as movement members, can support the SNP as a means to winning independence and, as citizens, can criticise their elected representatives and their government.

yes movement is in danger of losing its focus.Some so called yessers or SNP members risk splitting the movement on… twitter.com/i/web/status/1…

In failing to appreciate these distinctions, the ‘whisht for indy’ battalion cannot see, let alone understand, the contradictions exposed when the national government formed by our movement’s leadership begins to introduce policies informed by an ideology deeply at odds with the sincerely held beliefs and opinions of movement members. What has the GRA or the Hate Crime Bill got to do with wanting independence? Not every independence supporter will be on board with these policies, and many of those will prioritise their opinions on these matters over the constitution. So, we have to ask: Who is splitting the movement?

Before getting into this, however, we really ought to talk about ‘wokeism’ and the abuse it is receiving from so many independentistas I would consider members of the faction of the movement to which I belong. ‘Woke’ is a term of social resistance white middle-class liberals have co-opted from African Americans in the United States, from a context in which it means wakening up to and being aware of the specific oppressions black people and people of colour experience in the white supremacist state. Once again, the comfortable white kids have appropriated the language of the oppressed to deploy it themselves in their significantly less important causes. This is abusive and serves only to devalue the term in its original context. We too devalue it, and the struggle of African Americans, when we accept the legitimacy of the white liberals’ ownership of it and turn it into a term of derision.

We expect police to wait until numbers thin to raid #4thPrecinctShutDown. Text @blacklives to 23559 for emergency text alerts. Stay woke.

Our issue with progressive politics is that progress is an abstract notion. On the face of it, progress sounds like a good thing. Like, who doesn’t want progress? This is an imperfect world and we would all like things to be a little bit better. Progress implies making things better, but ‘better,’ as an adjective, is highly subjective. Better for who? Better for what? Those who identify themselves as progressives rarely, if ever, define what they mean by progress, and this is a serious problem. How do we explain a vague and ill-defined vision of ‘progress’ to voters? Once upon a time eugenics was touted by academics in the US and Britain as social and scientific progress, in Germany in the 1930s and 40s a state euthanasia programme was seen as progress, and progress was the watchword of Soviet collectivisation. Progress without definition is meaningless.

Tom Morello, a black American musician and political activist, probably offers us the best definition of what it means to be a progressive in 2020:

To be a progressive means that you are better off than a mealy-mouthed liberal, and yet you are too afraid to take person risk to become a radical or a revolutionary. You are on the right side of most of the issues, but aren’t willing to go all the way.

Progressive politics is a package deal. It is a political set menu with cult-like or at least communitarian characteristics. It is a tribal political identity rather than a series of beliefs and policy ideas people can weigh up and decide on based on their individual merits. Defending the rights of racial and ethnic minorities is both progressive and objectively right. The same is true of cutting carbon emissions and seeking greater economic justice for the poorest people in society, but the same cannot necessarily be said of other complex legal and social issues – issues like abortion, euthanasia, and gender self-identification, and yet they are part of the progressive bundle.

Someone may be lauded as a progressive by progressives for being anti-racist, for protesting the government’s treatment of asylum-seekers and refugees, and for supporting the rights of same-sex couples to marry and establish a family. But the same person can and will be ‘called-out,’ excommunicated, and branded a heretic by progressives for being pro-life or gender critical. Progressivism is a package the content of which seems to change due to fashion, due to the changing consensus of the wider progressive movement. And the result of this mechanism is concerning; people who adopt the progressive political identity are forced to self-censor and delegate their moral responsibility to rationalise issues for themselves to the group.

Our problem in the Scottish independence movement is that the largest pro-independence party, the Scottish National Party, has effectively been captured by people subscribing to this package of progressive politics to the extant that the party is now marketing itself as a progressive party and pushing progressive policies not everyone in the movement can or will accept. Someone can support independence for Scotland, support social justice, and still be pro-life or gender critical – and, given the cult-like nature of progressivism as a tribal political identity, this is causing problems.

As a supporter of Scottish independence who recognises that @theSNP will be the dominant political vehicle involved… twitter.com/i/web/status/1…

For any number of moral and ethical reasons people will draw lines around their views on gender identity or the sanctity of human life and prioritise these views over constitutional politics. Women, for example, who do not want the legal definition of their biological sex diluted and possibly erased by ideology and legislation which would see the distinction between women and transwomen removed will prioritise their sexual politics over constitutional politics and vote accordingly. Still, the progressivism that refuses to accept dissent refuses to listen to them, further weakening the solidarity of the independence movement.

Unlike this vague an undefined idea of progress, independence actually is defined. It means something. Granted, it would be foolish and wrong to seek independence at any cost. The truth of the matter is that some costs are simply too much and, as we have seen time and again in the past, too damaging. Independence has to be a process through which Scotland is disentangled from the United Kingdom is a way that is just and good for Scotland and Scottish people. Yet, the politics of independence remains discrete; it is defined and quantifiable. The independence movement is not a package deal, rather it is a goal many different people with different social and political priorities are working towards. It is only in this singular objective can the movement be said to be united. The moment membership of this movement becomes a package deal forcing people to lay aside their qualms of moral conscience for the sake of unity the movement will die, and with its parting the dream of independence will once again be put on ice.

‘Unlike this vague an undefined idea of progress, independence actually is defined. It means something.’

What Does It Mean To Be A Progressive?

20 thoughts on “Progressive Politics and Independence” 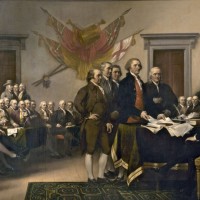 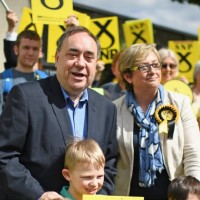