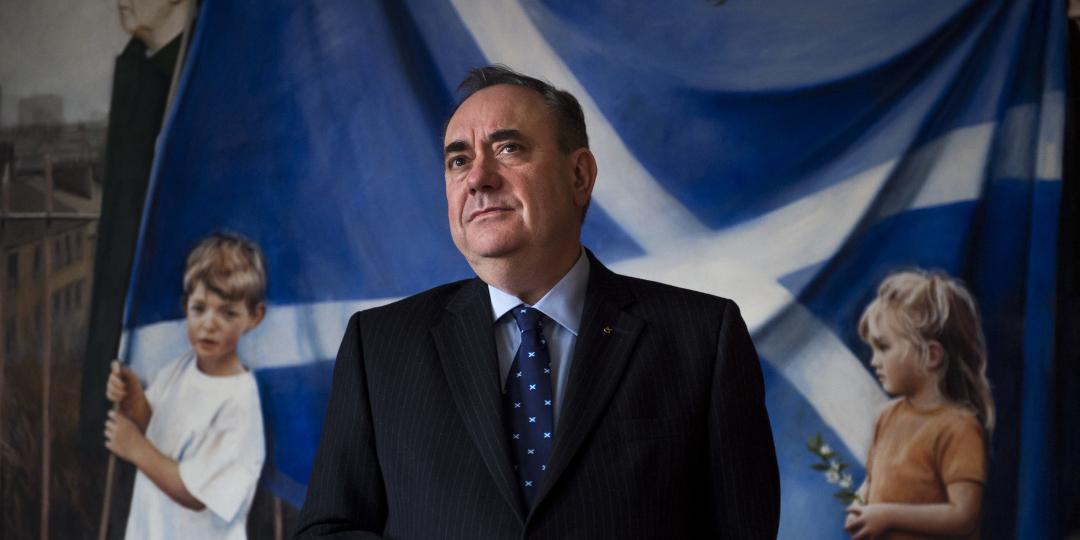 TIMES CHANGE and with them political parties change. There is no argument the Scottish National Party of 2020 is not the same party that was led by Alex Salmond into the 2014 independence referendum. Change happens, and in itself this is no bad thing. Salmond’s party, the party responsible for awakening a passion for independence in so many Scots, was a party in full campaign mode. It was a well-oiled political machine, a feisty beast, prepared to show its teeth and trusting of the activism of ordinary Scots under the auspices of Yes Scotland – activists who, for the most part, were not members of the SNP or any other political party. The movement for independence of 2014, as it remains still, was predominantly a left-leaning movement led from below by individuals and local groups which were socialist almost by default.

Yet, the SNP campaign of 2012-14 was itself the product of change. On the eve of devolution, in the 1997 general election, Salmond’s SNP won a paltry six seats. It made no impact on the major population centres of the central belt, had no appeal to the socialist heart of Scotland, and failed to attract meaningful numbers from the country’s minority populations. At that election the SNP felt the full force of a New Labour landslide that swept across the whole of the United Kingdom and brought us the painful disappointment that was Tony Blair. Much the same story was told and retold in the general elections of 2001, 2005, and 2010. Whatever this party was, whatever it offered, it was not a winning formula. At best it was an obscurantist gathering of idealists, the wild nationalists of popular Scottish imagination. Whatever its abilities and potential, it was taking independence nowhere – and even at that, at a glacial pace.

May 2015 was a different story. After narrowly rejecting independence a few months before, support for the SNP raced over Scotland like a shockwave, taking every Westminster seat in the country bar three (Edinburgh South, Dumfriesshire, and Orkney and Shetland). But this was not the victory of the SNP of 2010 and before, and neither was this necessarily a reflection of support for the National Party. This was about independence, a ‘dream’ Scottish Labour failed to harness and which no other party but the SNP offered a nation awoken by the explosive passions of an independence campaign. Better Together’s September 2014 victory was a pyrrhic victory. The union could never deliver on the promises it made, and no sooner had David Cameron announced EVEL and the Smith Commission laid bare what Britain’s promises were worth than the tide in Scotland was finally turned.

Under Alex Salmond, especially towards 2012 and through the independence campaign, the SNP renegotiated and to some extent managed to reposition itself on the political spectrum. At last it offered a compromise to the left and a political home for the majority of Scots voters, and this was the winning formula – well, almost. Nicola Sturgeon’s SNP is not Alex Salmon’s SNP, and it is certainly not the party of the 2014 independence campaign. In settling in to the business of government at a time of continual constitutional conflict between Scotland and England, Sturgeon has taken the party down another road; in part informed by a gradualist approach to independence and backtracking on the compromise to the left. In a recent powerful analysis of this situation George Kerevan wrote:

…the working class Yes movement now has to contend with an SNP leadership under Nicola Sturgeon that has shifted bodily to the right and particularly so since the 2017 UK general election. The SNP Government – while talking left – has governed in the interests of the major capitalist groups that dominate the Scottish economy: London banking, foreign agribusiness, big oil, the property development lobby, and major landlords and landowners.

His conclusion, with which this author agrees wholeheartedly, is that the central question now is ‘how do we build a new, effective leadership for the Scottish working class and the independence movement?’ We thought – or hoped, rather – this would be provided by Nicola Sturgeon and the Scottish National Party, but it appears our hopes are in vain. No longer willing to accommodate the left and in so doing see the SNP transformed into a leftist party, the current leadership’s vision of continuing to make the case and build support for independence is really just about increasing support for independence where the money is in Scottish society, and this is dangerous for the left and for the working-class people of Scotland. This would bring about the independence of our country by transferring power from one neoliberal capitalist ruling class to another, a situation that would put the working-class on the backfoot for generations in an independent Scotland.

“Like their flags, the women and men standing at the border asking motorists coming to Scotland from Europe’s most… twitter.com/i/web/status/1…

Now, this is not to say that we abandon the SNP or work against it. This would be counterproductive to the interests of ordinary working people, but the paradox is that blindly going along with it is just as bad. While independence is our goal, so too is the work of making an independent Scotland a more just and equitable society. As things are, the SNP is a pro-independence party. But its failure to challenge the structures of oppression that keep society in such a condition that the working-class remains in essentially the same predicament as it does under London rule is not good enough. And the only remedy for this is, as Kerevan argues, the building of a new and effective leadership for both the working-class and the working-class independence movement.

This speaks to the construction of a new pro-independence political party, one which offers the working-class of the wider independence movement what neither the SNP nor Labour – for different reasons – are willing to provide. What is suggested here is not the creation of a party apparatus to compete with the SNP. This would only undermine and weaken the cause for independence. Our struggle is for two things – independence and class justice. Our best option for gaining both independence and class justice is in the formation of a ‘list party,’ a party that will bolster support for independence in Holyrood and represent the working-class movement. And neither is this a mere pipe-dream. A recent poll conducted by Wings Over Scotland found that 26 percent of Scots would ‘definitely or probably’ vote for a new party with the proviso it was led by Alex Salmond. But, and of course, this – for the moment – rests in Salmond returning to political life.

It also presents the Independence for Scotland Party – our first decent response to the need for a list party – with a unique challenge, and one which would demand some courage. Can the founders and present leadership of the ISP pave the way for Salmond leading their party into Holyrood? This is a matter for them to decide, but – as far as this writer is concerned – it offers them their best route to quick political gains. As things stand, the formation of another list party led by Alex Salmond would leave the ISP out in the cold for the foreseeable future.

DEAR JIMMY:
My attention was alerted to a segment on Aye Right Radio yesterday, to a comment from Jimmy about George Kerevan and myself writing about class antagonisms within the Scottish National Party. Given that ‘class’ isn’t a thing in national politics anymore – in Jimmy’s understanding of the world – George and I must be ‘plants’ – agents of the British state. My response can only be to the point: That is embarrassing tinfoil hat stuff, and the fact that you then described Mhairi Black MP as nothing but ‘a mooth with a working-class accent’ underlines the points we are making.