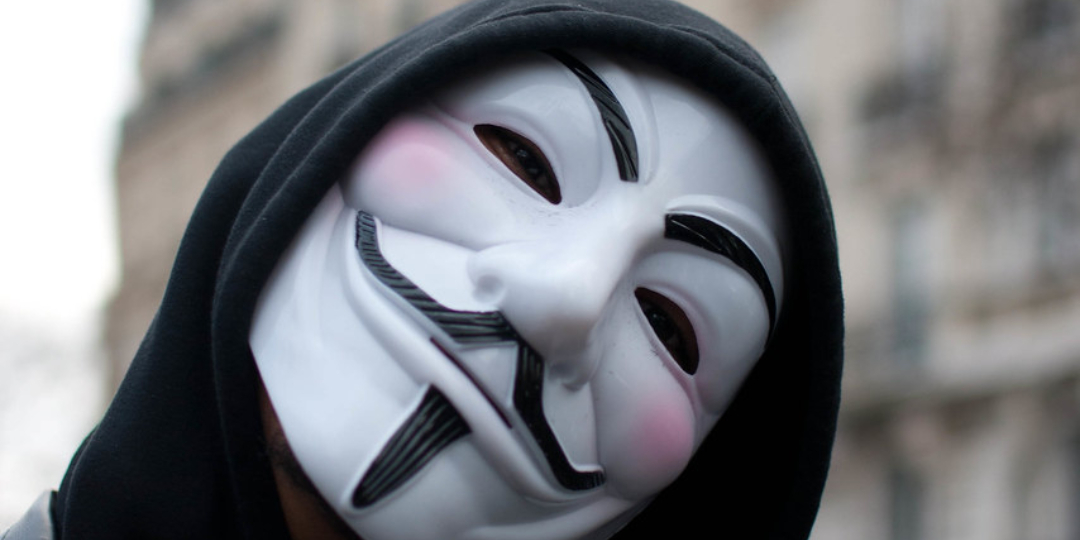 IT HAS BEEN CARNAGE on Twitter for the past twenty-four hours, but, sure, what would I know – my account was locked for twelve. Our feelings are mixed on the subject of Wings Over Scotland’s permanent ban from the platform, but its deletion is a sign something sinister is happening to the Scottish independence movement on social media, and this I should know – my own account was successfully targeted in a sustained campaign by unionists reporting the content of my tweets, the result being that I was briefly suspended for posting “hateful content.” What constitutes hate speech on Twitter is something of a mystery, and the decision-making process is a mix of an automated algorithm and the personal bias of Twitter’s human employees.

Ultimately, this was the same tactic deployed against Wings Over Scotland. When Stu Campbell, the owner of the website and Twitter account, tweeted at Pink News’ Nick Duffy the now infamous line: “Sounds like you’re a cunt tbh,” the faux outrage and orchestrated reporting began. Progressive SNP staffers, trans activists, and unionists – hopefully not working together – all joined in the hunt. This was an absolute gift to Wings’ opponents. Granted, the use of the C-word can be construed as a violation of Twitter’s rules on abuse and harassment. But Twitter’s decision was that this instance was hate speech. He was deleted. Like the Big C, not all of us are comfortable with the C-word – but deleting an account for “hateful content” for using it is a bit severe.

Wings Over Scotland, the most popular and most successful website in the movement, has been a flagship for hundreds of thousands of independentistas since 2014. It’s importance to a massive constituency of the movement, considering we still have no pro-independence media comparable to the anti-Scottish propaganda spouted daily by the BBC and the state-aligned British media machine, cannot be understated. Given the absolute necessity of social media and our struggling alternative media to the cause of independence, the removal of Wings from Twitter is a significant blow. It’s absence – if permanent and otherwise unaddressed – will be felt in the next referendum campaign. This was a major win for the union, and unionists were celebrating.

So, the fallout on social media was epic. Characters like myself, who enjoy a good rammy, spent much of the day with our sleeves rolled up and out digital fists clenched. Some ink was spilt, and a few harsh words were punched into keyboards. But, intentional or not, it was a trap, and we walked right into it. Our unionist friends had learnt the power of the report function – and Twitter must have been in a stinking mood. Quite out of the blue, I received a notification from Twitter that a report had been made against me, that Twitter had found me wanting, and that my account was to be locked for twelve whole hours. It came with a threat. At the bottom of the note it read: “Please note that repeated violations may lead to a permanent suspension of your account.” But for what?

Twitter had decided that I committed a hate crime for responding to someone who had said Campbell called Duffy “a c–t.” Thinking myself the gifted textual critic, I pointed out that he had not in fact called anyone that. There is a difference between calling someone a c–t and saying it sounds like they are a c–t. Subtle, true, but the difference is there and it’s real. This was my response:

That – that – was treated as hate speech! There were no profanities. I deliberately avoided the use of the c-word, despite the fact Sputnik News’ Mark Hirst was doing everything in his power to make the word trend in Scotland – and for this I was suspended and warned that continuing to post “hateful content” would lead to the permanent deletion of my account.

Yet, interestingly, this wasn’t only the work of unionist trolls sitting in their mothers’ spare rooms in their cabbage stained underpants, ‘respectable’ journalists in the unionist press were getting in on the act. Neil MacKay from the Herald – the Ministry for the Ulsterisation of Scotland – dropped me a line asking me to explain a tweet I had posted mentioning the “Republican movement.” Commenting on Fine Gael’s complete refusal to engage with the project of Irish unification, I posted: “If there was ever this amount of shite in the Republican movement there would be a few ‘words’ had.” So, MacKay leapt on this:

Hi there @Jeggit … I saw this exchange and was curious. Am I wrong to say that it relates to the removal from Twitter of the Wings Over Scotland account? Does it refer in some way to Irish Republicans and imply some sort of threat? Against enemies in the Yes movement? Is that right?

By “Irish Republicans” of course he meant the IRA, an accusation that has been made against me in the past by the pro-British media in Scotland – eventually landing me, a journalist, in the custody of Police Scotland and interrogated under Schedule 7 of the Terrorism Act. These were not honest questions, and the give-away came in the private chat we had in which he – a Herald hack (read: unionist propagandist) – claimed to support Irish unity and Scottish independence. My bullshit detector exploded. He fled for the hills and scorched the earth by deleting his tweets and blocking me, however, the moment I posted the following:

Without reservation or equivocation, I condemn the murder by the Provisional IRA of innocent civilians. As a pacifist, I condemn all forms of violence.

That didn’t fit the narrative he was so eager to construct – or re-construct. So, what was this about? The Herald isn’t interested in me or my politics in Ireland. This was about Wings. Only that morning I published a piece on Wings’ expulsion from Twitter and it was getting traction. It was well outpacing the Herald’s own story on the subject. Wee Jeggit in Dublin was upsetting the truth they were trying so hard to invent. His tweet to me wasn’t to me. In placing my handle after his introductory “Hi there,” he was whistling to his own 17.5 thousand followers – he was inviting them to a pile-on, signalling to them that I was ripe for reporting and taking down.

But surely a reputable newspaper wouldn’t do this? Well, a ‘reputable’ paper wouldn’t – but this is the Herald, a rag with more links to the British Secret Service than James Bond. Over the past few years a number of Herald journalists have been found to be involved with the British government’s Integrity Initiative. Let’s leave the explanation to Wikipedia:

The Integrity Initiative is a project of the Institute for Statecraft with a stated mission of defending democracy from disinformation, in particular from Russia. In late 2018, Russian media asserted that the international hacktivist group Anonymous released documents about the Integrity Initiative, that purported to show the programme was part of a disinformation project to interfere in other countries.

All of a sudden, the campaign of malicious reporting of pro-independence accounts looks less innocent. Britain’s internet and social media experts in the clandestine services – which clearly have something to gain from the disruption of the online independence movement – have friends in the Herald, and the Herald is up to its neck in the business of calling attention to pro-independence activists – and Twitter is not beyond being influenced by the suits in Whitehall. Whether Twitter has an understanding with London or not, accounts are being locked and deleted. It’s a tactic that is working and the whole of the independence movement is vulnerable.

Then it transpires that there exists an account dedicated to reporting pro-independence accounts – even for the most minor and spurious infractions. @NaeNonsense, a Twitter account operating since January 2017, does nothing but report independentista accounts – and this account has been hyperactive since 17 December, the day Wings Over Scotland was deleted. A number of eagle-eyed independence supporters have noticed that it acts like a group account, and its first twenty followers include some of the most well-known unionist trolls in Scotland and key members of the Conservative-aligned Scotland in Union group.

Reports against my account were coördinated by @NeilMackay from the @heraldscotland.* He twisted the mere mention o… twitter.com/i/web/status/1…

“I smell a rat,” I said to a friend. To which he replied, “I smell more than a few.” The carnage on social media over the past couple of days was not the fruit of a few lucky pot-shots. This is a well-coordinated strategy. It involves the coordination of unionist political activists, their trolls and minions, members of the press, and more than likely a few government agents. This is a hellish troika exploiting a new tactic with a proven record. It is effective, and we are not prepared for it.

Unable to go toe-to-toe with us in the open, the British state and its footmen and skivvies are trying new methods all the time. This one works, and so we can expect to see it continue and improved. More and more of our accounts will be suspended and deleted, and the result will be the complete paralysation of the independence movement online. We cannot allow this to happen. It’s no secret that corporate social media platforms are deeply compromised by governments, but we’re too comfortable with these platforms – and they are banking on our comfort. This is a dangerous situation. Everything has changed since 2014. Big Data and its use by governments have not only made social media toxic, they have brought it firmly under government control. What we are seeing now is only the testing. They will improve on this. If this was carnage, just imagine what they will unleash on us in the midst of the next independence referendum campaign.

In order to protect ourselves, the movement, and the cause, we have to migrate. Even if this migration to an open sourced – a more secure – social media platform is only a backup, this is something we must do. Last night I made the decision to open an account with the user-hosted (not corporately owned) Mastodon. Those already familiar with Twitter will be right at home:

It is now clear that on both Twitter and Facebook pro-independence accounts are being maliciously targeted for repo… twitter.com/i/web/status/1…

We are too exposed as a movement relying on Facebook and Twitter. We have known the dangers for a while, and perhaps we’ve been complacent, naïve maybe. But we can’t afford this anymore. Legislation is already before the Scottish parliament to make another referendum possible. Brexit is coming to its ugly conclusion. We are, as a nation, well on our way to a direct clash with the Westminster state. The stakes could not be higher. My advice is to click on the link and sign up to Mastodon and prepare to get ourselves the hell out of dodge – really, before the trap springs.

Each of us has a duty to protect our own accounts and the movement. Without a social media we can use without censorship, sanction, and government disruption, we are useless as activists. Keeping the movement connected and talking and sharing is vastly important. Sooner or later we are going to be given another crack of the whip. Our opponents are organised. They have the assistance of a political machine, a sophisticated media establishment, and the collusion of various branches of the British government. We have an idea of what’s coming. This is the time to get ready. Please take my advice and start setting up your network of independentistas on a safer platform. Don’t delay!

Free Speech in an Age of Social Media