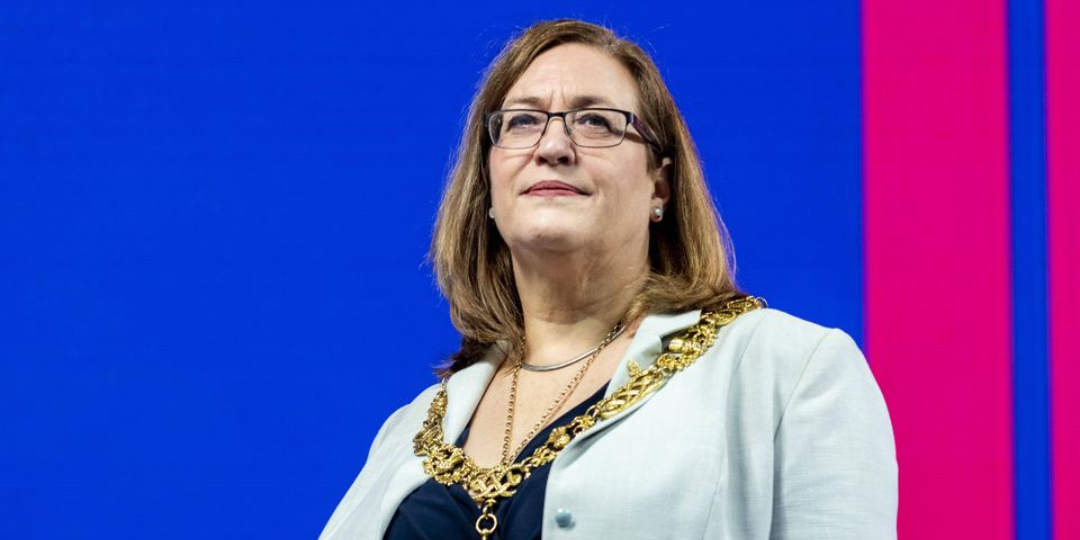 A Woman with Good Shoes

TAKE A DEEP BREATH, I’m about to mansplain shoes and women in politics. Some context: Scotland’s Daily Record newspaper – a notorious unionist tabloid – revealed to its readership yesterday that the SNP’s Eva Bolander, the Lord Provost of the city of Glasgow, “billed the taxpayer for 23 pairs of shoes as part of an £8000 spending spree on clothing and beauty products,” a juicy SNP-bad story the BBC never failed to exploit. Always the master of projection – the art of blaming one’s opponents for one’s own wicked proclivities, the British nationalist press loves nothing more than a good expenses scandal – and, let’s face it, there’s something sexy (ahem) about an expenses scandal in delicious six-inch heels. So, now that Scots are all handbags at dawn over the rights and wrongs of Bolander’s publicly funded high street splurge, I’m thinking this is something we ought to discuss in a wee bit more detail.

EU Citizens for an Independent Scotland’s creative director, Ellen Höfer, was quick to take me to task on social media for attempting to offer some perspective, saying she’d prefer politicians just kept their noses clean. Well, here’s the thing – she right, the world would indeed be a better place if politicians put as much distance between themselves and trouble as they often manage to put between themselves and their constituency surgeries. It should come as no surprise, however, that this isn’t exactly a perfect world, and politicians – like the rest of us – will misbehave. Few of us would agree that it was right for Lavish MacTavish to spend what to many of us seems like an obscene amount of money of footwear and anti-wrinkle cream (or whatever these beauty products were), especially when, as Miss Donna Babington reminds us, there are so many in Glasgow’s housing estates living in real poverty. Yes, sure, spending expenses money on shoes is morally dubious – but it’s not illegal, and she under-spent her tab by £2,000. While this is no excuse, it does have to be seen against other, far more serious, council spending scandals (with a nod to Grenfell Tower).


@Jeggit How about politicians do neither and keep their nose clean. Some persoective.

So long as we live in a world where the Scottish parliament’s former Presiding Officer, Tricia Marwick, insists that male politicians “wear a shirt AND tie,” we also live in a world where women are expected to dress in a certain way. Let me be clear, these are not my rules. I make a point of never dressing the way I am expected to dress. Other than the fact that I just don’t look good in black (it does nothing for my skin tone), the cassock, stock, and Roman collar are self-defeating in the twenty-first century; they look is far too authoritarian. It’s not my place, then, to tell anyone how to dress for work, but others do, and those forces are quite compelling – especially (and unfairly in my opinion) for women in business and politics. After John F. Kennedy it was no secret that looks and the cut of someone’s jib went a long way at the polls, and with Coco Chanel of all people pronouncing that “a woman with good shoes is never ugly,” the rules of the game appear to be already set.

Again, we might not like it, but the tabloid and glossy media are powerful political and cultural instruments, and they do set the pace of the contest in which people win and lose in the social and political arenas. What this means, in effect, is that until we can get to that 1984 age of aesthetic egalitarianism – grey aseptic chic? – women in business and politics are putting themselves at a distinct disadvantage when they take their fashion cues from the Mennonites. In no way am I saying this is right – it is positively wrong, but these are the rules, and until we can change the fundamental structural issues behind this reality this will continue to be the case.


Is it just me or does anyone else think that, when on “duty”, male politicians should wear a shirt AND tie? I am fe… twitter.com/i/web/status/1…

Social media exploded when Theresa May came to meet Nicola Sturgeon at Bute House – two politicians at the top of their game (well, Nicola Sturgeon was) – and all the media was capable of was a close-up of their high-heel shoes. Like it or not, this is an expectation of women in politics – and how the media responds to how women dress makes all the difference at the ballot box. And this observation of this unjust and unfair reality, that haute couture and the right hair are expected of women – while we can’t change it, has to bring us to a place where we have to at least consider that expensive shoes and bulky enamel jewellery are part of a corporate and political uniform – and if that is the case, then why shouldn’t it be expenses deductible? It’s all very well to take the moral high ground on the obligation of these politicians to put the poor first – a terrain I rather like to occupy, but what use is this when without meeting the dress and image expectations means electoral defeat? What good can a politician do – think Jeremy Corbyn and Bernie Sanders here – when their arguments are dismissed in the papers on account of them smelling faintly of cabbage and being decked out like secondary school Geography teachers? This is cost of entry stuff.

Personally, I think it’s all a bit twisted. But, as things are, there is no escaping the reality that these things matter in public life. Those in the independence movement right now scaling the moral heights of Mount Holier Than Thou, I can’t help but notice, aren’t exactly looking into the cost of Nicola Sturgeon’s obvious fashion transformation. Clearly, someone in SNP HQ sussed the advantages to be had in constructing of more polished image – and that is no bad thing. Here in Ireland, once upon a time, Sinn Féin was toxic at the polls. More than the politics of violence and the violence in politics, there was Gerry Adams’ woolly jumpers. Somewhere between the signing of the Good Friday Agreement and the rise of Mary Lou McDonald it all became less tiocfaidh ár lá and more Chucky Armani – and guess what?! Voters responded. It’s not rocket science. Bob Marley, I think it was, said: “Politics no interest me. Dem devil business.” It sure is the devil’s business, and – as I have come to see – the devil wears Prada.

5 thoughts on “A Woman with Good Shoes”