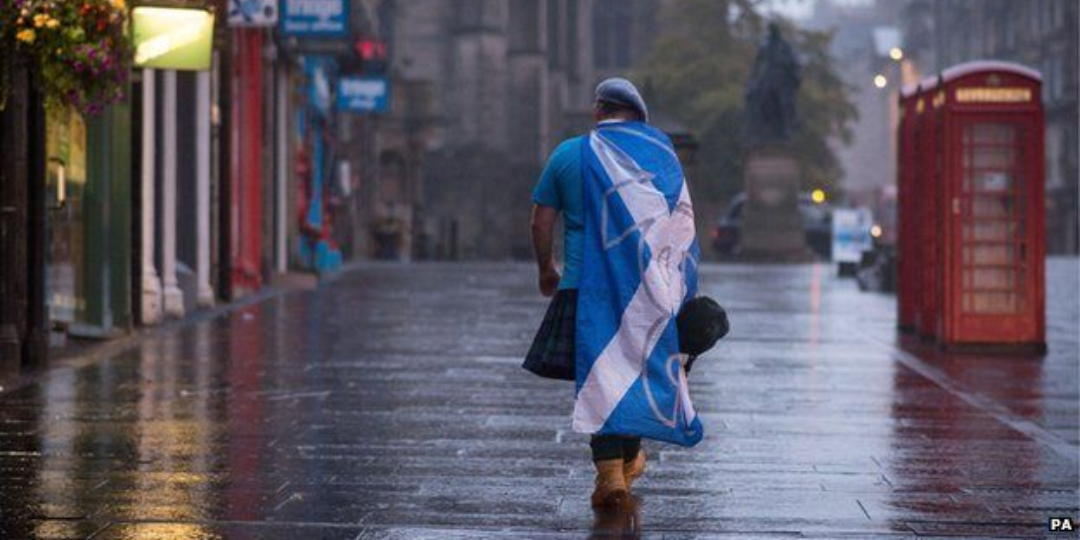 IT IS WISDOM of the highest order, or so saith the armchair intelligentsia of the Scottish independence movement, that the simple realisation of our nation’s independence is the pre-eminent singularity of our cause. This dogma of the priority of national self-determination demands that all other politics give way, that no other agenda is its equal, and that Scotland as it is – unchanged by any other social or political necessity – be the absolute subject of the independence campaign. In essence, what this proposes is that between now and independence, whenever that might be, we do everything in our power to maintain the status quo, to put all the currents of Scotland’s political life on ice, to keep it in an unnatural state of suspended animation. The problem with this idea, however, is that Scotland is a complex, living social organism. Like every other country on earth – except for, perhaps, North Korea – continual change due to the ongoing resolution of countless social and political tensions is an unavoidable reality in Scotland. It’s a living thing. We can’t pause it.

Why though? Why do we want to keep the Scotland of September 2014 in a state of perfect stasis? Why are we insisting on having the unique privilege of being able to stand in the same river twice? Somewhere, deep down, we know this is a fiction. Scotland is a changed place. It is always changing. Before answering this question, it will be useful to examine one of the excuses we employ in order to justify forcing this unnatural condition on the organic Scottish body politic. As far as pretexts go, this one is rather ingenious. It masquerades, rather too conveniently, as both a rational political tactic and a form of self-sacrificial altruism; each offering the illusion of a massive victory points bonus. The excuse is this: That, in order to secure as many votes for independence as we can in another independence referendum, we must pander to the needs of “soft Noes” – voters who rejected independence in 2014. And yes, that is the plural of No – I looked it up. 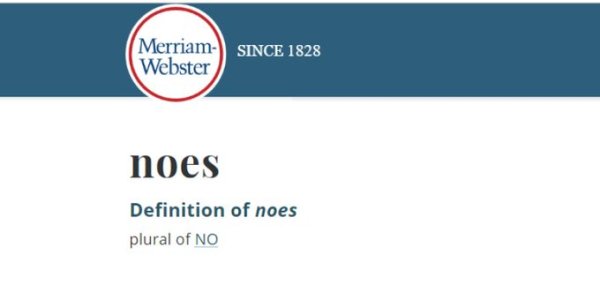 We cannot, for example, discuss the abolition of the monarchy and the idea of a Republican form of government as a constitutional feature of our post-referendum declaration for fear that such radical change will frighten the horses and send soft Noes sympathetic to the royal family or the present reigning monarch scurrying back to the union in the polling station. This merry dance around the soft Noes – royalist and otherwise – also makes it impossible to address in the here and now – while people are actually suffering and dying – some of the fundamental issues around poverty, and social and economic justice that brought us to independence in the first place, and which were a central feature of the 2014 campaign. Our endless efforts to assuage the concerns of soft Noes have relieved us of this potent moral arsenal, while at the same time it is treated as a given that we will inherit, in this latest evolution of “indy,” all the pathogenetic causes of these ills.

It is beyond question, in the prevailing climate, that an independent Scotland will begin life as a British state in miniature – a free market economic system dressed up as a liberal democracy. No one questions the assumption of a neoliberal socio-economic creed, but to suggest leaving the United Kingdom without the monarchy or adopting and anti-capitalist constitution (all of which are ideological morsels on the Smörgåsbord of ideas available to nation-builders) is anathema. Our beloved soft Noes would not be pleased. We would jeopardise independence, or so we are told. It appears as though we have been paralysed by these soft Noes. Keeping them happy and on-board means suffering the insufferable – the independence of a state wrought in the perfect image and likeness of the state from which it gained its independence. This hardly justifies the project. Rationally speaking, if our real desire is to resist all real and meaningful change, the simplest course of action would be inaction; to forget independence altogether.

We have constructed a defence for this excuse too. Our defence is that we can revisit all these other things – as though they were mere trifles – at some unmarked future date (jam tomorrow). But we also know this to be a fiction. If we win this independence – which I can only see as a hollow or provisional national autonomy – in the next year to five years, we will be emerging into the community of nations out of a serious and potentially dangerous political crisis. Scottish unionists love to describe the politics of independence as “divisive,” but, whatever it is, it has been dwarfed by the chaos of Brexit. The process of leaving the European Union has rocked the British state, and the instability it has created as brought us to the verge of actual state collapse. Scotland’s exodus from this mess will of paramount necessity require a prolonged period, perhaps decades, of consolidation and stability under a good caretaker government. It is inconceivable that during this time there would be the political will to revisit these questions. We would simply settle into this “unfinished revolution” to the point that it becomes the settled will of the people.


@AlasdairLeodhas @Soupelina Yes but what currency do they use 🙄🙄. I despair honestly at how easily manipulated some… twitter.com/i/web/status/1…

This is the extraordinary power we are handing to these soft Noes. We are casting aside the independence and the new state that could be in favour of an empty IOU from soft Noes who, we may well suspect, we have simply imagined and reified. Yes, you read that right: It is my conviction that these soft Noes are phantasms. Figments of our imaginations. Ghosts. Sure, in a nation of 5.4 million people with 3,925,800 registered voters there are bound to be some ditherers – some. To suggest now, after five years of broken promises, the failure of the Smith Commission, and the unqualified failure of the British government over Brexit, that there remains a sizeable margin of effectively undecided voters is, quite frankly, preposterous. The suggestion that there are enough royalists who might be persuaded to vote for independence – in full knowledge of the danger independence poses to the future of the monarchy in Scotland – to swing the result in our favour is and always was ludicrous. Other than the odd, vaguely nostalgic and politically unsavvy octogenarian – which is not the norm for people in their 80s, ideological monarchists will not vote for independence. Period. In statistical terms, we are speaking about a fragment of the electorate that is negligible in size.

Our other soft Noes are just as illusory. Apart from a small fragment of ditherers – whose vote, in any election, will always be a matter of random change anyway, the average Scot will make their mind up on the basis of the objective facts before them and the merits of the various alternatives. Most people are rational. What the polls are telling as at the moment is not that there are soft Noes, but that the necessary conditions now exist for most rational people to opt for independence – even a Republic and/or a more left-leaning version of the Scotland we have – over the uncertainty and chaos guaranteed by the Brexit to which we are being led against our democratic will. Most people make rational political, social, and economic choices based on concrete facts. What this informs us is that pandering to fictional soft Noes is a waste of energy and scarce resources. What the facts tell us is that this is the time to think about the independence we want – not merely an abstract unjustifiable notion of “indy” – and make the case for it to most people. This is how elections are won. It is how they have always been won and how they always will be won. This is how we will win the independence we want – and it may be our last opportunity.

So, now that we have dispensed with the imagined soft No excuse, what is the real reason so many people in the independence movement want to stifle every discussion about the nature of our government and economy until this fabled El Dorado-like future date “after independence?” Given that Independence Day – in terms of government and economy – looks indistinguishable from Britain save for the flag, we have to either suspect this is the independence we want or that we haven’t actually had a proper think about what our independence will look like beyond this “ultimate goal.” Independence is not and cannot be our ultimate goal, and for two very simple reasons: History will not end when Scotland gains its independence, and “independence,” as an abstract term, doesn’t really mean anything – North Korea is an independent state!

Alone, independence means nothing until we have put some shape and form to it. Independence demands that we know or have a decent idea of what kind of independence we want – and, like it or not (and for the reasons stated hereinabove), this is a question for before independence. No one wants a relationship with a prospective partner the nature of which is to be decided after marriage or moving in together. Constituting a family is a massive personal investment, probably the greatest in an individual’s life. States are greater investments, the greatest investment in the life of a nation. We cannot seriously think we can do the deed in the dark and hope it’s a pleasant surprise. What kind of government do you want? What sort of rights should people and private corporations be given? You may not think these are important questions right now, but you can be absolutely certain that your failure to think about them benefits the people who have – the people and ideas who are already in control; the whole injustice system of free market capitalism and the privileged class. Our wilful failure to think about this will guarantee their victory and ownership of Scotland.

We are hiding behind this phantom menace of the soft Noes, I think, because this convenient fiction absolves us of taking full responsibility for the choices we have to make and for the state we are about to play midwife to. It would not surprise me in the least if this concern for the soft Noes was manufactured by the very interests already planning for an independent Scotland to be to their material benefit. So long as we are uninterested in the shape of Scotland after independence – the Scotland we hope to win for our children and grandchildren – we are forfeiting our sovereign right to the ownership of Scotland again. Simply put, we cannot afford to be this politically naïve and illiterate. Our experience of London rule has surely taught us something of the nature of power. Someone, somewhere is right now deciding your future for you. Our concern is not for soft Noes and vague promises for the future, but for determined Yesses and a clear vision of where we’re going.