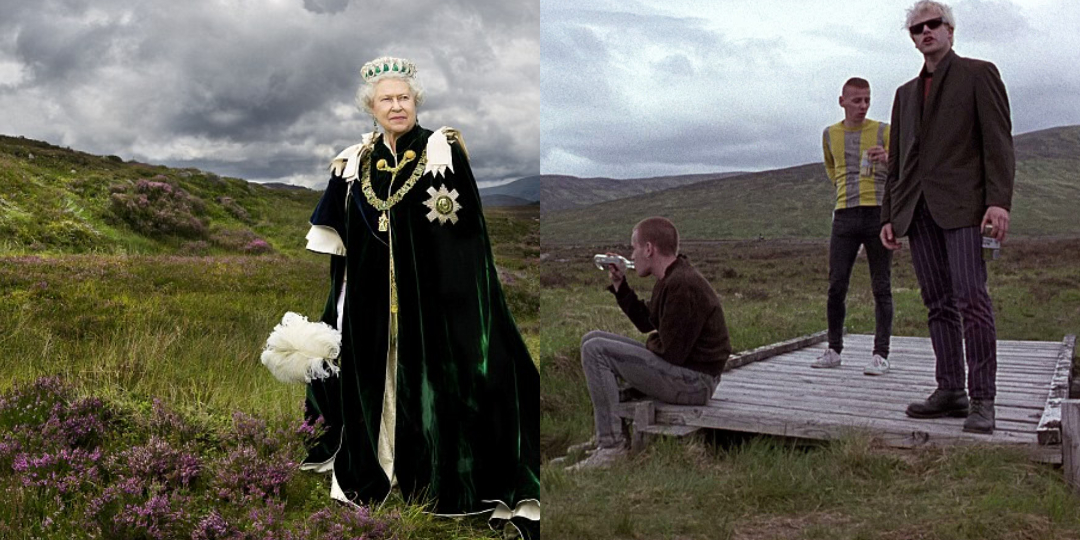 WALKING THROUGH THE CITY last week I met Teegan. She was sitting on a pile of flattened cardboard boxes, her knees pulled up to her chin, and with a paper cup containing a handful of coins at her feet. Everything about her stopped me in my tracks. She was young, pretty, and had long dark hair. She was completely out of place in what it means in my imagination to be homeless. “Would you like a cuppa?” I asked. She asked for a cappuccino. I bought her a cappuccino. She was a smoker, so I rolled her a fag and we had a coffee and a smoke. What she told me, I’ve heard a hundred times. She was brought up in the north of England, was in care by the age of thirteen, and was turned out onto the streets at eighteen. She didn’t sleep in hostels because of the violence and the drugs. Rather, she slept rough in a park. Every night, she told me, men would ask her if she wanted “a bed for the night.”

Another night, again walking home, a police car pulled up beside me and the officer in the passenger seat wanted to know if I had been climbing over the wall of a nearby factory earlier. He was taken aback when I said that that was indeed me. Someone had called them to report a burglary in progress, but that wasn’t me. What was assumed to be me breaking into a factory yard was me clambering over a fence to talk to my neighbours – Darren and Natalie, a couple living in a tent. The driver, who gave me the impression of being in charge, informed me that this was trespassing. “Forgive me my trespasses,” I said, “but I hope you don’t mind me climbing over again – I promised to bring them some tea and something to eat.” What happened next gave me a lump in my throat; they drove me home and waited for me to boil the kettle, fill the flask, and make a few sandwiches, before taking me back and helping me over the fence. “Crack on,” said the officer in charge.


Teegan is 19 and homeless in Dublin. She grew up in care. She sleeps rough because the hostels are violent and fill… twitter.com/i/web/status/1…

Meeting the basic needs of people in crisis trumps whatever the law demands, and that night I was touched to see even the upholders of the law suspend the law for the good of their fellow man. Hunger and homelessness are crimes against dignity. They are an affront to the inalienable rights of our sisters and brothers wrought, like all of us, in the imago Dei. Ignoring the homeless and their suffering is a crime against love and compassion, walking past “on the other side” is a decision – conscious or otherwise – to perpetuate the injustice society has foisted upon them, and this is, by definition, a crime against humanity. There will come a day, I am sure, once our fetish for self-centred capitalism is overcome, when we will look back on homelessness and hunger with the same disgust with which we now look back on slavery. Both are alike – homelessness and hunger are seen as necessary consequences of the market and the economy, exactly as slavery was once justified.

On Monday morning, shortly after ten o’clock, the lifeless body of a man was discovered in an Argyle Street doorway beside Central Station. He was a rough sleeper, and so the police said his death was not suspicious. An hour later, on the London Road near the Barra’s, the body of another man was found. Again, homeless. Again, not suspicious. Apparently, there is nothing suspicious, nothing questionable about human beings dying on the streets – an unfortunate, yet necessary consequence of our way of life, of our economic system. Nothing odd or strange about this at all.


A human being has died in Glasgow while sleeping rough. Homelessness is a crime against dignity. twitter.com/news4Glasgow/s…

Well, that’s not good enough. The death of homeless people as a result of sleeping rough is damn suspicious; it is a crime, it is premeditated murder, and the economy – our way of life – is guilty. In a very real way, we all share responsibility for their deaths. We are all, in a real sense, guilty of the crime of making homelessness “a necessary evil.” The causes of poverty and homelessness are structural, they are rooted in the economy and social structure we all, in some way, perpetuate – and this is the real challenge homelessness and poverty pose us. “Through negligence, through weakness, through our own deliberate fault,” we all share in the guilt. One quarter of Scotland’s children live in poverty, families wait in line at foodbanks, women and men sleep in doorways, and people – human beings – die on the streets because, at some level, we allow this to continue. I am as guilty.

If you remove the English army tomorrow and hoist the green flag over Dublin Castle, unless you set about the organisation of the Socialist Republic your efforts would be in vain. England would still rule you. She would rule you through her capitalists, through her landlords, through her financiers, through the whole array of commercial and individualist institutions she has planted in this country and watered with the tears of our mothers and the blood of our martyrs.

Like Connolly, likely inspired by him, I too lay the blame for this at England’s feet, or – more correctly – at the crown, at the apex of the class system; the social concretisation of economic injustice; the monarchy. When I hear the monarch described as the “defender of faith,” I scoff: Sure, she defends the faith – the belief in place and privilege, in wealth and the right to own privately what nature has provided for free, and in inequality, poverty, and economic murder. The “faith” of the monarch – the physical embodiment of the constitution – is, by its very nature, criminal.


@Jeggit Having a monarchy endorses Inequality because it encompasses everything about entitlement. This then feeds… twitter.com/i/web/status/1…

As liberation is my understanding of “independence,” I do not believe that Scotland will be independent – in the fullest sense of that word – until we have freed ourselves from the constitutional embodiment and all the legal symbols of social and economic inequality and injustice. This is why I am a Republican, and this is why I see the establishment of the Scottish Republic as the only true independence – everything short of this being provisional until the Republic is realised. Not everyone will of course agree with this, and some, no doubt, will want to see a transition; the dissolution of the union prior to the removal of the monarch as head of state. But, all the while, as politics concerns real life, we must always interrogate the meaning of independence. Is this an end in itself, or is it part of a greater vision for Scotland and the people of our nation? Obviously, for me, so long as the crown and everything that it represents and guarantees in Scotland is maintained independence will not be liberation.

5 thoughts on “Britain: Pomp and Pauperism”