An Attack on Truth Itself

POLITICISING A PERSONAL TRAGEDY is, generally speaking, frowned upon – and rightly so, but the death of Lyra McKee was a political event; a horrific and senseless murder committed in the name of a cause at the very fringes of Irish politics. Lyra, a talented 29-year-old Belfast journalist, was shot and killed on the streets of Derry’s Creggan housing estate during a standoff on Holy Thursday night between so-called Republican Volunteers belonging to the New IRA and the PSNI. In a statement released by Saoradh, the political voice of the New IRA, it was reported that she “was killed accidentally while standing behind armed Crown Force personnel and armoured vehicles.” Indeed, she was standing behind the police line, but there was nothing at all accidental about her death. This was not manslaughter. Her death was a politically motivated murder, committed by hooded young men discharging firearms at the police. Their intention – as there can be no other intention when aiming and firing a gun – was to kill someone, and they killed someone – Lyra McKee.

Her death sent a shock-wave over the whole island of Ireland. Both the shock that Ireland’s Troubles had claimed yet another life and the realisation the Troubles were not entirely behind us, elicited a profound sense of grief and anger across the nation. All of a sudden Lyra McKee, a young woman with a life and a story of her own, with a bright and promising career ahead of her, had become a symbol of the precariousness of Irish politics under the shadow of Britain’s Brexit. A “ceasefire baby” had become the first victim of a new political chaos, one which today threatens to pull Ireland back into the mire of violence and destruction – back to the darkness and misery from which we have so complacently believed the Good Friday Agreement saved us.

No matter the old justifications for armed conflict in the past, the ceasefire and the Good Friday Agreement ended the armed struggle of the Provisional IRA and brought Sinn Féin into a power sharing relationship with the DUP in Belfast. The war was over. The war is over. Yet, events at Westminster, coupled with the effective collapse of the Stormont executive, have progressively destabilised the peace process and strained the fragile bonds of trust that have been forming as a result of this peace. While the blame for the murder of Lyra McKee lies squarely at the feet of the New IRA, the actions of these thugs have been provoked and made possible by a wider set of political failures – not least the failure of Stormont and the British government, as Emma DeSouza has said, to fully implement the Good Friday Agreement.

The GFA was always an incomplete agreement, a highly functioning band-aid stuck on one of Europe’s longest lasting civil conflicts. It was made possible with US intervention, the rare willingness of a British government to pay attention to Ireland, a series of concessions made in good faith by the people of the 26 counties, and the overwhelming desire of the people of Ireland for peace. But it was never a done deal, it was always – at best – a provisional agreement; a fragile peace, always vulnerable to the changing conditions of Anglo-Irish politics and the whims of the British government. Britain’s want to put its own selfish interests over peace and security in Ireland through the Brexit process has fundamentally weakened the Good Friday Agreement and made a return to violence possible. This was made clear when the New IRA detonated a car bomb in Derry. Now, with the murder of Lyra McKee, we can be in no doubt the peace is under threat.

“I carry this flag for all of us,” said Sinn Féin president Mary Lou McDonald at a vigil for Lyra on Good Friday, “who believe in an open, inclusive, tolerant, modern, new Derry, in a new Ireland.” The rainbow flag held by McDonald, an emblem of McKee’s struggle as a gay rights activist, was transformed into a banner for those who believe in peace to rally to – a symbolic gesture necessary only, as Mary Lou McDonald knows, because there are those in our midst who do not want this open and inclusive new Derry in a new Ireland. Her sentiments were echoed last night by Dublin Sinn Féin Senator Máire Devine, who responded to me by text saying: “Peace on our island, so painfully won, was shattered with the speed of a moronic bullet.” Senator Devine’s thoughts are with Lyra and all who love her, but she too is aware of the political nature of her murder: “We won’t allow thugs terrorise our communities nor damage the short journey to a United Ireland.”

And this is it: A return to violence in Ireland jeopardises the work of the Republican movement. No matter how conflict is begun and no matter who starts it, violence threatens to derail the democratic process – so hard won – that has brought us closer to an independent 32 county Republic; the only political reality that can safeguard everyone in Ireland from the chaotic and destructive politics of England. This is, after all, Ireland’s truth – the truth of the Republic – that Ireland is one nation, and only as one nation, united, free from Britain, will political violence and murder be things of the past – a sobering reminder of Pearse’s: “Ireland unfree shall never be at peace.”

Lyra McKee’s murder was, as a journalist, as President Higgins said, “an attack on truth itself.” It is also very much an attack on Ireland’s truth. For as long as Derry, Down, Tyrone, Armagh, Antrim, and Fermanagh remain under the control of the British state, separated from the rest of Ireland, so long as Britain keeps part of Ireland subject to the priorities of England in Westminster, and ignored, dominated, and neglected, there will always be the potential for a return to violent conflict. People’s lives will always remain under the shadow of violence and the horrors of war. Since 1998 a provisional peace has carried us a long way, but once again decisions made in London and for the benefit of England have brought bloodshed to Ireland. This has been a peace made possible only insofar as England respects it and sees the need for it. What we have learned in the past few days is that when England sees the GFA and the north of Ireland as obstacles, it puts its own wants before the needs of Ireland, and with the same predictable results. Peace in Ireland can and will only be possible when that peace is decided and ensured by Irish people for Ireland and in Ireland.

2 thoughts on “An Attack on Truth Itself” 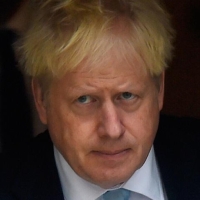 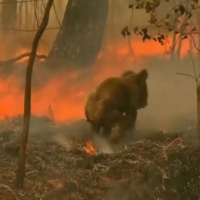