It may come as something of a surprise to readers that I am an avid coin and stamp collector – or probably not. As a display of soft nationalism, coins and stamps are fascinating. Throughout history coins, banknotes, and stamps have served a number of purposes over and above their simple functions as units of exchange and payment for postage. What has appeared on them has quite actually stamped on societies an image of who is in charge, a collective sense of cultural or national identity, and icons of a people’s achievement. Perhaps my favourite is a stamp from the era of the Irish Free State, the 1930 commemorative of the Shannon hydroelectric station which celebrates the success of Ireland’s rural electrification scheme in the years of national transition from British domination to independence. It’s not pretty. What power station is ever pretty? But that’s not the point. This 2d stamp is a statement of pride in a nation, long under the boot of a foreign power, making something of itself; laying the foundations of a modern and prosperous Ireland.

There are two others in my collection with a much darker history attached to them. Both are German stamps from the early years of the National Socialist regime and both depict the same image of the Brandenburg Gate impressed over with the eagle bearing the swastika, the official emblem of the Nazi Party. Both of these stamps are also dated to the early 1930s, and, unlike the Shannon hydroelectric stamp, tell the story of what happens when a country relinquishes its freedom, when it slides from democracy into despotism and totalitarianism. We can tell so much about the nature of a state and where it is going by what it puts on its stamps and coins. The Irish stamp speaks of an investment in the future, about improvement and development, while the Nazi stamps in the collection shout out their authority and do this almost with a hint of insecurity.

Euro banknotes, on the reverse side, all depict a different architecture of bridge – not real bridges so as not to leave some states unrepresented, but types of bridges that exist all over Europe. These too speak of advancement without neglecting our shared heritage. Yet, the bridge is more than a mere structure. It is a symbol of the European project; about building bridges, about bringing people together. The Euro banknotes tell us something about the European Union, or tell us something about what the EU thinks of itself and hopes to project to the world. Bridges, quite unlike boundaries like rivers and walls, are a potent symbol of peace and unity.

In May 2018, as part of the Europa series, Ireland featured two bridges on its stamps, the Boyne Viaduct and the Mizen Head Footbridge. Back in 2004, to mark the state’s Presidency of the European Union, it put the Mary McAleese Boyne Valley Bridge on the 48c stamp. Self-confident, open, and forward-looking countries tend to like bridges and other symbols of progress and peace on their stamps and banknotes rather than authoritarian or militaristic imagery. Surely, we would expect the same from Scotland? We know Scotland to be a nation in the process of self-becoming. Whatever happens constitutionally in the coming years, Scotland is a small self-confident nation, it is going places. Scotland is blossoming – even in the midst of the absolute chaos of Westminster politics. But Scotland is a strange exception. Even from within the nation there exists a “cringe,” a deep-seated sense of embarrassment and awkwardness at our modern achievements. 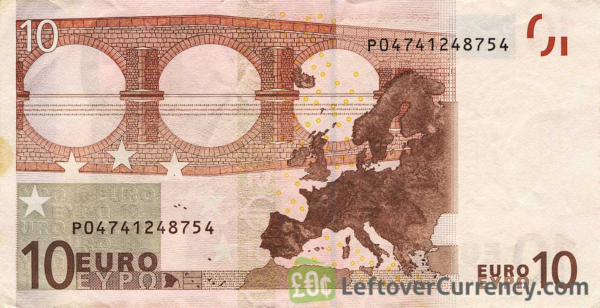 Purely in architectural and aesthetic terms, the new Queensferry Crossing leaves the Irish bridges on Irish stamps behind. This is, as any visitor to Scotland will tell us, a thing of splendour and beauty. Seeing it for the first time in a recent trip to Kirkcaldy, I was wonderstruck. Scotland built this! We built this! Now, of course, I am left wondering why this isn’t on our banknotes? Why is it not good enough to be featured on British stamps? Not so long ago the Spitfire made it – again – to the Royal Mail’s stamps. The Battle of Britain was nearly eighty years ago, for Pete’s sake. But the need for Brexit pro-British jingoism and militarism was deemed more important than Scotland’s present-day architectural wonder, a symbol of bringing people together at a time when the whole world seriously needs a bit of togetherness.

Rather, what we get is a sneer from the gallery, from those who would prefer to see Scotland the perpetual underdog in a union where it can never be thought of as good enough, smart enough, or even big enough to be recognised for its real achievements. That’s not fair. By any measurement of fairness and merit, that is simply not fair. It’s not right that what we do in our country – and what other countries so rightly celebrate – is mocked and derided by people in positions of influence even inside our own country. This ghastly, self-hating ill opinion of what Scotland has become and what it is capable of doing says something truly disturbing of our collective psyche; it says that we have not yet overcome our subject status within the British state-political project. 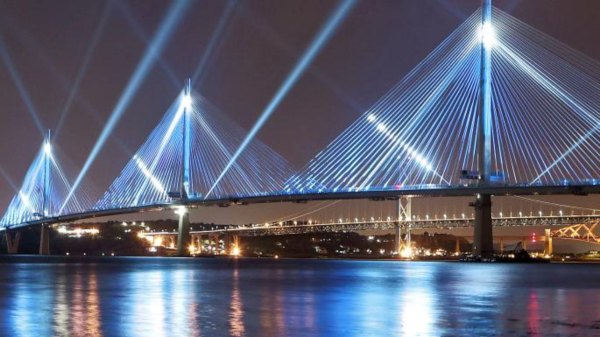 Everything we do, every attempt on the part of this nation yearning to be free to assert itself and proclaim its accomplishments is met with the same barrage of scorn and downright contempt. What Ireland, Belgium, and so many other small countries celebrate by putting on their stamps, coins, and banknotes is written off in Scotland as vanity, silliness, and “nationalism.” It’s not nationalistic to take delight in a bridge, it’s normal, it’s a display of pride – pride in one’s self and one’s collective national achievements. Nationalism is putting a Spitfire on your stamps to remind people of when you whooped the Germans at a time – eighty years after the war – when the state is waging some class of insane ideological war against the whole of Europe.

Cat Boyd – writer and “internationalist” – gave us another horrifying example of this pitiful self-loathing attitude at the weekend when she posted to her Twitter page a short video featuring an ad by the Scotland Is Now campaign, a campaign designed to attract tourism and foreign investment to the country, with her own comment: “peak nationalism.” As small-minded, xenophobic, and potentially violent supporters of Brexit were marching through the streets of London trailing effigies of hanged politicians behind them, Boyd was doing her best to smear an effort to project Scotland to Europe and the world – “Our beautiful country is open to you” – as narrow, insular, backward, and nationalistic. Paul Sweeney, the Labour MP for Glasgow North, chimed in to mock even the Scottish accent of the actor in the ad – “What’s that accent all about?” Imagine, a Scottish accent on an ad designed to show Scotland as an open and progressive country?!

The truth be told, I’m not angry with them. Both Boyd and Sweeney are victims of the same mental and spiritual colonial scheme by which we’ve all been victimised, the same colonised mindset that led Johann Lamont to suggest we Scots were genetically and intellectually inferior to our English colonial masters when she was leader of the Labour Party in Scotland. But we’re not inferior. Far from it. We are bridgebuilders – and we are a nation of bridgebuilders in every sense of the word. We may not always appreciate how beautiful we are or our awesome our country is, but even in the dark days of Brexit, as the rest of the world looks on in utter disbelieve at the chaos and destructiveness of British politics, Scotland is building a bridge to Europe and the world. When I get to design the stamps for an independent Scotland – and I will design stamps for an independent Scotland – I want to include a bridge, but more than this I want my first submission to be a simple image of a light shining in the darkness, my hommage to the words of Alyn Smith: “I do know Scotland is a European nation. We celebrate international solidarity, we celebrate freedom of movement. If the European Union didn’t exist, we would need to invent something like it, and Scotland would want to be part of it… I am asking you to leave a light on so we can find our way home.”

Alyn Smith – Leave A Light On