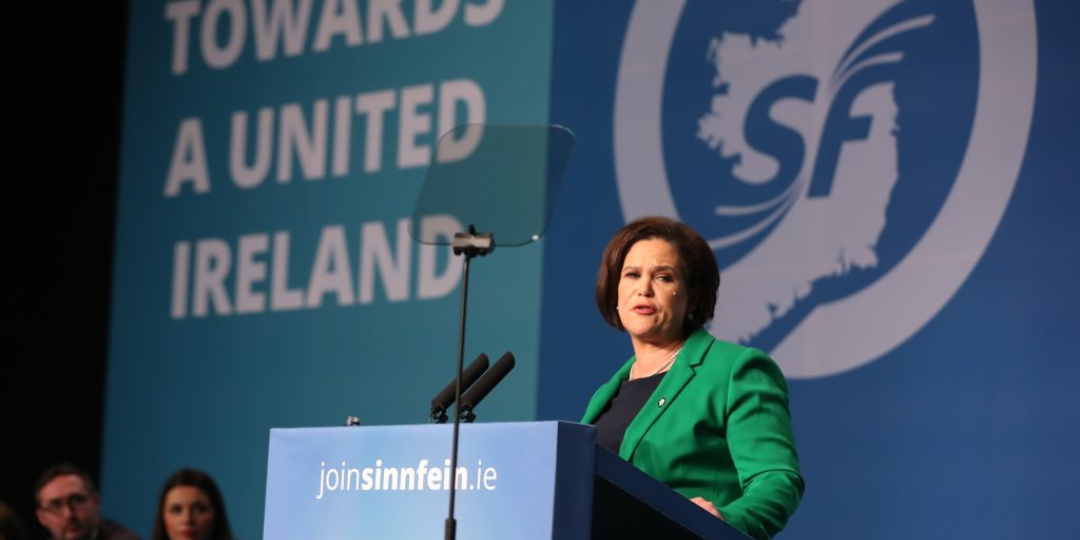 ENGLAND’S POLITICAL IMAGINATION never fails to amuse those of us fortunate to have inherited the freedom gained by those brave Irish women and men who kicked Britain’s sorry arse out of most of Ireland. Never in the history of the British state have Irish, Welsh, and Scots voices been welcome at Westminster. Even a cursory look at the arithmetic of the English parliament tells a story; it is an institution in which, even when added together, the weight of three nations is but a fraction of the weight of England. The House of Commons is a place where – and by their pathetic consent – Scotland, Wales, and the house Paddies of Ulster loyalism are kept under the boot. The expectation is that these defeated people will realise their place and learn to keep their mouths shut. They are guests and observers in England’s parliament.

But there is an exception to this rule. There is a time when the Taffy, Jock, and Paddy is expected to take his seat, straighten his back, pretend to be a man, clear his throat, and speak up – when England is in trouble. No one in Westminster gives a damn that Sinn Féin MPs refuse to take up their seats. The truth be told, the overwhelming majority of those who take the oath, even among the Scots and the Welsh, are delighted Sinn Féin keeps its distance. By the better part it is hated and despised, and by the rest it is a reminder of the very worst of Britain’s crimes and a reminder of the shame and cowardice represented by the royal oath. And here we are again – England is in distress and the same question is on the lips of every oath-taker trying to save England: Why won’t Sinn Féin come to London, bend the knee, take the oath, and take its seats?


Why can’t Sinn Fein take their seats at Westminster. Surely things have changed, we need a more progressive parliam… twitter.com/i/web/status/1…

We in Sinn Féin are completely sick of this question. We have answered it a thousand times. Our founders answered it in front of British firing squads at Kilmainham gaol in 1916, our people have answered it on the gallows in British prisons all over our beautiful and holy island, we answered it in H-Block wearing nothing but blankets in dark cells smeared in shit, and I – the least worthy to answer this question – am forced to answer the it again. I will answer, but I will not answer for myself. I will answer for the heroic daughters and sons of Ireland who went before me and answered that monster England with their blood and with their lives.

Ireland is not Britain, it is not England. Ireland is an island and a nation; from Ulster in the north to Munster in the south and from Connacht in the west to Leinster in the east Ireland is one. Dublin – and Dublin alone – is the capital of this island. The green, white, and orange is the banner of this nation; our flag of war and the promise of our peace. Dáil Éireann is the only parliament in which the sovereign people of Ireland express their democratic will, and it is to the Dáil that we elect our Teachtaí Dála (TDs), our elected representatives. Britain is a foreign country. It is another island, another state, a land of foreigners, the home of the people who raped and brutalised our home for hundreds of years. An Irish politician has no place in Britain’s parliament.

In 1916 the imperial army of England descended on Ireland like a wolf on the fold. All along the Liffey its troops laid siege to the new Republic – An Poblacht na hÉireann. Britain’s field guns and gunboats razed our capital to the ground, after picking off children and their mothers. They treated the surrendered like dogs, stripping naked and mocking our president – that saintly man Thomas Clarke. They lined them up and shot them dead. And when the tanks and the soldiers were brought out in Glasgow in 1919 the animals returned to Ireland. All over this island the British government unleashed irregular soldiers – the Black and Tans, with orders to rape, torture, and terrorise the people of this nation; to make them once more Britain’s slaves.


Worth bearing in mind - John O’Dowd and Sinn Fein have 7 SEVEN MPs who could vote in Westminster and counteract the… twitter.com/i/web/status/1…

For the hundred years since it has murdered our daughters and sons. In Belfast and Derry, the British government worked with murder gangs to keep Ireland on its knees. British soldiers went house to house in Belfast, killing in cold blood children, mothers with babies in their arms, and the priests who rushed to their help. On the streets of Derry, the British Army massacred men, women, and children out looking for nothing more radical than a vote; the protection of their rights.

But we defeated England. We rose up and we sent those beasts with their medals from Flanders packing back to their own land with a flee in their ear. Irish women and men went out as a risen nation and drove the British crown out of their land. In the north, where that job is not yet finished, the British government let a Sinn Féin MP starve to death in 1981. Bobby Sands MP never sat in Westminster. Thatcher murdered him in a British prison in his own country. Bobby Sands MP never sat in Westminster. He never disgraced himself, never betrayed his people and nation and cause by taking an oath to the queen of England. Let me tell you, there is not a subjugated MP in the Commons who can hold a candle to that young man – not a one.

8 thoughts on “Why Won’t Sinn Féin Take its Seats?”