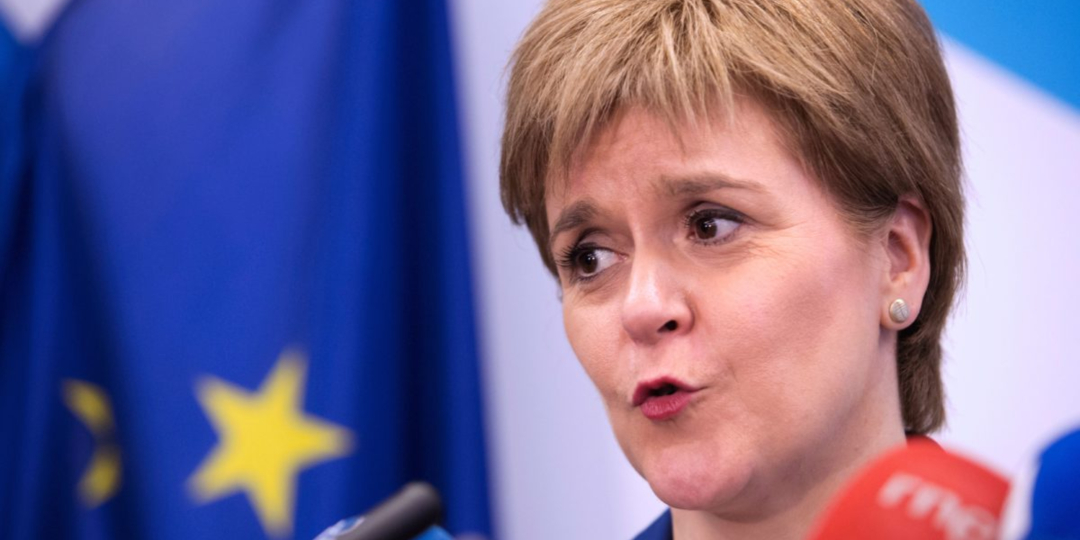 England is burning. England has been engulfed in a conflagration fuelled by the bitter wax of resentment from a melted empire, from the countless blood red tapers of imperial and colonial outrages committed in every corner of the globe. Once the swaggering bullyboy of the world, the butcher of tribes and tongues and peoples and nations, little England, long smouldering, has burst into raging flames. As its Prime Minister now blames Europe, her own party, and anyone and anything within reach for her own spectacular failures, so too does England blame everything but itself. Its greatness, it vainly imagines, has been eclipsed because of the poor, because of the foreigners, and because of all the ill it itself created.

Brexit is not the problem, as so many seem to believe. England’s decision to leave the European Union is a symptom of a much more profound sickness, and stopping it will not cure the disease. Nothing will put the genie back in the bottle. Brexit was not the result of a referendum. Brexit has been stewing in the deepest bowels of English society since its flag was lowered for the last time in India. The narrowness and spitefulness of Brexit was brewing in the halls of the establishment, in the newspaper offices, and in village pubs since Jamaicans, Indians, and Pakistanis first began arriving on the steamers from the edges of Britannia’s shrinking domain – since it was first feared that the “black man will have the whip hand over the white man.”


In some ways, I think Brexit must happen. England is a 'past it' punch drunk boxer who still thinks it's a title co… twitter.com/i/web/status/1…

The present distemper of perfidious Albion is the bastard issue of fear and loathing. There exists in England a deep-seated hatred for all those it blames for its loss of place and privilege. England is angry at having to come to terms with no longer being the master of all it surveys, at no more being the super man and the master race. It has poisoned its own wells with fetishistic fantasies of the white man’s burden. Yet, it lives in fear; like a man-slayer marked with the sign of Cain – always looking over its shoulder. England suffers nightmares, anxious always that one of its victims will catch up on it. In its courts it fights tooth and nail to defend its soldiers who, in the cause of Queen and country, murdered countless men, women, and children. At Westminster – the Great Whore and not the mother of parliaments – it deprives its former colonial subjects of their rights.

In the bosom of Britain, at the Job Centre and in the dole queue, it has raised up another beast from the ashes of its first victims; the old industrial working class. After eviscerating it and immolating its spirit, after reducing it to nothing but an underclass of the all but dead, it has filled up a storehouse of ressentiment; a truly massive body of former persons – the left behind – which’s existence is almost entirely constituted by its members’ hostility and ill-will towards every authority and every perceived threat – mainly immigrants – to its limited resources, not even a quantum of the measure of the wealth of the world necessary for the living of a life of freedom and happiness.

With or without the skulduggery of fear-mongering, big data, and outright lies, England was always – sooner or later – going to leave the European Union. It was always going to commit state suicide because Brexit has been fomenting in every part of British society for longer than most of us have been alive. Brexit was the hot glowing embers of nearly a century of frustrations, resentments, and hatreds waiting patiently for the right breeze to come along and fan it up into an inferno. That day has come around at last and the flames of England’s vitriol are licking the walls way up past the rafters. The building is burning and already it is too far gone.


Brexit never was about the Maths! It was all about race prejudice, anger, extreme Nationalism, post Empire delusion… twitter.com/i/web/status/1…

What’s all this then about saving England, about having a People’s Vote, a rerun of the referendum, or revoking Article 50? It’s hopeless. Stopping Brexit will not make a blind bit of difference. In fact, cancelling the show will most likely only make matters worse, provoking the angry into a frenzy of rage and destruction. Little England is burning, and it will continue to burn not until the end of Brexit or until Brexit is halted, but until all the contradictions and anxieties that have caused it have been resolved and settled – a process that may take a hundred years. England is being razed to the ground. The house is going up in smoke and all the out-buildings; Scotland, Wales, and the north of Ireland – everything attached to the house, will burn down with it. All we can do is stand and watch as the disaster unfolds. There is nothing we can do.

Scotland at least has a chance. Angus MacNeil was right when he wrote that the leadership of the SNP had worked “hard but fruitlessly” to save Britain from itself and its own dangerous and chaotic government and opposition. With the best intentions in the world, no doubt, Nicola Sturgeon, the First Minister, and the Scottish government have been running down dead ends in their efforts to save Britain from itself. We can’t save England from itself. We can’t be its saviour. All their efforts are futile. Stopping Brexit, especially as effective outsiders to Westminster politics, is an impossibility for the National Party. It is a waste of its time and resources at a time when time and resources are in seriously limited supply. Scotland has reached and even passed the time to cut and run.

When faced with the powerful self-destructive drive of England, especially when we are so completely powerless to help, we are forced to adopt the calm reasoning of Fr. Anthony De Mello: “Maybe they should suffer a little more. Maybe they ought to touch rock bottom…” Of course, what some need is to suffer less, and those we must help, but there are others – like the alcoholic and the drug addict – who need to hit rock bottom first, who need to suffer a little more.

Given that everything and everyone now fastened to England is going to burn, it is now an imperative that Scotland unfastens itself from the disaster. Our efforts to damped the blaze will only now result in our own destruction. We have fought a good fight. We have not let ourselves down. But the truth is that now we have a moral obligation to save who we can and make some good space between us and the stricken vessel. It is now the responsibility of the Scottish government and the National Party – and indeed the whole of the independence movement – to put all of their efforts into the rescue and salvation of Scotland. All that can be done has been done. We have stayed around for much longer than is safe. It is time to go and leave England to its fate.