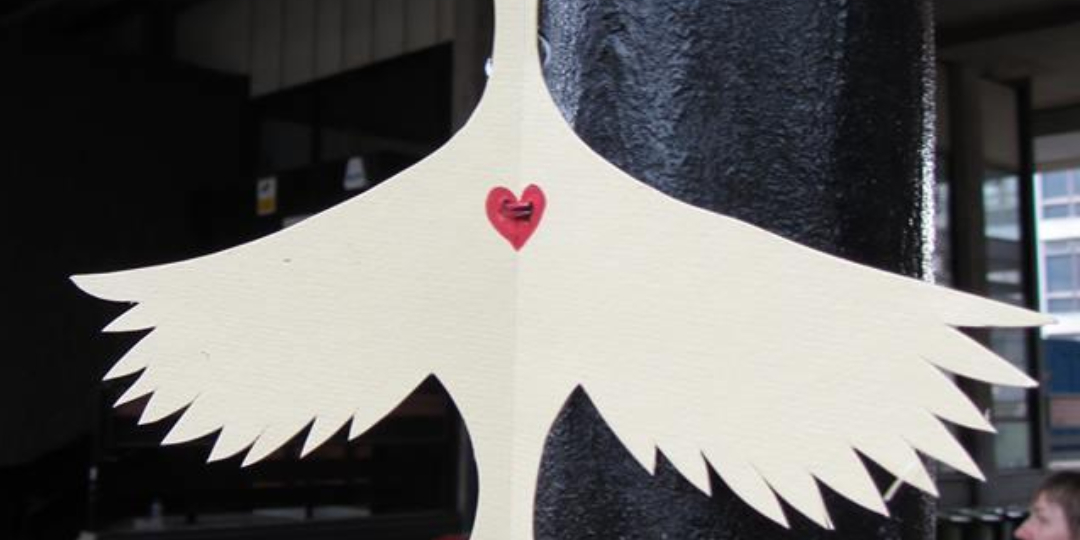 Scotland is Running Out of Time

OUR NEW YEAR IN SCOTLAND certainly hasn’t come with the breeze of fresh optimism for which many of us had hoped. Not exactly the most buoyant of opening lines, I know, but sometimes we just have to bite the bullet. We’re miserable. Across the independence movement, or at least that part of the movement which’s mood I can gauge from where I am, there is a growing sense of foreboding; a feeling that we are getting out of our depths in the dark water of despondency. There are perfectly good reasons, we mustn’t forget, why we are down in the mouth. It’s bleak, dark January. We’ve just gotten through Christmas. There are 351 sleeps until Santa visits us again. But, more seriously, leaving the EU and all the worry that brings is no longer a threat on the distant horizon; this particular enemy is already at the gates.

A few days ago, Thomas responded to me on his Arc of Prosperity website. Earlier last week I had written of a friend who was in the doldrums over his anxiety that Nicola Sturgeon might not call an independence referendum in time to save us from being pulled over the Brexit cliff edge. Thomas felt, as he said in his response, that this could have easily been a reference to him and his mood, and so he shared with us what has been worrying him:

I’m starting to think, however, that [convincing Westminster that our independence will also benefit England] will require disrupting Westminster, campaigns of civil disobedience, and other peaceful means to make them understand that Scotland cannot be governed without the consent of the Scottish people, and I worry that Nicola Sturgeon isn’t the right kind of person for that. She would have been a great first prime minister after independence, steadying the ship and reassuring other countries that an independent Scotland would be a trustworthy member of the internal community, but I’m not sure this is her kind of fight.

Whether he is right or wrong on this being Sturgeon’s kind of fight, he is right. We’ve waited for what seems like an eternity since September 2014, we’ve felt the humiliation of the betrayal of the Smith Commission, and now we’re feeling the castration of the open contempt London has continued to show our democracy over its Brexit project – pulling us out of the EU after we said No. From where we are standing, it looks like Ms Sturgeon and the SNP have parked independence for the time being, preferring instead to play politics according to the rules laid down by the Westminster government. We are frustrated that we are jumping through hoops and dancing to another’s tune, and, after the empowerment and excitement of 2012-14, we don’t much enjoy this feeling of lethargy and we definitely don’t enjoy being kept in the dark. Our restlessness, in this gloomy January, is fast turning to frustration and impatience.

Peter Bell captured this annoyance at being made by our political leadership to wait while it acquiesces to the English drive for a so-called people’s vote:

The position that the SNP has taken – actively demanding [a people’s vote] – looks like nothing more than another delaying tactic. Another way of putting off effective action to resolve the real constitutional issue facing Scotland. Not Brexit, but the Union which denies the people of Scotland full and effective exercise of their sovereignty.

Yes, this is exactly it. We feel as though we are being delayed; held up with pointless busy-work whilst the SNP makes all the right noises to keep Westminster and our own unionists off its case in order to buy it more time to think, more time to gaze at the polls. Meanwhile, in the grassroots, we’re left like schmucks wondering what’s the holdup as the black clouds of Brexit drop their ominous shadows on the ground right in front of us. What are we playing at? It’s quite clearly high time we were on the move, and yet, here we are, standing around holding our mickeys waiting for some magical authority in Bute House to sound the “starting gun.” The starting gun for what? We’re no longer entirely sure the wizard with the boom stick is singing from the same hymn sheet. Other than the stale and hollow slogan “Trust Nicola,” we don’t exactly have a heap of evidence she or anyone else in the SNP is actually planning on giving us what we want.

The reality of our current predicament is this: We don’t know when the next referendum is going to be, and we don’t even know if we’ll be given one at all. Time is fast running out. Our frustration has long since become impatience, and now that is rapidly sinking into depression. The solution, as Barrhead Boy reminds us, is still the same:

The British Union is broken beyond repair. There is not a single way that it benefits Scotland. We have to do whatever it takes to get ourselves as far away from their self-inflicted disaster as possible. The time has come to stop playing by the Westminster’s rules and start playing by our own rules. Rules that benefit our nation, our residents, new and old Scot alike.

There is a tension seeking resolution here, and resolving it is critical. Something has to give. If it turns out that there is no plan for another referendum, if the First Minister is not the right person for this specific job, or if she loses her nerve, the effect of this on the wider movement will be catastrophic. Post-Brexit – without an out for Scotland, London will “do whatever it takes” to stop independence. Please quit this naïve nonsense about waiting until after Brexit, until people really feel the pinch. Brexit is a trap. England, outside of the EU and without a trade deal is in economic peril. England’s imperialist imagination was one born of trade; in the merchants’ manses, in the banking institutions, and in the clearinghouses. British imperialism is first and foremost about financial security – and financial security for England right now is Scotland. Brexit puts independence for Scotland on hold indefinitely. For the rest of our lives, if caught in the Brexit trap, independence is off.

How do we resolve this tension? The answer is quite simple: Ask Ellen Joëlle Höfer. Ellen is a German Scot based in Glasgow, very much living in the fear of expulsion. At any time, like so many non-UK citizens from the EU who’ve made Scotland their home, she can pack up and go. But she chooses not to. Scotland is her home, and she is a Scot. She has made the struggle for independence, the fight for Scotland, her fight – and she refuses to give up. As an alumnus of the Glasgow School of Art, she was distraught when it was burnt down. This too was her home, where her soul was nourished by the Scottishness of the colours of that institution. Rather than do nothing, she returned to the burned-out shell, and, while smoke was still rising from the ruins, she stood on the street and made brightly coloured paper phoenixes – a touching, symbolic gesture.


Hi folks! Until 29 March I'll be travelling round the country speaking to Yes groups, promoting the urgency of inde… twitter.com/i/web/status/1…

This may be a mere symbol, but it is a powerful symbol; one not lost on anyone familiar with the history of Ireland’s long struggle for independence. The Phoenix, the mythical wingéd beast that rises from the ashes of destruction, has become the potent representation of resistance to and rebellion against foreign domination. Ireland’s first stirrings of national independence were actions without consent – they were deeds. Without a starting gun from their MPs at Westminster, the women and men of the Citizen’s Army, the Irish Volunteers, and Cumann na mBan marched out against the might and brutality of the British Empire on Easter Monday 1916. Their actions were symbolic, the outcome was never in any doubt. But in their defeat, from the ashes of the nation’s dreams, arose the Phoenix of a new Ireland – a risen people which could never be defeated.

This is our moment. We have no time left; no time to wait on a signal that might never come, might not even be planned. Action makes things happen, and this is our time to act. We are a democracy, and in democracies the people call the shots and not the elected politicians. We set the agenda and make them dance to our tune. We don’t have a single moment to lose. If we want independence now, and if we don’t want to leave this unresolved for our great-grandchildren to fight anew, now – today – is the time to move without permission. Our depression and despondency will soon lift the minute we are on our feet and moving, doing something. If you still need a starting gun – BANG! – there it is. Now come on!

Nicola Sturgeon on a second referendum for Brexit and Scottish independence

18 thoughts on “Scotland is Running Out of Time”