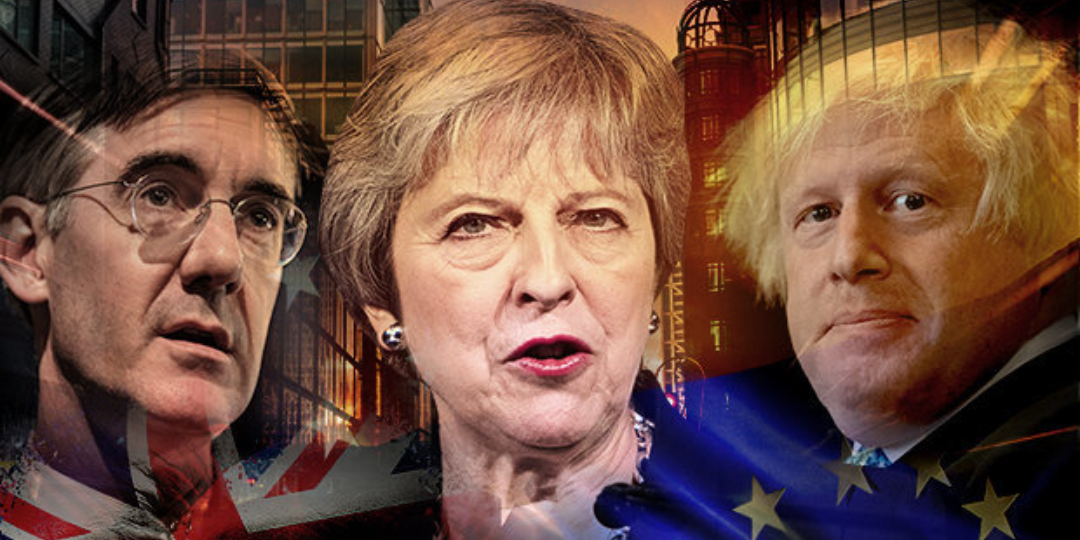 LEAVING THE EUROPEAN UNION will not be a seamless process. This much has already been conceded by senior Conservatives and members of the British Cabinet. Acknowledging there would be at least some degree of economic chaos and job losses, Jacob Rees-Mogg said in an interview with Channel 4 anchor Krishnan Guru-Murthy (21 July 2018) that “the overwhelming opportunity for Brexit is over the next 50 years.” Most people, he suggests, will be able to offset any adverse effects of Brexit with their savings, shares, bonds, inheritances, and work expenses. In light of its realisation food and medicine imports from Europe will be severely disrupted following its departure from the EU, the British government has begun stockpiling supplies; encouraging the public to do the same and tasking the armed forces with distribution and to be prepared for civil unrest. Earlier in September the Prime Minister, Theresa May, appointed David Rutley MP – a former Asda and PepsiCo executive – as food supplies minister, a ministry extinct in the United Kingdom since rationing ended in 1954. Brexit, as the British government knows, will be far from seamless.

According to an article published on The London Economic website Jacob Rees-Mogg, a man with a net worth of £100 million, is in line for a significant windfall after Brexit. Rees-Mogg is a shareholder in Somerset Capital – a fund management firm worth in excess of $9.6 billion which invests in emerging markets. On 8 February, the day after the publication of Jack Peat’s piece in The London Economic, the Financial Times responded with an article by Kadhim Shubber ridiculing its claims and purporting to debunk it, suggesting Rees-Mogg had no say over the firm’s investment decisions. This ploy may have worked had it not been for a later write-up in The Irish Times naming Jacob Rees-Mogg as the co-owner of Somerset Capital after the firm had launched a new investment vehicle in Dublin to escape the potential risks of a hard Brexit.

In an amusing twist, the Financial Times then admitted that Rees-Mogg was more than a mere investor without decision-making powers: He was the investment house’s co-founder. Where this company hopes to grow Mr Rees-Mogg’s investments – in “emerging markets” – should also raise some eyebrows. Emerging markets, as Stewart Patrick at the Council on Foreign Relations says, is a coded corporate terminology for poor nations in the developing world with few workers’ rights and dismal human rights records. He explains:

As countries around the world pursue rapid economic growth, social safeguards in trade and loan agreements—often included at the insistence of Western countries—have become critical mechanisms for promoting human rights. Such safeguards are increasingly under threat, as semi-authoritarian states in Asia avail themselves of new, competing multilateral development banks and trade agreements that privilege national sovereignty over human rights protections.

So, yes, it is true. Many influential Brexiteers will be able to offset any negative effects of Brexit with their savings, shares, bonds, inheritances, and work expenses. This will be possible, of course, because their wealth has already been off-shored. Their wealth, under the protection of wealth management firms, is far away making money off of the backs of exploited workers, child labourers, and in some cases from arms sales in conflict zones and even from slavery. No matter how tough Brexit gets in the UK, people like Philip and Theresa May, Jacob Rees-Mogg, and Boris Johnson will be fine. They are already set to weather the storm and Brexit will benefit them because after the UK leaves the EU their money can be invested in emerging markets, in places forbidden by EU law.

But what about the rest of us? According to one poll commissioned by the Skipton Building Society and published in the Independent earlier this year a quarter of the British population has no savings. It revealed that 54 per cent of people and families spend all of their monthly income on the bare necessities; on food, rent or mortgage, and bills. This year the Trussell Trust, the UK’s largest foodbank charity, reported it had handed out 1.3 million emergency food parcels – the highest rate of foodbank dependence on record. What donations will a foodbank get when the rest of the country is living off what little savings people have and the food they have stockpiled? It is safe to say that when Brexit hits the streets ordinary people will suffer. Those with the least will suffer the most, and those with nothing will be left to die.

“What donations will a foodbank get when the rest of the country is living off what little savings people have and the food they have stockpiled?”

It is no exaggeration to say that people will die. In fact, this is already happening. Malnutrition is now one of the fastest growing causes of death and contributory factors in every nation of the United Kingdom. Figures from the Office for National Statistics show the number of people dying in hospital as a result of malnutrition has hit its highest level for a decade. Discounting the elderly and those suffering from serious and terminal illnesses which have expected nutritional complications, otherwise healthy people are suffering from malnutrition as a consequence of a benefits and sanctions regime in Britain which the United Nations has been describing as a human rights violation since 2013. The UK is a signatory to the UN Convention on Economic, Social and Cultural Rights that guarantees:

[The] right of everyone to an adequate standard of living for himself and his family, including adequate food, clothing and housing, and to the continuous improvement of living conditions. The States Parties will take appropriate steps to ensure the realization of this right, recognizing to this effect the essential importance of international cooperation based on free consent (Article 11.1).

Ongoing austerity policies in the UK, compounded by benefits reforms and the sanctions regime, have put the state in clear breach of the convention as cuts have left millions of people – hundreds of thousands of low-income households – unable to afford to eat regularly and healthily. More people every day are reaching the point where they cannot afford to eat at all. These people, who are already suffering and dying from the effects of malnutrition, cannot stockpile food and medicines. They have no stocks and shares. They have no savings. They have nothing. Food shortages caused by a Brexit engineered to rapidly increase the wealth of members of the wealthy British establishment will kill these people – there is no two ways about this.

This explains why the armed forces have been primed for civil unrest. Desperate and hungry people will do whatever it takes to feed themselves and their families. This – regardless of what the law of the land says – is a law of nature. In the event of a no-deal Brexit there will be an immediate breakdown in trade with Europe. There will be food and medicine shortages and people will go hungry. The economic transition to “Britain’s independence” will not be seamless. It will be chaotic and dangerous. It will take the British state to the brink of starvation and political collapse. No government that would willingly allow this to happen or even threaten this – especially to the benefit its own members – is fit to govern. In the event of civil unrest, the state will use violence to maintain order; to keep its grip on power. We should be prepared for this. But more: If it comes to this, we should be prepared to be part of that unrest – and prepared to bring down the state.