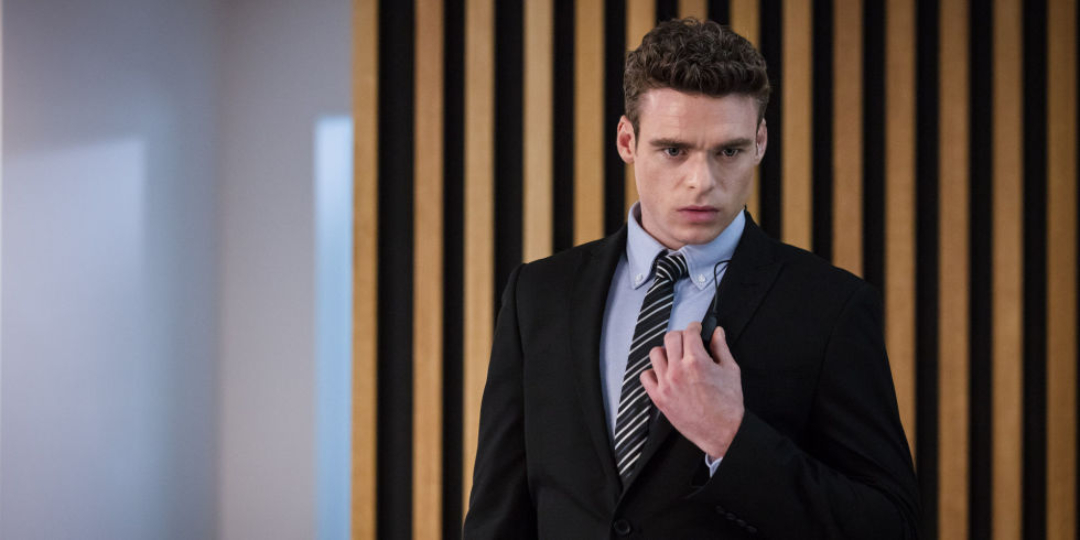 Bodyguard: The BBC and Soft Power

Have you been watching Bodyguard, the six-part miniseries, on the BBC?! This is where the BBC excels. This is television drama at its very best. Sergeant David Budd – played by Game of Thrones star Richard Madden – is 007 for the post-Cold War terrorism generation; the apex of British coolness under pressure, gruff sexiness, and as gritty as a sandwich on the front at Blackpool. There’s nothing this hard-hitting show lacks. In the opening episode we meet Budd on the train, the same train targeted for a suicide bombing. But never fear; leaving his two sleeping kids in the care of a stranger, he disrupts the would-be bomber in the toilets and brings her to her senses – ultimately saving her life (that of a domineered hijabi Muslim woman) and saving the day.

It’s impossible to watch Bodyguard and not be drawn in. The show’s creator, Jed Mercurio, knows what he’s about. He has put together something we’ve all been waiting for since House of Cards wrapped up on Netflix. It’s part The West Wing, part Bourne, part, James Bond, part Spooks, all topped off with a good dash of The Thick of It on speed. Political intrigue, jihadi terrorism, deep state intelligence, blue-eyed boy police personal protection, and sex – with the Home Secretary – all in a tight package right on your telly on the BBC. What more do you want?

But stop! There’s a catch. This is the BBC, of course there’s a catch. All the razzle-dazzle is only the shell casing, the payload – why the BBC has given us this – is in the messages the show leaves with us; it’s all in the aftertaste. Britain’s saviour, our hero, Sergeant Budd, is a walking talking stereotype – the ex-military alcoholic Scot. Without him the British state is defenceless before evil Islamic terrorism, and so, in its usually backhanded way, the BBC dishes up the main dish – the ever-obedient but deeply troubled Scottish übermensch.

There’s a lot going on between the lines in this show, but here – considering the times we are in – we’re going to take a closer look at these two themes, terrorism and the tartan super-man. Both are important because they work together towards the single goal of winning in the heart of the viewer the idea of British togetherness in crisis. Good entertainment, especially on the big screen and the small screen, depends on so much more than great acting and killer dialogue; what every successful piece of art must do is capture the zeitgeist. It has to be in tune with the real world of the audience and so take it on a journey of discovery, where, at the end of which, it will be wiser – taking with it, as the curtain falls, die wahrheit – the truth according to the artist.

Unlike, say, an alien invasion movie or a zombie apocalypse, Bodyguard is of the fantasy genre that touches on, is rooted in, and departs from our – the viewers’ – reality. In this respect Bodyguard is a fiction which is related atop the habitus – or shared reality – of the British; London is real, the government is real, the news and the news reporters – Andrew Marr and Laura Kuenssberg for example – are real, the threat of radical Islamist terrorism is [perceived to be] real. Everything about this series is set in the real and appears to be real – it feels real. After the first fifteen minutes of the first episode it feels as though we are watching the news, that we are part of the drama of the news.


Okay... #BBCOne has done it again... The #Bodyguard is one of the best suspenseful moments on TV! Dealing with hid… twitter.com/i/web/status/1…

This sense of the real – the habitus – is important to Bodyguard, because it is from the real that the fictional narrative takes off and so gives meaning to the events. Here the narrator takes full control of the narrative and tells us the meaning of terrorism. It’s not about the terrorists. Apart from a brief encounter with the suicide bomber on the train and her wicked brown husband (remember: Muslim women do not have agency in the British narratives of immigration, integration, and terrorism), the “terrorists” are conspicuously absent from the story. They aren’t important. The meaning of terrorism – as it is on the BBC News – is to foster a sense of national unity; a reason to come together as one United Kingdom as we did in the good old days of the Blitz.

Yet, it is difficult to rally people behind the state as one nation when, in the real world, there’s a nation in the state in the process of breaking away – Scotland. The hero of the tale, then, has to be Scottish, and he has to be Scottish in a way that is at once redemptive yet recognisable to the audience – the way the British media has taught us to think of the Scots. Budd is an ex-soldier (tick), excels in violence (tick), has anger management issues (tick), and deals with his sorrows by drowning them (and tick). David Budd is ‘the Scot.’


My partner, who happens to be Scottish, has now started talking to me as if I'm the Home Secretary, calling me m'a… twitter.com/i/web/status/1…

In spite of his obvious intelligence, his quick-wittedness, and his natural ingenuity, ‘the Scot’ is slavishly obedient to the point of servility. In fact, this is made quite explicit in a scene – after the first attempt on the Home Secretary’s life (played by Keeley Hawes); after saving her life almost at the cost of his own, a uniformed officer points him to the service entrance of the hotel where she is safe-housed. Take the backdoor Jock! As always, ‘the Scot’ gets ahead in the world by being perfectly obedient to his betters. He cannot be the hero of the story unless he knows his place. The meaning is simple: Britain is in crisis. It needs heroes. It needs the Scots. But for us to be the heroes of this one-nation Britain, this state in crisis, we must do so on others’ terms – as obedient slaves.

Bodyguard is an excellent piece of propaganda. In this, in my opinion, the BBC has surpassed itself. Finally, it has taken steps in the realm of culture to distance itself from Project Fear – putting in its place something closer to Project Hero with conditions. Fear won the day in Scotland in 2014. So good it was, in fact, that it was deployed again during the EU referendum. But there it was defeated, albeit narrowly. People in Scotland have come to understand Fear as a political tool. The British state and its media wing won’t try it again. Bodyguard certainly looks like the BBC is testing new strategies. By reaching into the past – with the ennobled stereotype of ‘the Scot’ – it is hoping, that with an updated twist, it might find the winning formula to save the union. This is soft power at its best, this is what Britain and the BBC do best.

7 thoughts on “Bodyguard: The BBC and Soft Power”