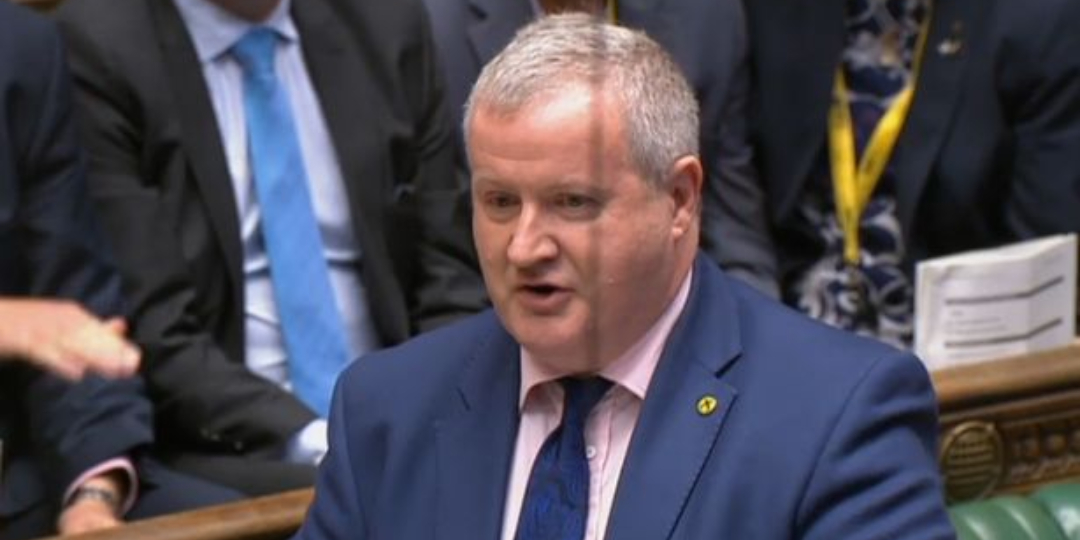 What Britain means when it says “taking back control” is that it wants London and London alone to have total power over everything that happens in the UK. This is a direct attack on Scottish devolution.

When the British government speaks of “taking back control,” as it railroads through the EU Withdrawal Bill in the Commons, there is now no doubt what this means for Scotland and the future of Scottish democracy. Brexit, as has been said before, is about killing two birds with one stone; returning absolute sovereignty to the British ruling establishment and arrogating maximum control over the whole of the United Kingdom by weakening the devolved parliaments. Yesterday we watched as Westminster snatched every area under the competency of the Scottish government in a series of filibustered “debates” without a single Scottish MP allowed to address the House on behalf of Scotland and the Scottish people.

If this is what counts for democracy in London, and if this is how Scotland is to be treated – as a subject to the will of England, then “taking back control” refers to Holyrood as much as it does to Brussels. Without any real prospect of a reasonable trade agreement with the EU after Brexit, and friends abroad as reliable as Trump’s “America First,” London’s economic future is completely dependent on its access to our resources. Britain’s departure from the European Union is therefore inextricably linked to its war against the Scottish government and the independence movement. After yesterday the truth of this cannot be any clearer.


If the #SNP don't follow Sinn Fein's example and refuse to sit they will continue to be forced to kneel. #DissolveTheUnion

With the independence movement as strong as it now is, with the SNP continuing to attract support, and with regular demonstrations in support of independence – bringing out unprecedented numbers of independentistas, the British government will not long tolerate the Edinburgh parliament post-Brexit. Any reasonable political analyst will have realised by now that Holyrood will be high on London’s agenda as soon as the Article 50 negotiations are complete. Brexit will result in either a significant stripping of powers from the Scottish parliament or its closure. This is what Brexit means for Scotland. This is what voting No in 2014 in the hope of “more powers” means for Scotland. The days of devolution are numbered.

It was this affront to Scotland that Ian Blackford, leader of the SNP Westminster group, hoped to address today when he called on the Tory Speaker, John Bercow, to allow for an emergency debate in which Scotland’s members could at least have their say. This, of course, was not going to be entertained in the face of a premeditated and well-orchestrated British state manœuvre. What actually happened, as we all know, was that when Mr Blackford insisted on Scotland’s right to be heard he was expelled from the chamber to wild cheers and applause from the government and Labour benches.


Do you want this to be the end of the SNP's attendance at Weatminster.

In no uncertain terms the people of Scotland were told – and to the faces of their elected representatives – that their voice was not welcome in London. This is made all the worse by the fact that the Scottish parliament has already refused to consent to the terms of the EU Withdrawal Bill, which will see Holyrood stripped of power.

We have every right in Scotland to be outraged at these events. Westminster is not, in the main, where Scottish constituents’ concerns are dealt with. That would be worse than useless. Scottish MPs occupy a mere 9 per cent of the seats in the House of Commons. When we compare this to the 84 per cent held by English MPs, it’s as clear as the nose on your face that Scottish people’s concerns don’t have a snowball’s chance in hell of being addressed at Westminster. The democratic gap is of such a magnitude that we simply do not matter to London. We don’t count. The only real purpose of Westminster, as far as we are concerned, is that Scotland – as a nation, as an “equal partner” in the union – is represented. Today we know that is a lie.

Ian Blackford’s expulsion from the Commons led to the walk out of every MP on the SNP benches, an incident that immediately energised the independence movement north of the border. Within hours it was the top billed news item on the BBC’s website – leading Wings Over Scotland to comment: “So that’s how you get the media to pay attention?!” As news spread, the anger at the treatment of our MPs and the indifference to our democratic rejection of Brexit was palpable, and by the end of the evening the SNP website was inundated with membership requests. It is obvious even at this early stage that Scotland is not prepared to take this lying down. We are a country on the verge of revolt.


SNP walkout is the lead item on the BBC 6 o'clock news. So that's how you get the media to pay attention.

Soon it will be business as usual. Blackford and the SNP MPs will be back in the Commons to feel the contempt of our imperial masters, to be jeered at and mocked, and to be reminded of Scotland’s humiliating powerlessness in the parliament of Greater England. But this is not the way it should be. It’s certainly not the way most independentistas want it to be. Westminster is of no use to Scotland. It never was of any use to Scotland. It’s time to wrap up our business there and bring our MPs home.

Playing by the rules – Britain’s rules – is of no use to us now. There is nothing else we can achieve as a nation sitting in the parliament of another country. We have a parliament in Edinburgh, and that is where all our business should now be done. That is the only real parliament of Scotland. So rather than getting back on our knees by returning to the green benches, I’d like to see our SNP MPs adopt a similar abstentionist policy towards the London parliament as Sinn Féin in Ireland has. Until we have won our independence let’s by all means elect our MPs, but let the British government see our opinion of the union in the empty seats.