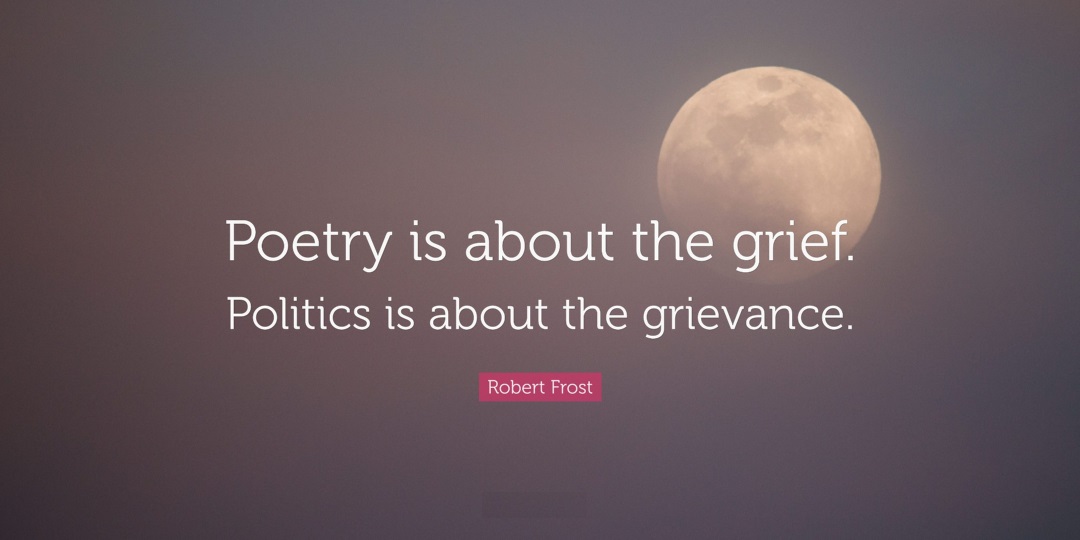 All politics is a politics of grievance. Yet Scottish unionists want to ignore this and insist that only their opponents are “grievance mongers.”

Without ever having managed to articulate a positive case for the union, British nationalism has consistently relied on a crib sheet of clichés, slogans, and ill-informed assertions in its efforts to stem the growing demand for another independence referendum. Even before the 2014 referendum the independence movement was familiar with the accusation that Scottish nationalism was founded on what the unionists called “grievance politics.” According to this complaint Scottish people’s concerns over Westminster austerity, welfare sanctions, and the skyrocketing rate of foodbank dependence were little more than petty grievances on which they had constructed a case for independence.

Over the course of this whole national constitutional debate the unionists and British nationalists have been all too happy to ignore the inconvenient truth that all politics is based on grievance. Had one social or political class no issue with the social or political class in power there would be no need for politics and no reason for social and political division. But the simple fact is, and as Karl Marx rightly said, all history to this point has been the history of class struggle – the history of social and political groups’ grievances with the ruling establishment.


The SNP activists want a new independence referendum, because they always do. Sturgeon is committed to providing it… twitter.com/i/web/status/9…

Grievance – or legitimate grievance – is and has always been the catalyst for political action and social change. What perhaps the unionists in Scotland have been attempting to convey is the idea that the grievances of “the nationalists” are illegitimate; that they are founded not on a demand for social and political justice but rather adopted as useful weapons for an agenda driven by less noble motives like Anglophobia, racism, and bigotry. Given the constant repetition of the unionist slogan that “the nationalists” hate the English, it would indeed appear to be the case that this is the argument they are trying to make. Either way, the unionist position is weak. It is either saying that the social issues central to the argument for independence are unimportant, or that the independence movement has simply leapt on them as expedient tools – a case the evidence does not support.

The unionists’ claim that pro-independence support is rooted in grievance – legitimate or otherwise – is in itself, ironically enough, only another form of a politics of grievance. But we must let them have this if we are to accept that all politics is based on grievance.

Any political discussion worth its salt – a more grownup politics not built on infantile rhetoric and political point scoring – will concede the significance of grievance, and in so doing aim to weigh the comparative merits of each side’s grievances. On the one hand then we have the issues championed by the independence movement; the return of 1920s levels of inequality, the austerity agenda, Scotland’s real and measurable democratic deficit at Westminster, and the internationally recognised right to self-determination. There is no reality in which these grievances cannot be seen as legitimate, thus requiring an articulate response from those in power. On the other hand we have the grievances of the unionists; that the independence movement exists, that it is challenging its power, and that it dares to have and articulate legitimate grievances. These are absurd.

It gets worse for unionism, however, with individual unionists clutching at straws in their efforts to delegitimise the independence movement’s grievances and invent their own. Examples of this abound, and we are well familiar with them: The claim that the Scottish government’s baby boxes will only result in the incineration of our wee bundles of joy, that Scottish infrastructural investment – lauded everywhere else in the world – is here nothing but a “vanity project,” and that independence will only hasten an invasion by space aliens (yes, they said this). We have to hand it to them; they’re not gifted when it comes to expressing political issues of genuine social value.

By far the worst, most disgusting, of these is when an attempt is made to link awful human tragedies to the unionists’ perceptions of the failures of Scottish nationalism. There is no shortage of examples of this either. On Wednesday this week trade union activist Leah Franchetti, the vice-chair of Glasgow Shettleston’s Constituency Labour Party, shared the Manchester bombing memorial cover of The Manchester Evening News on Twitter, adding: “What nationalists will never, ever get: it isn’t about flag waving, it is about a shared sense of values, place and love for people who are just the same as us.”


What nationalists will never, ever get: it isn’t about flag waving, it is about a shared sense of values, place and… twitter.com/i/web/status/9…

Ms Franchetti is actually suggesting that waving a saltire at a pro-independence rally is incompatible with an emotional intelligence developed enough to be heartbroken at the mindless murder of children. This is Ms Franchetti’s grievance – and it is pretty damn wanting. More damning than her twisted take on people who attend rallies – people who do what trade unions have been doing for years – is her callous and cynical use of the deaths at the Manchester Arena as a stick with which to beat her political opponents. How can anyone do this and think it is acceptable behaviour for an adult? But this is the calibre of the politics of grievance currently being manufactured by unionists and British nationalists in Scotland. Franchetti is no exception. She’s the rule.

Of course, as supporters of independence, we have a list of grievances. Without those objections to London rule we would have no reason to seek independence and there would be no Yes movement. Likewise, the politics of unionism begins with its own set of grievances. That – as we have said – is politics. The difference is that our grievances are rooted in real injustices, whereas the grievances of unionism arise from a reaction to the challenge to its position of privilege and power. People in positions of power, be that in office or membership of the élite or ruling social class, do not like to be challenged. It grieves them.

One thought on “Scotland’s Grievance Politics”