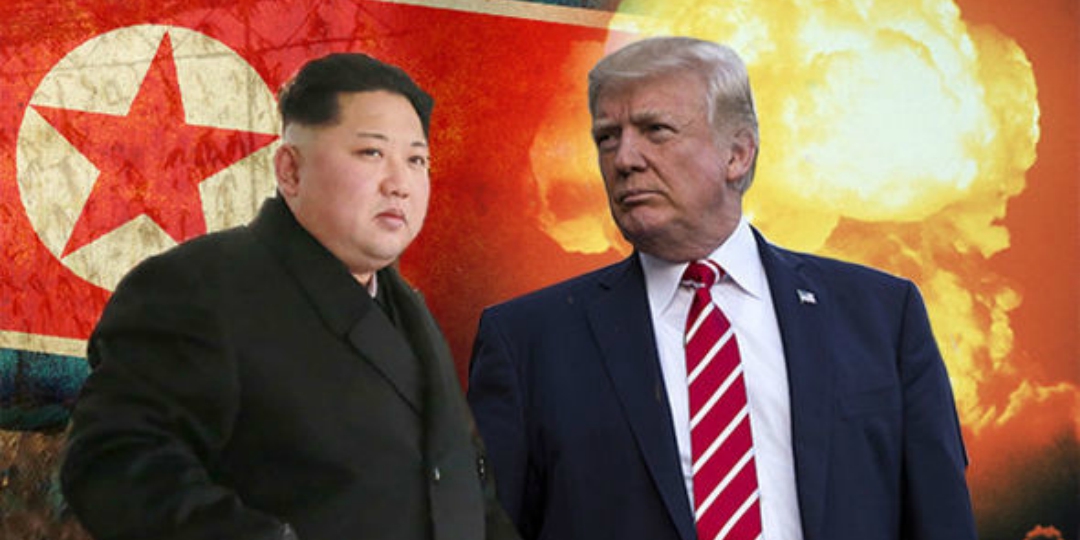 On the Eve of War

We are closer to war today than we have been since the height of the Cold War. In fairness, to speak about the possibility of war in the early twenty-first century is almost nonsensical; through the twentieth century – with empire and its collapse and the advancement of technology and communications – war has become endemic. Yet, while the frequency and intensity of civil conflicts around the world continue to rise, global conflict between states – of the type last seen between 1939 and 1945 – has become a distant memory. We have come to think of such a war as impossible. But this is no longer the case.

Peace – or security and stability – will continue only as long as a number of conditions are met; there must be no significant challenge to the international balance of power, states must feel secure and have a reasonable degree of certainty in the trustworthiness of their neighbours, and world leaders must be competent, consistent, and predictable. When any one or any combination of these prerequisites are not met the likelihood of international – even global – conflict increases. Right now, on the international stage, none of these conditions hold.

As evinced by its increasing reliance on mercenaries and its coalition partners in its “interventions” since 2001, the United States – as the sole post-1991 superpower – is overstretched. US foreign policy in the Middle East and North Africa has resulted in the complete destabilisation of these regions, precipitating population displacement and a refugee crisis unseen since the end of World War II. This has had a number of negative consequences for global security and stability.

In one way or another, the deterioration of state control in the Middle East has facilitated the formation and spread of the Islamic Caliphate (ISIS) and other statist and non-state brands of militant Islamist extremism. More radical and more brutal expressions of the Islamic freedom fighter, equipped and trained by the CIA to resist the Soviet invasion of Afghanistan, have rallied across the entire region to resist US hegemonic expansion. The ongoing use of such “assets” by the CIA, MI6, the DGSE, and Mossad has undoubtedly contributed to the blow-back – in terms of domestic terrorism – in the west. The refugee crisis this has caused has added to the pressures being experienced in other states in the region; further destabilising them, and has seriously undermined the political cohesion of the European Union.

US attempts in the Middle East to monopolise access to the region’s oil are encroaching on Russia’s resource and strategic interests, further cooling the relationship between Russia and the west. The US’ policy of encirclement has been countered in Moscow with a reinvigoration of Russia’s hard power, a process that has only been encouraged by what amounts to the west’s appeasement of Putin in Crimea and eastern Ukraine. The growing stand-off between Russia and the west has been limited thus far to Russian expansion in its own backyard, proxy wars, sanctions, and a mutual escalation in cyber-warfare, but the factors which can lead to open hostilities are many and increasing.

In East Asia and the Pacific it is now clear the US no longer has the capability to neutralise an active threat from North Korea. Kim Jong-un – even without the nuclear option – has the ability to bombard the South Korean capital with 10,000 rounds per minute, resulting in millions of casualties. North Korea’s rockets pose a serious threat to South Korea, Japan, and US forces in the Pacific. US military analysts have confirmed the US’ inability to control North Korea with force without triggering a North Korean response which may include a nuclear strike on Hawaii and the western continental United States. Washington has been forced to rely on its ever weakening soft power options.

Other than supporting international sanctions on Kim Jong-un – and largely only to keep the US happy, China has no real desire to see the collapse of the North Korean regime. Any internal collapse would be the catalyst for a US-Chinese race to Pyongyang to secure “loose” nuclear weapons, and Beijing – after three decades of building up its powerbase in the region – does not want Korean unification under US or South Korean terms, and it certainly does not want GIs stationed along its border. North Korea has become the PR China’s necessary but insufferable friend.

Leadership in the west is in crisis. Post-Brexit the European Union will be faced with the necessity of further political integration and the internal resistance this will inevitably provoke. It may be decades before the EU is again in a position to move from consolidation to expansion. Brexit has put a significant dent in British soft power. The increasing isolation of London will push it closer to the point of becoming a US satellite, making it ever more likely to follow US hard power policies.

Donald Trump’s utter incompetence has opened up for Russia and China the rare opportunity for them to press ahead with their own ambitions, and this is precisely what is happening. Both Putin and Xi Jinping understand that this is a limited opportunity. They have the chance to shift the balance of power in their favour, making it impossible for the US to reset it once Trump has left the Oval Office. With Russia and China on the march there is no small danger of an overreach to which the US, under a dangerously unstable Mr Trump, will respond.

At present the necessary conditions for international peace and security – the safeguards against the possibility of a new global conflict – are not being met. The post-Cold War balance of power qua US global dominance is shifting, and is in real danger of becoming an uncontrollable cascade of change. Trust between the west and Russia is as low today as it was during the worst days of the Cold War. The international community has little confidence in the US and Russia’s ability to preserve the conditions of peace or even to curb their own selfish state ambitions. But, most worryingly, leadership in the west is at a low ebb in terms of ability and predictability – and at a time when other powers, less democratic and accountable powers, are holding the best cards. We appear to be entering a new July Crisis.

Are we heading for a third world war?- BBC News