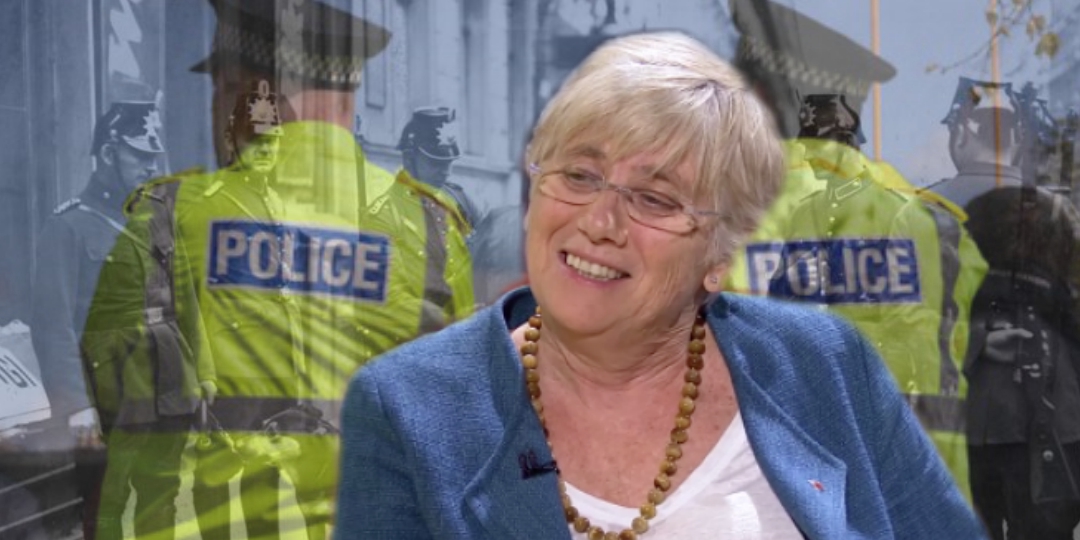 “We can confirm,” tweeted Police Scotland yesterday afternoon, “that we are in possession of a European arrest warrant for Clara Ponsati.” The rest of this announcement went on to outline how our police force will bend over for Spain – a state that is pursuing Ms. Ponsati and Carles Puigdemont across Europe for the crime of committing an act of democracy – and will execute this warrant. This decision will forever be a dark and shameful blot on Police Scotland’s record.

The First Minister, Nicola Sturgeon, has stated that “Scottish Ministers have no power to intervene in the process and our police and courts are legally obliged to follow due process,” but that this does not change the Scottish government’s support for Catalan self-determination. Here I feel it is my duty to remind readers, the Scottish government, and indeed the officers of Police Scotland that while it is true the police and the courts do have a legal obligation in this regard, they are at this moment morally obliged to disobey their orders.


We can confirm that we are in possession of a European arrest warrant for Clara Ponsati. We have made a number of e… twitter.com/i/web/status/9…

Befehl ist befehl – German: “an order is an order;” that it is somehow always correct and just to obey superior orders, is a legal fiction rendered both criminal and potentially dangerous at Nuremberg (20 Nov. 1945 – 1 Oct. 1946). Some orders are so repugnant to justice and natural law that to obey them makes one complicit in the crimes of those who have issued them. Justice, natural law, and human reason – together with the well-informed conscience – always trump mere orders. A quote widely attributed to Thomas Jefferson puts it thus:

If a law is unjust, a man is not only right to disobey it; he is obligated to do so.

In no way, as was suggested yesterday, is this an argument defending the absurd notion that police officers should simply pick and choose what laws they uphold and what orders they obey. So long as a law is just, so long as it is aligned with the interests of peace, the demands of justice, the triumph of reason, and the good health of a free and democratic society it is valid. But every law is invalid that undermines peace, is unjust, unreasonable, or is detrimental to human freedom and the right of all people to express their democratic will. Clara Ponsati’s “crime” was to be a member of a democratically elected government that held a democratic referendum.

Spain’s violent repression of this referendum on 1 October last year was a violation of the civil and political rights of the Catalan people. It was a flagrant violation of the Catalans’ human rights. As the police force of a supposedly free and democratic nation, Police Scotland’s duty is to put the demands of freedom and democracy – pillars of civilisation which far outweigh the petty concerns of any fascistic state – above all other things. By bending to the will of Spain and executing such a warrant makes Police Scotland and any of its officers who make or facilitate this arrest guilty of Spain’s crime against democracy and accessories to a serious human rights violation.


To all those angered by latest developments on #Catalonia, please read @scotgov statement below. Our support for Ca… twitter.com/i/web/status/9…

Where does this mindless obedience lead us? We know fine well where this behaviour leads; history teaches us all we need to know, and this is precisely why we refer to the defence of “only following orders” as the Nuremberg defence. This leads to the deprivation of civil and political rights, the creation of categories of political crimes, and to the exact same thinking that brought us the re-education camps and concentration camps of the totalitarian and authoritarian régimes of the not so distant past – and this is no facile comparison.

Yesterday on social media some people were doing their dingers that this comparison was being made. Their claim was that to compare Police Scotland’s intention to acquiesce to the demands of Spain and this ludicrous European Arrest Warrant was offensive; presumably to the memory of those who suffered and died in camps like Dachau, Bergen-Belsen, and Ravensbrück.

Perhaps we should remember the original purpose of these camps; the wholesale and brutal repression of political dissent, freedom, and democracy. Stefan Starzyński, the Mayor of Warsaw, was murdered in Dachau in 1943 for the “crimes” of Polishness and democracy. Austrian Interior Minister, Franz Olah, a Social Democrat politician, again for the crime of democracy, found himself in the same hell-hole in 1938 after the Anschluss. The Czech political activist and medic, Jan Buzek, for the same “crimes,” was sent to Dachau in April 1940 weighing 18 stone. When he was murdered seven months later he weighed only 7 stone.

How different are these people’s stories from that we are now watching unfold; a Catalan politician and academic being faced with imprisonment by the Spanish state for the crime of democracy? If you are reading this and really think this is not a fair comparison, then – really – it’s time to do some serious thinking. Democracy and freedom are fragile. They are only ever as strong as the will of states to protect them. Spain has made it crystal clear it will not protect them, and now Police Scotland is prepared to assist in this naked assault on freedom.

Will we stand back and watch our police officers obey orders and arrest a democratically elected member of the Catalan parliament – a nation that has already declared its independence from Madrid? Damn right we will. We have already allowed it. Will we stand back and watch our courts go through the legal motions of “due process?” Damn right we will. And if the verdict is to send Clara Ponsati to Madrid to pay the penalty for freedom and democracy, will we stand back and let that happen? I am fairy certain we will, and when that happens we can pat ourselves on the back – because that is the moment we will have given up our right to our freedom and democracy. That is the moment we will have joined the ranks of the oppressors. We have a chance here. Don’t let them do it. Resist.