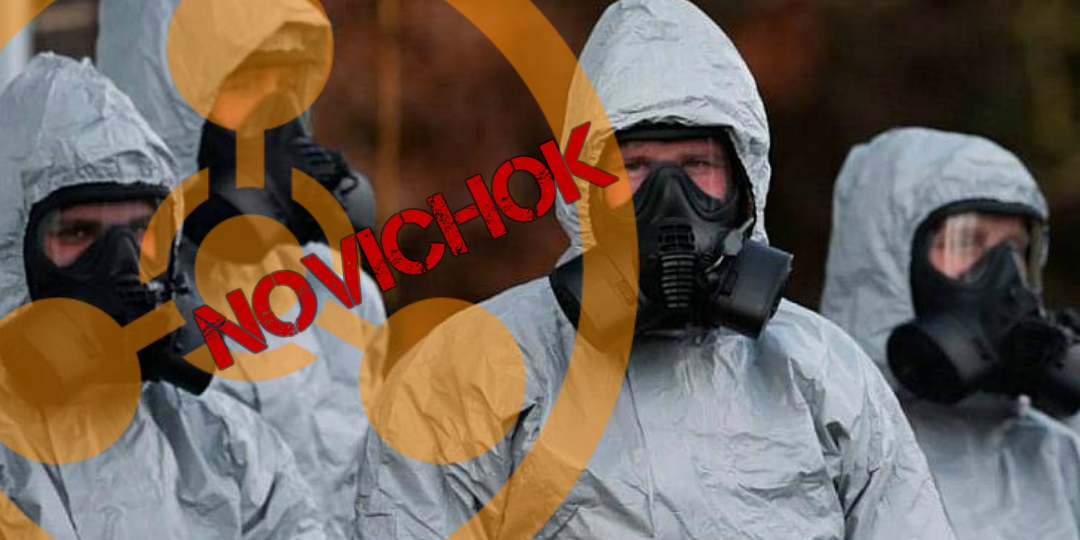 What’s the Russian for ‘Strong and Stable?’

Russia had until midnight to fess up or face the wrath of the British Empire. But there is no empire and Russia woke up this morning with laughter pains. Sooner or later England will have to learn its place.

Midnight has come and gone and still there is no response from Russia to Theresa May’s ultimatum for it to provide a plausible explanation as to why Novichok, an extremely potent military grade nerve agent, was involved in an attack on a former Russian spy in England on Sunday 4 March. British politicians have concluded that since the nerve agent was developed in Russia then Putin’s government must be responsible for the attack which has killed Sergei Skripal and has left his daughter Yulia and a police officer critically ill in hospital.

There are, however, a number of serious flaws in the British government’s case. Had the Russians wanted Skripal dead, they could have done the job quietly while he was in a Russian prison after being convicted of spying for the British. Instead Skripal was released and pardoned by the Russian authorities whereupon, following a US-Russian spy swap, he came to live in the United Kingdom. British authorities have refused, after accusing Russia of culpability, to send a sample of the substance to the Russians in accord with international treaty, and – more embarrassingly for Mrs May – we now know the recipe for Novichok, developed by the Soviets in the 1980s, is no longer classified in Russia.


So... A Russian spy who had been released and pardoned by Russia gets poisoned by a nerve agent in Wiltshire - a fe… twitter.com/i/web/status/9…

Former MI5 agent Annie Machon, in an appearance earlier this week on Russia Today, pointed at the sheer hypocrisy of the British in this case; saying that for UK chemical weapons experts to identify this as Novichok they themselves would have to have access to the recipe, and they do. In fact only a few miles from where the attack took place in Wiltshire the UK has a chemical weapons lab at Porton Down capable of synthesising every known variant of this organophosphorus based compound. Anyone with the cash and the lab facilities can make Novichok.

At this point the police investigation has found nothing indicating Russian clandestine involvement other than that the nerve agent was developed in the USSR. There is simply no evidence to support the case that the substance that killed Skripal was “made in Russia.” No one in the British or American intelligence communities has come forward with information pointing to Russia, and those who have spoken on the subject – like Annie Machon and former CIA operative Philip Giraldi – are saying this is nothing more than an opportunistic swipe at Putin ahead of the upcoming Russian elections.

But what does evidence and due process matter to Theresa May and her anything but “Strong and Stable” British government? We are talking about a government here that did not think it important to conduct impact assessments for its hair-brained dash out of the European Union. This is a country that is haemorrhaging international friends and that has found itself in the unenviable position of having to negotiate a give-all trade deal with Trump’s America when everyone knows it is even beneath the level of junior partner status.

Sadly this is what international diplomacy has become for Brexit Britain, the desperate and dispensable ankle-biter at the beck and call of the United States. Britain has always been this, of course, at least since the Suez Crisis, but now the stink of utter desperation is unmistakable. May has no option but to do whatever Washington wants – even if that means picking a fight with Russia. This won’t bother Britain’s Foreign Secretary, Boris Johnson, too much; he is still basking in the glory of Britain’s victory over Russia in the Crimean War.

But there is a down side to this insanity. Theresa May has laid down an ultimatum, the date of which has now expired, and the Russians are laughing in her face. In international politics this is never a good thing. She and her resident jester Johnson now need to come good on their threats, and, while it is clear Europe will have nothing to do with this idiotic standoff, no one knows if the Americans will now actually back them up. In the end Britain is left looking more isolated and vulnerable than it was yesterday, and that too is never a good thing in international politics.


The idiot May has now painted herself into a position where anything LESS than war with Russia looks weak. I mean,… twitter.com/i/web/status/9…

So what can Theresa do? Well she can go full “Magnitsky” and expel Russian diplomats and freeze the accounts and seize the assets of Russian oligarchs resident in the UK, but this will only backfire when Russia responds in kind. With the British pound reaching new record lows every couple of months and with its economy teetering on the edge of a complete tailspin, Britain can’t afford a tit for tat economic showdown with Putin’s Russia and all its friends. She can perhaps stop RT and Sputnik operating in the UK, but Russia has pre-empted this by saying in no uncertain terms that if this happens no British media will be allowed to work inside Russia.

Maybe she will consider the military option and boost Britain’s commitments to the US policy of encirclement. But then, sure, we have already seen the size of the Russian northern fleet when it passed little England on its trip to the Mediterranean. The truth of the matter is that there isn’t very much Britain can do when it comes to threatening Russia other than upping the ante on toothpaste sanctions. As is always the case in diplomacy, at some point one has to be holding at least some of the cards. Theresa May has been handed a bum deal, and the problem with this is that everyone knows she has the worst hand in the game.

All that will really come of this is that May and Johnson will back down. They will be embarrassed – again, and they will lose a few more friends on the international stage. The days of Great Britain facing off against Russia are over. She should have left this entire business where it belongs; with the police and the great British justice system.

Russia refuses to cooperate with the UK over ex-spy poisoning

6 thoughts on “What’s the Russian for ‘Strong and Stable?’”