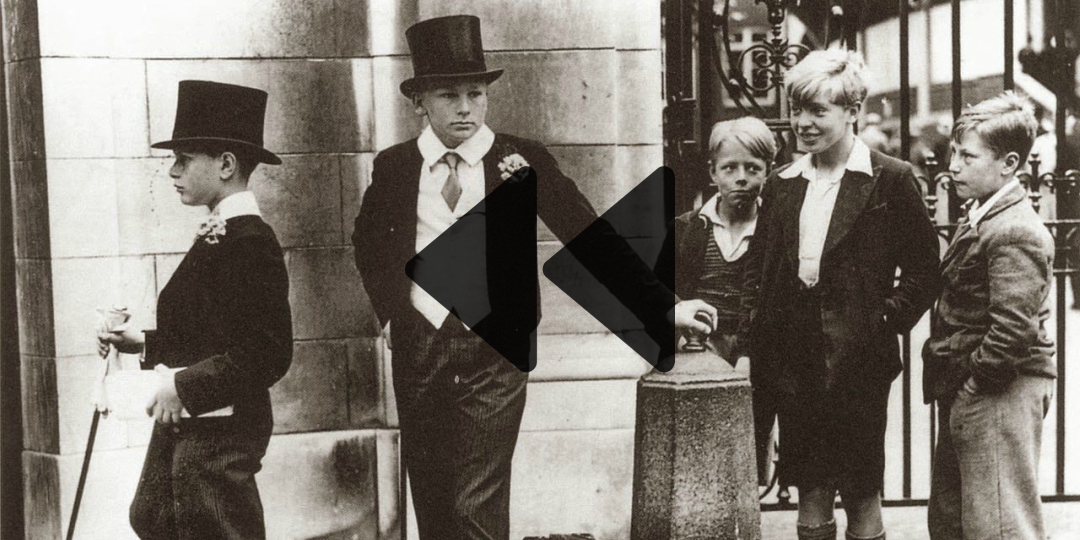 Independence: Because we’re not on Rewind

Britain – as even the name suggests – is all about living in the past. But that past, as it is being imagined, is ugly and dark and dangerous. Scotland is out of choices: We either take the road to freedom or pick our spot in the cemetery.

Brexit really is the end of the road for Britain. We were told last year that we’d have to wait until the spring this year to know the shape the United Kingdom’s suicidal departure from the European Union would take. That wasn’t true, but just to be nice we pretended it was. Everyone with an ounce of intelligence knew during the referendum campaign it would be a disaster. Boris Johnson and Michael Gove knew when they won that this was the end of the world; their faces gave it away. England’s decision to leave has taken it right back to that moment when Hitler was looking at the white cliffs from the other side of the Channel. Nothing about Brexit is good.

Reality hasn’t hit the ground yet, leaving us all in a bit of a phoney war situation. The markets and the currency exchange are on a steady downward trajectory but they haven’t hit rock bottom yet. Our essential services are feeling the pressure caused by skilled workers heading back to the continent, but the borders aren’t closed yet. Britain’s relations with other European countries are cooling, but the freeze hasn’t completely set in yet. Things are strangely normal. It’s like climate change; everything looks the same, but we know we’re edging closer to the tipping point.

It is now absolutely clear that that day will come. Brexit will become a legal, economic, and political reality. It will hit the ground with an almighty thud. The impact assessments produced by the Scottish government and those hurriedly produced and heavily censored by the London government spell out what is coming: Brexit will impact on Britain like a new Blitz. The value of the pound will tap out on the chitty strewn floors of the international stock exchanges, imports will soar in cost, and unemployment will likely beat NASA in the race to Mars. Downing Street has stopped denying the truth of this. No one denies what Brexit is bringing.

So why the hell are we still racing ahead with this madness? Brexit has nothing to do with good governance, the careful and measured management of the economy, or the wellbeing of ordinary Britons. Brexit is an ideology – if you can call a project to reify nostalgia an ideology. Brexit is about restoring Britain to the way the Brexiteers are convinced it was once upon a time when there was an empire, when men wore bowler hats and called chimneysweeps “chap,” and when starched-collared Prime Ministers flew off to expertly appease foreign dictators.

What the people at the wheel want is to put Britain in full rewind. They want to roll back all the changes that have made Britain the pathetic little has-been state it has become. They want to go back in time and listen to Oswald Mosley and Enoch Powell; hoping this will bring them a better future than the one they got. What Britain is doing is throwing a tantrum and breaking all its toys because it feels it never got everything it wanted – things never went its way.


@BenedictEvans @ToDrownTheWorld @clairlemon We had our day in the sun, and some of us have grown up now. The rest -… twitter.com/i/web/status/9…

Christopher Hope at The Telegraph asked: Why won’t Ireland join Britain in this exodus from the European project? It turns out all those Paddy Irishman jokes we were taught to hate the Irish with were wrong. The Irish are many things; they are witty and quirky and weird as bey-jaysus, but they’re not stupid. Irishmen and Irishwomen kicked Britain out of most of their country a century ago. That was a smart move. Right now in Dublin the jokes are on Scotland. No one in Ireland can understand why Scotland – where even the Tories recognise the utter folly of Brexit – is allowing itself to be pulled off the edge of the cliff by a London élite bent on national suicide.

Scotland is stuck. At this point in time Scotland is paralysed by the unionist opinion that the union with England must be preserved at all costs, and nothing will change for Scotland until the penny drops for Scottish unionists that it is independence or the rapid descent with England into national economic and social ruin.


The hairdressers are for brexit but worried it will ruin their holidays. There is no hope left in the world

This isn’t terminal for Scotland yet. The game for us isn’t quite over. Recent polls have indicated that support for independence among younger voters is on the rise, approaching sixty per cent. The future for Scotland is independence. The question right at this moment though is if we will be independent before England demolishes our economy and infects us with its poisonous neo-imperial bigotry and racism. What is clear in Scotland is that Scotland is not a nation on rewind. Everything about Scotland and Scottish culture is about the future. Even something as seemingly simple as the baby box initiative is all about a nation investing in its most precious little futures.

Scots are forward looking people. Perhaps that comes down to our past having been so bloody bleak on account of our neighbour, but whatever the reason we are a nation all about tomorrow. London could not make it any clearer; it will always put its imagined yesterday ahead of our need for a better tomorrow and so we must fight to protect our future. There is no middle road on this one anymore, we either take the road to a free and independent country of our own or we follow another country’s nightmare right into the grave.

Racist populism is out of the bottle

4 thoughts on “Independence: Because we’re not on Rewind” 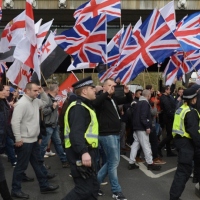