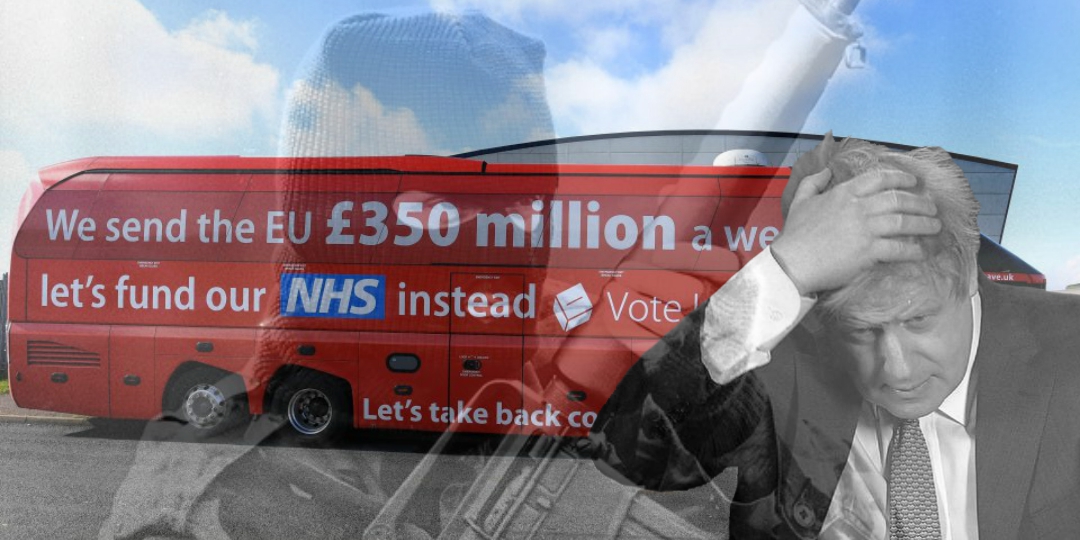 Brexit: The Normalisation of Dangerous Lies

What the Brexit process has taught us is that Britain is a liar. Brexit Britain will tell any lie it can to get what it wants from the Brexit divorce package, even when that means walking over the dead to get it.

Leaving the European Union was sold to the public on the back of xenophobic fearmongering and a whole series of barefaced lies. During the EU referendum campaign Leave promised that Britain would become a more prosperous nation, but the financial markets and the stock exchange have proven that wrong. We were promised that the UK would remain a world leader in research and development, but even now we are facing new barriers to collaboration with European universities and research institutions. A big red bus told us we would be saving £350 million a week and that this saving would fund the National Health Service. Leave campaigners said we wouldn’t be leaving the single market. That too was a whopper. They even told us there would be no fall in the level of skilled immigration essential to our economy.

Every word that came from the mouths of Boris Johnson, Michael Gove, and Nigel Farage during the campaign was a lie intended to pull the United Kingdom – England, Scotland, Wales, and Northern Ireland – from the EU to the benefit of Britain’s insanely wealthy élite. The removal of the UK from the regulatory power of the European aquis frees them to further deregulate business and employment and deepen the social austerity agenda. Brexit will make the Brexiteers and their corporate backers fabulous wealth; it will accelerate the gap between the rich and the poor, and this is the real driving force behind the lies they have been telling.


Fuck off respect the vote. The shitty vote based on pack of lies. I don’t respect it at all. #brexit

Their lies paid off, and now in order to see their nasty little plan to completion they are keeping up the lies. In fact lies and deception have become the currency of the entire Brexit project, but the problem – as we are beginning to realise – is that this now habitual bullshitting has disastrous, possibly catastrophic, consequences. While the DUP in Northern Ireland were bought off the British way with £1.5 billion of our money, Scotland and Wales were promised most of the powers repatriated from Brussels would be returned to them – after a short time resting in Westminster’s account of course. The Scottish and Welsh governments were right not to trust London; perfidious Albion is never to be trusted. ‘S e breugair’ a th’ ann a’ Bhreatainn.

Somewhat more worryingly, these lies are playing out over the Irish border; where the effects will have a profound impact on the well-being of the Good Friday Agreement, the fragile multi-state and cross-party arrangement that has brought peace to the north of Ireland after more than thirty years of serious and deadly conflict. The people of the six counties, knowing their economy and the prospect of lasting peace in the province depend on their relationship with Ireland, the EU, and the safeguarding of the GFA, voted to remain.


Boris Johnson - proving why Britain has NO business governing any part of Ireland ever again. #Brexit #Ireland

The majority of parties in the north – on both sides of the divide, Ireland, and the European Union have worked themselves to exhaustion to guarantee the continued permeability of the Irish border and the security of the peace agreement, but Britain has continued to lie. In spite of all the goodwill gestures from London regarding the Irish border, we now discover that behind the scenes Boris Johnson – probably the worst Foreign Secretary in modern British history – is plotting with Theresa May – the worst Prime Minister since Thatcher – to stab everyone in the back by simply imposing a hard border on Ireland at the end of the process.

In Scotland’s British nationalist circles this revelation was greeted with mirth and celebration. These people, who through their petty-minded ignorance have reduced all things Ireland to sectarianism, Irish Republicanism, and “the IRA,” simply refuse to accept that this betrayal of the whole island of Ireland is indicative of Britain’s approach to everything it considers less than English. They fail to see this as a symptom of an imperial mindset that will cost them and the whole of Scotland dearly.


What angers me about the British nationalists in Scotland laughing at the likelihood of Britain stabbling Ireland i… twitter.com/i/web/status/9…

Lying – or pure and unadulterated political “bullshit” as Harry Frankfurt would call it – has become the norm in how the right wing Brexiteer British government does business. It has realised that just enough of the population is gullible enough to swallow whatever it is told and that the rest are too docile and controlled to do anything real about it. This puts us all in an incredibly dangerous position, one that cannot be overstated. When any democratic government takes it upon itself to do whatsoever it pleases; feeding the electorate lies in order to facilitate its real and hidden objectives, every aspect of the democratic edifice begins to break down. It becomes surplus to the state’s requirements.

What is clear is that this isn’t going to get any better any time soon. The powerful pro-Brexit British establishment has set its sights on getting the Brexit it wants, and it is more than prepared to walk over the corpses to get it. The answer in Scotland and Wales is simple, independence. Northern Ireland has to move the Irish border into the sea, even if that means Irish unity. Britain cannot be trusted to look after the ordinary working people of Britain (read England), never mind the people of the nations it reckons it owns. Between now and the date of the Brexit decree nisi we have to up our game, call out the lies, resist them, and do what it takes to get the hell out of dodge.

Campbell: Brexit promises were ‘a pack of lies’

One thought on “Brexit: The Normalisation of Dangerous Lies”