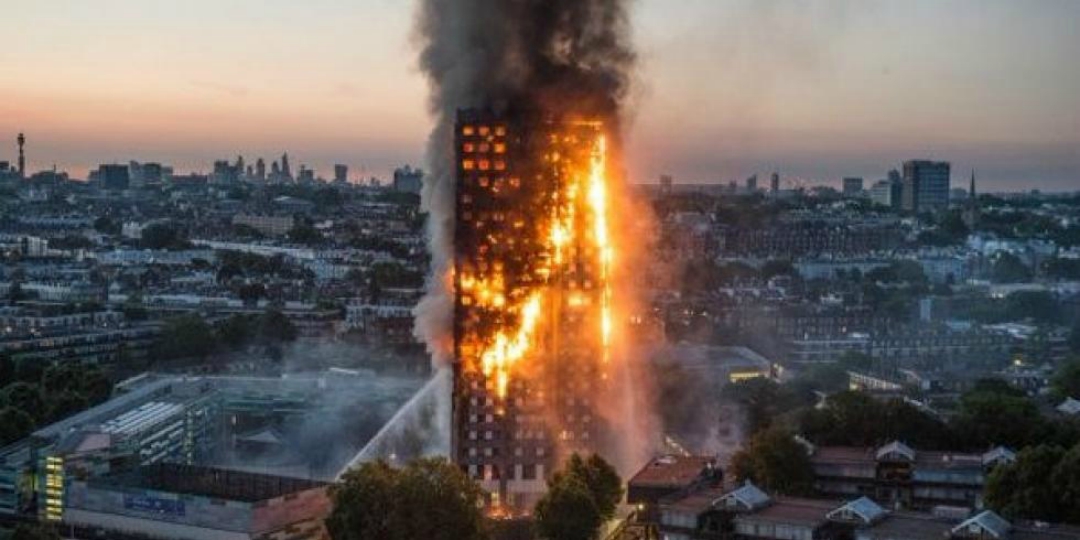 Scaremongering Scotland: The Shadow of Grenfell

It is utterly reprehensible of the BBC to use the awful events at Grenfell last year as a stick with which to beat the Scottish government; all the more so because the British government was to blame.

There’s a four day old report on the BBC website that’s refusing to go away. On the 22 February the BBC published a video report covering the cost of recladding a private apartment complex at Glasgow Harbour found to have “similar” cladding to that believed to have accelerated the spread of the fire on Grenfell Tower in June last year. As a result of that tragedy building inspections were carried out on local authority high rises throughout the United Kingdom, finding that of the 173 structures tested in England and Wales 165 were clad with the hazardous material.

Thanks to more stringent fire safety regulations in Scotland no local authority was discovered to have flats complexes clad with the same dangerous material here, but that has not stopped the BBC in Scotland from fabricating scare stories intended to put the SNP-led Scottish government in a bad light. Tests conducted in Scotland found a small number of buildings that were clad with “similar” cladding to that on Grenfell tower, a finding that led to BBC Scotland broadcasting this on its nightly news programme for a number of weeks. The Scottish Fire Service determined this cladding not to be a fire hazard, but the Scottish government set about its immediate replacement as a precaution.


Dated 23 Feb, this [misleading] Glasgow cladding report on the BBC website was actually posted the day before. It's… twitter.com/i/web/status/9…

One would have imagined that this obvious attempt to damage the Scottish government in the media had died a death, but no. The BBC turned to the private residential sector – something over which local authorities have no control – in order to keep stoking this issue. One property on Castlebank Drive, Glasgow Harbour, was found to be clad with an aluminium composite material (ACM) similar to that which encased Grenfell Tower in London. Rather than reporting that this was one building the BBC reports that “more than 300 properties” are affected.

As the rest of the British media picked up on this non-story a difference soon emerged in how the story was being covered north and south of the border. In England The Times newspaper describes this cladding as “similar to that used on Grenfell Tower,” while BBC Scotland stuck to the misleading claim that this “is the same cladding which caused an inferno at the London tower block.”

Of course this is a serious cause for concern for the more than 300 residents in this development. No one wants to live in what may potentially be a dangerous building, but some perspective is required. Unlike Grenfell Tower, where some of the poorest working people in Kensington were housed, this is a private block of apartments. Scotland’s more robust building regulations give our government a greater say in what materials are used in their construction, sure, but local authorities have no input. If this cladding is below par, even if it is in breach of the regulations, this is the responsibility of the private developers who built them and not the Scottish government.


Scaremongering Scotland: While in Scotland the BBC is telling us the cladding on one Glasgow high rise is the "same… twitter.com/i/web/status/9…

Home owners have been told they will be hit with a bill in the region of £10 million, a cost that will have to be paid if the building is to be brought up to standard or brought up to a standard demanded by the residents. This is a matter for the courts. When the BBC uses this story in order to bring the long, dark shadow of Grenfell Tower over Scotland and over the Scottish government it is cynically using the tragedy of Grenfell as a stick with which to beat Scotland and undermine the public’s opinion of the Scottish government.

But, again, this is nothing new for the BBC. This is the way news has been done in Scotland for decades and all the more so since 2014. It appears to be the case that the BBC will stop at nothing to construct a story out of thin air if it thinks it has a reasonable chance of damaging the SNP. In this case it has published a grossly misleading – not to mention unethical – story and it has made sure that it has survived the weekend – a weekend in which Scotland defeated England at the rugby – on the front page of its website. The only sensible conclusion here is that the BBC is indeed acting in an underhand way in order to control the political narrative.


@Jeggit Jason. These 8 storey flats were built by a PRIVATE company for PRIVATE sale. Do not belong to local author… twitter.com/i/web/status/9…

It is worth noting, in consideration of this, that even though the Guardian newspaper has repeatedly covered the extent of this problem across local housing authorities in England and Wales, the BBC seldom mentions it. Instead BBC producers have made the bizarre decision to almost entirely invent a problem in Scotland and ensure that it is pretty much all Scots license fee payers hear and read on the state propaganda network. Now that we see this story – a story completely unlike the Grenfell Tower story – being repeatedly nudged to the top of the BBC newsfeed we can be certain this is part of a scurrilous manipulation of “the news” in Scotland.

There is truth in here somewhere, however. But not much of a trace of that will be found on what the BBC has to offer. The truth is that the Conservative government in London has, through a decade of austerity, abandoned people to the worst imaginable living conditions all over England. The Grenfell Tower catastrophe was inevitable, and we can be absolutely sure this is not the end of what austerity and Tory rule will bring to the most vulnerable people in the UK. In Scotland the Scottish government has been working tirelessly to mitigate austerity, but rather than highlight this the BBC – the media wing of the British government – has set its sights on waging a media war against democracy and good government in our country.

2 thoughts on “Scaremongering Scotland: The Shadow of Grenfell”