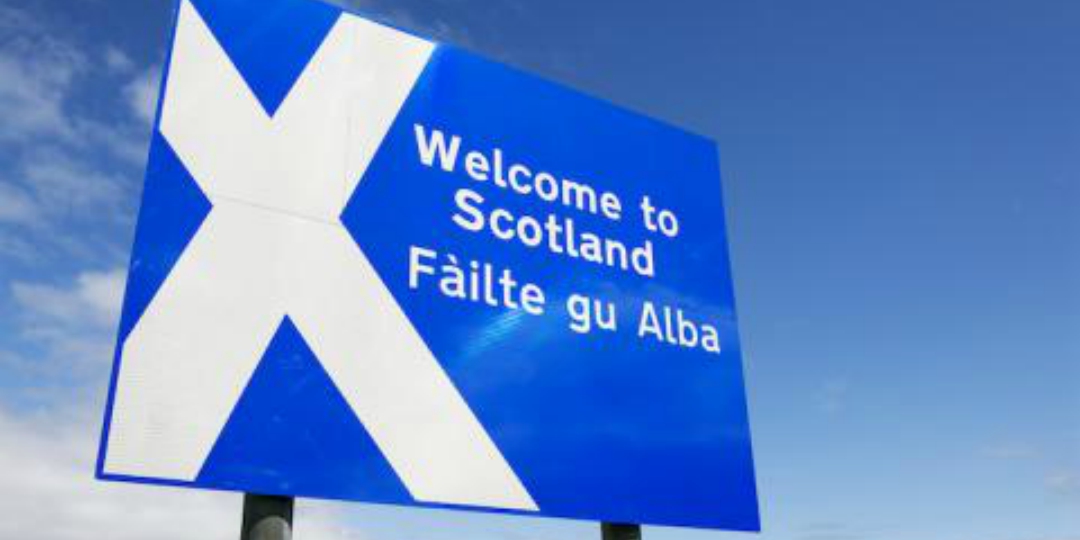 In Ireland it has become perfectly acceptable to describe Britain’s behaviour in the country as genocidal, and its war on the Irish language as cultural genocide. Why then in Scotland are we denied the same language?

“The decline of the Irish language,” wrote Adam Ramsay recently, “is best understood as a product of what Tomás Mac Síomóin, among others, describe as the cultural genocide of Ireland.” There’s that word again – genocide. Here it is a description of the cultural genocide perpetrated by Britain in Ireland over centuries; treated in the Irish Times as a matter of historical fact and published here in Open Democracy without so much as a peep from those in Scotland who routinely hit the roof when this same word – genocide – is employed in the context of Britain’s long assault on Scottish Gaelic culture and the Gàidhlig language.

Ramsay was responding to a particularly obnoxious editorial in The Guardian, laying the blame for the collapse of power-sharing talks in Belfast squarely at the feet of Sinn Féin for its choice to “weaponise the [Irish] language question for political ends.” The unnamed author of this disgusting piece of distortive muck, as Ramsay points out, failed to mention that power-sharing collapsed because of a DUP financial scandal and that the proposed language act – the apparent political weapon of Sinn Féin – has been a statutory duty of the Northern Assembly since the 2006 Northern Ireland (St Andrew’s Agreement) Act.


I wrote about *that* Guardian editorial on the Irish Language Act, how Britain's liberal newspaper became an apolog… twitter.com/i/web/status/9…

In spite of this The Guardian has entered the conflict on the unionist side, saying that Sinn Féin’s insistence on a language act is “less to protect a minority than to antagonise unionists.” Sure, that’s all that a language – the trove of a culture’s vocal expression of its own identity in its own words – is; a stick to poke unionists with! Presented in such a vulgar and Anglonormative way, any language – Gaeilge, Gàidhlig, Hindu, Urdu, or Arabic – can be reduced to and dismissed as “a weapon of tribalism.” To speak anything other than English is to be political, radical, and tribal. Everything but the language of the dominant nation and culture, according to The Guardian, is atavistic and divisive.

Last week I wrote a further reflection on the Clearances, exploring the extreme negative reaction British nationalists in Scotland had to them being described as any kind of genocide. In Ireland it is quite normal and acceptable to speak of Britain’s acts of social and cultural genocide in Irish history. In fact this description has long since become the mainstream understanding of Anglo-Irish relations over the past six centuries. When Tim Pat Coogan published The Famine Plot in 2012 the idea that the Great Famine was itself genocidal was hugely controversial – not any more.

When Ramsay writes of the near extinction of the Irish language – Gaeilge – in the British occupied six counties in the north of Ireland as “cultural genocide,” we too are forced to look again at the Clearances – in every part of Scotland – and the destruction of Gàidhlig as a component of a wider genocidal project; the cultural genocide of Scotland.


What a crock from the Guardian. Proof if further proof was needed of the British Left media’s willful ignorance of… twitter.com/i/web/status/9…

As was very much the case all over the island of Ireland, the language of the Scottish Gaels was seen as a threat to the power of the English language – along with the whole package of English-British hegemony it brought with it. Gàidhlig, like Gaeilge, was seen by the powers of the British imperial establishment as a locus of resistance and even – from Culloden onward – as a seat of rebellion. Language is not transmitted as an empty vessel. It is passed from one generation to the next with a whole mytheme bundle, à la Claude Lévi-Strauss, of memories, ideas, and cultural aspirations and ambitions. Gàidhlig is transmitted with the entire set of Gaelic values, and so has always been seen as a serious threat to the power of English Britishness in Scotland.

So long as “our language” – as the BBC in Scotland was once proud to describe it – was seen as a quaint fossil of a defeated nation; a Scotland wholly absorbed into Great Britain qua Greater England, it was ignored or treated with a benign touristic or voyeuristic passing interest. Now that Scotland is well on its way to independence, that patronising benevolence has been replaced by an open hostility fast approaching that displayed by the British nationalists in the north of Ireland towards Gaeilge. All of a sudden “our language” has been identified as a rallying point for resistance and rebellion. Today it has become a badge of honour among unionists to broadcast their ignorance of the language; an ignorance they have embraced as a weapon against independence and as a reason to deny even its place in our history.

British nationalism’s open loathing of the language – again following the pattern in Ireland – has become for them a marker of their manufactured sectarian divide; itself and outward and visible expression of British colonial domination. Commenting on a dual language sign in Kilwinning, Ayrshire, the out spoken unionist “Ayrshire Lass” tweeted: “If ever there was a sign that showed the stupidity to applying Gaelic place names to areas that never spoke it. This is it! I reckon the Gaelic translator is a secret Rangers supporter.”


Maybe someone should tell her. She really is the most stupid person on the whole internet. Kilwinning IS a Gaidhlig… twitter.com/i/web/status/9…

She was of course left with egg – or ugh – on her face. Kilwinning, as the Kil- (Gàidhlig for ‘church’) would imply, is a Gaelic place name, and this is so because Gàidhlig was once the language spoken in Ayrshire. Even Ayr – Inbhir Àir – and the county of Ayrshire – Siorrachd Àir – are Gàidhlig in origin because they were once Gaelic. It is telling also, and as has been said already, that she relates this hatred of the language to sectarianism with her reference to the translator being “a secret Rangers supporter.” Ignorant as she obviously is of the language and its pronunciation, she sees in Cill D’Fhinnein – with a nod to recent death threats made by loyalists to journalism students – the phrase “Kill the Fenian.” Yes, Gaelophobia and anti-Catholic bigotry are interwoven in the British nationalist imagination.

The drive, as we can see, in this unionist war against language is – as Ramsay points out in the case of Gaeilge – is a continuation of Britain’s cultural genocide of Scotland. Gàidhlig is being systematically targeted for Damnatio memoriae; the extermination even of its memory. In Ireland this is considered genocide pure and simple, while in Scotland – somehow – it’s not.