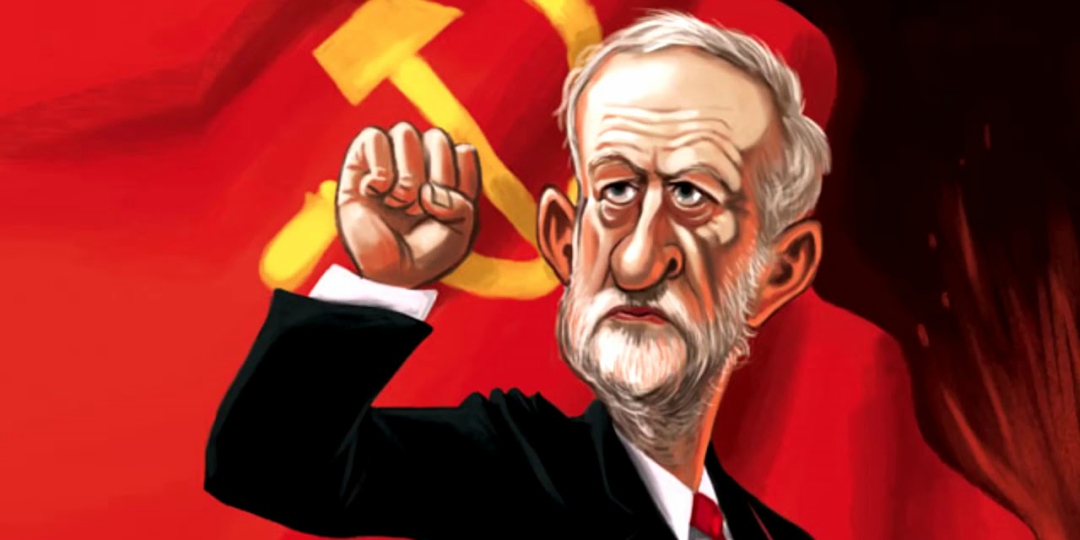 Labour is a Party for Lying Anti-Scottish Toerags

Labour has realised that it is no longer relevant to the political life of Scotland, but, still determined to use Scotland as means to winning power in London, Oo-Oo Jeremy Corbyn has opened his dress-up box.

Maybe it says something about me being an as yet wholly unreconstructed west of Scotland lad, but when Richard Leonard did that Citizen Smith thing with his fist I cringed, and I’m going to hazard a guess I wasn’t alone. Characters like Che Guevara and John Carlos get away with the raised fist salute. In fact they carry it – as do the women and men in the ranks of FARC and the PKK. Weedy Dickie Leonard not so much. Watching him self-consciously push up the fist had all the punch of watching a bronzed and oiled-up Jacob Rees-Mogg doing bench presses.

This effort was emblematic of modern Labour, an alternative route to power for wee girls and boys whose mums and dads don’t have the breeding or social connections to get them onto the greasy pole of the Tory Party. Leaning on its half-remembered roots as a party of the workers, it masquerades as something it can no longer claim to be – a party of the workers. No part of Britain has a true working class; a proletariat marked by strong organisation, political aspiration, and a well understood and living sense of class belonging and identity. What passes for working class identity in the United Kingdom today is an employee in precarious employment who is part of a broken class that has more in common with the “dangerous class” of Victorian Britain than it does with the workers who were battered senseless by the police at Orgreave. 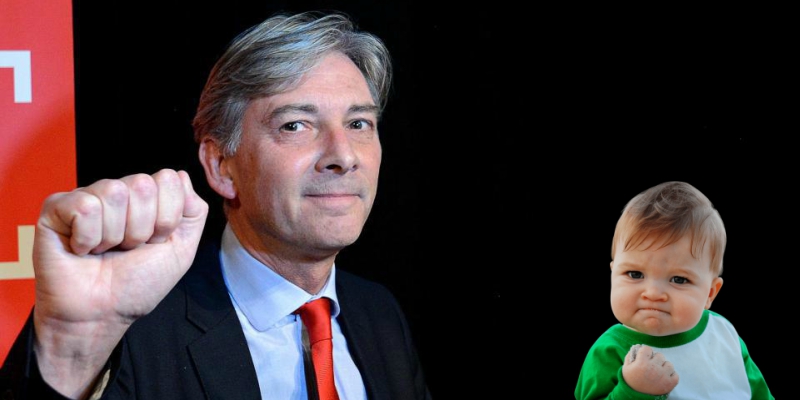 Working class identity is dead, and it was the British Labour Party that put it in its grave. Toryism, while being an ideology of class war, would never kill the working class. It needs an underclass of helots in order to make sense of itself as a privileged class. Sure, the working class of the Tory utopia would be a defeated and controllable working class, but it would still be a working class. Labour, as an ambitious and self-serving faux socialist ideology, commandeered the working class as social and political ballast only to cast it off when it threatened to scupper its plans.

It was the Labour Party that created the criminalised ASBO generation and engineered policies of worker control that paved the way for true Tory austerity. Labour was the old woman in the gingerbread house who invited the children in from the forest. It was a false promise that ultimately led to the euthanising of Britain’s working class spirit.

All that was left in working class communities from London to Aberdeen was sickness, unemployment, apathy, and a growing feeling of resentment and rage. The seeds of frustration that fed the Brexit monster were sown not by David Cameron, but by Blair and Brown and their Labour that never was a saviour of the worker. What we are left with now are lies dressed up as fin de siècle revolutionary fantasies; the silly fist pumps of scrawny pathetic men and the inertia of Momentum led by Jeremy Corbyn pretending to be a new Vladimir Lenin – a man who is all fur coat and no knickers.

Both the Labour movement and the Labour parliamentary party have been the greatest let down for the working class in the entire history of industrialisation and its aftermath, and – as far as we are concerned in Scotland – it can remain what it has become. The left in Scotland has shifted to the Scottish National Party and the independence movement. We have begun to waken up to the fact that if we are to make things better for ourselves then we have to do it for ourselves. Labour has become obsolete in Scotland, but Corbyn – seeking power in England for his own brand of Brexit – is refusing to give us up without a fight. He seems to think that winning England depends on gaining seats in Scotland, and this is where his lies begin.


Visiting Midlothian, a proud former mining area, I saw how the Tories and the SNP are failing the people of Scotlan… twitter.com/i/web/status/9…

He claims that the SNP has let the people of Scotland down, that somehow the Scottish National Party is responsible for austerity. We can say it until we’re blue in the face – Scotland and the Scottish government have no power over what the London government imposes. In government the SNP can mitigate what harm London does, but this will always mean pulling limited resources – resources London limits – from other areas. Jeremy Corbyn knows this, and he also knows that many people in Scotland don’t. He and the quislings in Labour’s Scottish branch office are deliberately appealing to people’s fears and ignorance.

Labour has had plenty of time in government – both in Scotland and in Westminster – but still, curiously enough, things have never improved in Scotland. What we have found is that people’s conditions of life in the poorest areas of Scotland have only gotten worse under Labour rule. Corbyn offers nothing new. He can wear his little black revolutionist hat all he wants. Leonard can jaunt about the hooses in his sexy wee red pashmina scarf to the cows come home. It’s still just dress up and make believe. It’s cosmetic bullshit. No one in Scotland wants Soviet-lite new New Labour Corbynism. Scotland has made itself clear; we want government in Scotland, for Scotland, that puts the needs of Scottish people before Labour’s bigger Westminster ambitions. What is clear is that Labour will never be able to deliver on that – no matter how it’s dressed.