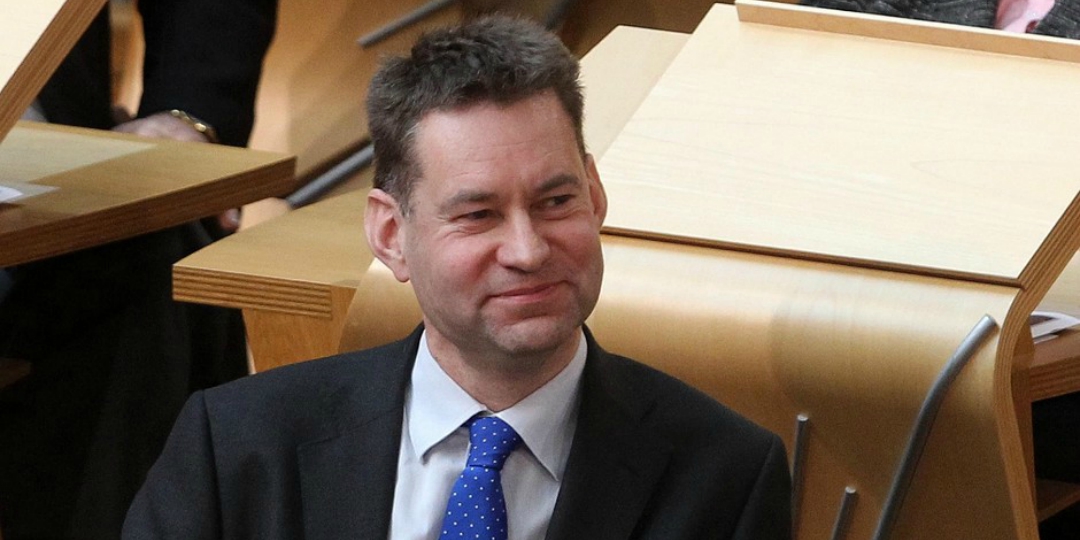 Why the Budget’s Getting on Murdo’s Wick

Taking money from the rich to give to the poor – especially when the poor are poor because the rich have made them so – is an outrage to the politicians who represent the rich and thick of the cream of Scottish society.

The more I think about the Scottish government’s “vanity projects” the more I like them. It’s refreshing to see a government put the needs of the poorest and most vulnerable over those who are getting by and doing well. We’ve had decades of getting used to how the Conservatives and Labour do things in London, with tax cuts for the rich and punishing welfare regimes designed to humiliate and dehumanise those society has left behind. With Christmas fast approaching I find myself wondering what sort of difference a baby box would have made to a young homeless couple in Bethlehem whose newborn was forced to spend his first night in a feeding trough, lulled to sleep with the overpowering pong of cow dung. If that’s vanity, give me more.

Of course, all this vanity costs money. There’s no such thing as a free lunch, or so the Tories keep telling us. Today the Scottish government answered the question of who’d be paying for all these frivolities, and – as was to be expected – the Scottish Tories were beside themselves with rage. The fact that people who’ll have no problem putting gifts under the tree and having a Christmas dinner worthy of at least three kings would be asked to pay a penny more in the pound to help those who can’t has gotten on Murdo Fraser’s wick.


Interesting the number of folk tonight who voted SNP last year believing that their tax wouldn't go up & now feel b… twitter.com/i/web/status/9…

Apparently hiking the income tax of the better off by a single per cent punishes those who get up for work in the morning, disincentivises investment, and frightens the rich out of the country. Given that across the board Scotland is the lowest taxed part of the United Kingdom, I am wondering how people like Murdo come to this conclusion. Surely, following this logic, all the terrified millionaires in England would have long since relocated to Scotland – but no, they haven’t.

What we have seen in the Scottish budget is a boon to the thousands of Scottish workers who get up in the morning and work in low-payed, dangerous, dirty, and dehumanising jobs – the people the Tories in England have been financially crippling, criminalising, and demonising for decades. Many – if not most – of these low-payed people work more hours a day than those who are earning over £40,000 a year. In every town and city of Scotland, for example, there are women and men who spend all day and all night cleaning the vacant properties of private landlords. If they’re lucky they will get minimum wage. Getting more is unheard of. The people they work for, in many cases, live off nothing more than the rents they charge for the properties they have often inherited.

People in such employment aren’t in what you might call organised labour. They have no contracts. They work from day to day – meal to meal – on the good graces of men and women who couldn’t give a shit if they live or die. When their own rents go up, or when their particular market becomes too competitive – as it often does – they will eat less, go without heating, and their children will go without some of even the most basic necessities. These are the people who will have to choose between the dentist and food, between painkillers and electricity. These are the “working poor.”


Even Our Teeth: With precarious working conditions the €100 it costs to see a dentist often means having less to ch… twitter.com/i/web/status/8…

Right across Scotland and the rest of the United Kingdom these are the people, when pickings are thin, who form the queues outside every foodbank in the country. One per cent less tax for people living in this bracket makes a massive difference. One per cent of £11,850 is £118.50 – that’s almost £9.88 a month more. Please trust me on this; no one knows the difference £9.88 makes in a month like those who are living on next to nothing.

No doubt the business savvy Tories will remind us that someone can get by on less than twelve thousand a year. The party that has increased the national debt year on year is of course the authority on living within our means. They’ll happily ignore the children and elderly dependents people have to look after, and that – in a relationship – maybe only one is working [in paid labour]. Maybe there is a disability or benefits sanctions to contend with – maybe even loan sharks. The Tories and everyone else griping about this lifeline to the human detritus that cleans their rental properties – their houses, flats, and slum apartments – will ignore every conceivable misery to bemoan the harm that is being done to their excess wealth.


@spatchcockable Weren't we talking about the national debt? Which the Tories doubled since 2010? Weren't we?

Murdo Fraser, like the rest of his smug-faced cronies, is interested to know how many people who voted for the SNP last year will be feeling betrayed today. I think I am in a position to answer that question for them: Precious few. People all over Scotland have turned to the SNP precisely because they are tired with the kleptocracy the Scottish Conservatives in our country represent. Independence has turned out not to be about the “flag waving nationalism” they love to cite, but a boiling desire to make our country the nation Scottish people in growing numbers want it to be. In 2014 almost a million of Scotland’s poorest people didn’t register to vote. Tonight that million has been given a tiny boost, a boost that would never have been given without a devolved parliament of our own and the SNP in government. Every vanity project benefits them, making it that bit easier for them to become engaged in the politics of Scotland. Murdo, who will they be voting for?

That’s what’s getting on Murdo’s wick. Scotland is becoming a fairer, more just, and more politically engaged small nation. Fair, just, and politically switched on small nations – nations like Denmark, Norway, Sweden, and Finland – don’t go for the sort of nasty, economically brutalist politics being sold by people like Murdo Fraser. In fact, as it stands already, Scotland didn’t vote for Murdo Fraser. He got in on a list system designed to retard the kind of change we are now seeing. This budget is a signpost on the road Scotland is travelling, and I like where we’re going.