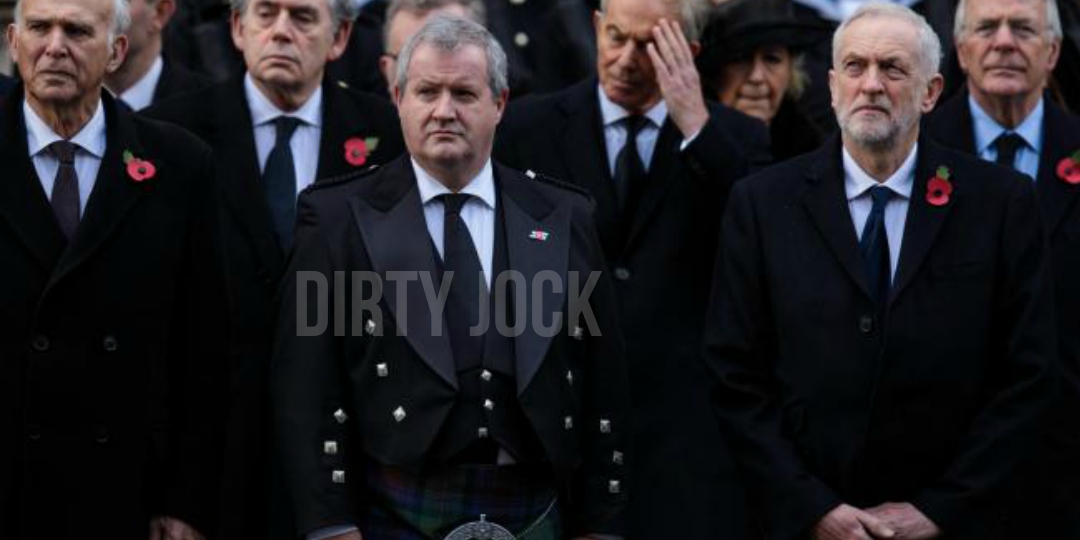 As we come closer to the end of Britain we are feeling the last line of the empire’s defence – pure hatred and bile. The fantasy of Great Britain has come to an end but the snake is going down spitting.

Travelling on the Cairn Ryan to Belfast ferry is and has always been an experience. Unlike flying or taking the train sailing affords the passenger the freedom to wonder, to mix with fellow voyagers, to have the odd casual natter. For the better part of two hours the vessel – in this case the Stena Super-Fast – takes on something of the ancient metropolis; travellers from neighbouring, yet very different cultures enjoy a brief opportunity of encounter. On-board there are people from both parts of Ireland, people from both communities of Northern Ireland, there are Scots – day-trippers and business types, and holidaymakers from further afield. It’s an oasis where we all find ourselves ordering refreshments from the same watering hole. As I said, it’s an experience.

Having picked up a book on Gàidhlig grammar in Glasgow the day before, my companion and I were taking turns testing one another’s vocabulary to pass the time. I learned a new and useful phrase: Tha mi a ’dol a-mach a smocadh. When learning a new language I have always found the essentials to be related to the ability of the listener to speak English, sell me tobacco, or serve me a pint. Once we have these covered everything else eventually falls into place.

As we were drawing into the port at Belfast, as the car passengers were making their way below decks back to their cars, an older man who had been sitting alone at the next table leaned over to us; the veins on his neck visibly throbbing and his face contorted with aggression, and said: “Christ, you look about fifty! Weren’t you supposed to have learned that muck years ago?” His thick Ulster accent betrayed his assumption. He had assumed we were learning Irish – a language that had obviously become framed in his sectarian imagination as the tongue of his Irish Republican, Catholic, or nationalist enemy. To him this language was “muck,” and our presence next to him had enraged him. I put his guess at my age down to me being exhausted. That’s my excuse.


Just had a biggot get angry with us for speaking Gaidhlig on the ferry to Belfast. He assumed it was Irish.

“Ach,” I said smiling at him, “we were never taught Scots Gàidhlig in school. I just thought I’d give it a go.” You’re never too old to learn. Hearing my Scottish accent and realising he had made a serious mistake – he had made a mistake whatever way you look at it – he recoiled in shock. Everything around him deflated, and we could see the trouble he was having processing the information I had offered. He could no longer see us as his hated republicans, as “Fenians,” Catholics, or nationalists. Sure, we weren’t even Irish. He looked humiliated. Playing dumb, I made sure to say “Cheerie-o” as we got up to leave. This bigoted old man could no longer even give us eye contact.

There was certainly more than a pinch of this in a recent unionist tweet that quickly did the rounds over Scottish Twitter. Some absolute nudnik – a Luddite of the highest order in my estimation – fired off a tweet about the attire and label decoration of the SNP MP Ian Blackford at the war party celebrations at the cenotaph in London. Alan Thomson, a “business man” and “sceptical about independence man” from Kinross, on seeing Ian Blackford wearing a kilt, spat out: “The kilt is a serious mistake but a bigger one is the SNP lapel badge instead of a poppy.”

What Alan and many others like him saw was “that muck” they despise – the expression of Scottishness. Of course he couldn’t have been more wrong, as is most often the case. The lapel badge was not an SNP badge at all. It was a poppy mounted on the Scottish saltire flag, a badge issued by Poppy Scotland to commemorate the 2017 death cult festivities. He was sorely mistaken about the kilt as well, as most of Scotland was quick to point out. It was perfectly alright for boys to be conscripted in their droves in Scotland and to be sent in their kilts to die in “the muck.” It was okay too for Charles Saxe-Coburg und Gotha to be pictured laying a poppy wreath in a kilt and for his son – the one who dressed as a Nazi and got caught doing cocaine with a sex worker in Las Vegas – to turn up to the event unshaven.


The sheer vitriol and bile thrown at Ian Blackford for not wearing a poppy. Turns out it was a PoppyScotland badge.… twitter.com/i/web/status/9…

Alan and his cronies fled from Twitter, deleting and blocking as they went, faster than the retreat of the London regiment from the Battle of Mons. But their mistake exposed pretty much everything we really need to know about these people. Their hostility to the Scottish National Party and the idea of independence is not established, as they love to pretend, on an intellectual disagreement with a political idea. Had that been the case there would have been no need for the trigger happy ad hominem assault on Ian Blackford – a mode of operation that has been a hallmark of unionism since the get-go. What this lays bare is their hatred of Scotland and the idea of independence.

The sheer venom and disgusting anti-Scottish bigotry in the replies to tweets of this kind proves this beyond all doubt. Yes, Alan is Scottish, but that in no way means he is incapable of hating Scotland. The Duke of Wellington, an Irishman, famously said of his Irish roots: “Just because you are born in a stable does not make you a horse.” People like Alan are British, and they want nothing of the stink of Scottish manure hanging about them.

Britishness – or at least the Britishness which they hold so dear – is a dying imperialist dream, wrapped up in its own delusional fantasies of cultural and racial greatness. The pomp of and nostalgia for what was once the largest empire in the world gives them a peg on which to hang and so construct their identity, a conceit of national meaning draped over what has become a shoogly peg. It is this, more than their shame at being Scottish, which fills them with hate. Scottish independence holds up a mirror to them, and in it they see the greatest and final challenge to their dream – the end of Britain. Their spiteful hatred and poison is all that is left in their armoury; the barrel is well and truly empty and they are scraping the bottom.

43 thoughts on “Good Bye Britain: We’re Sick of the Hate”