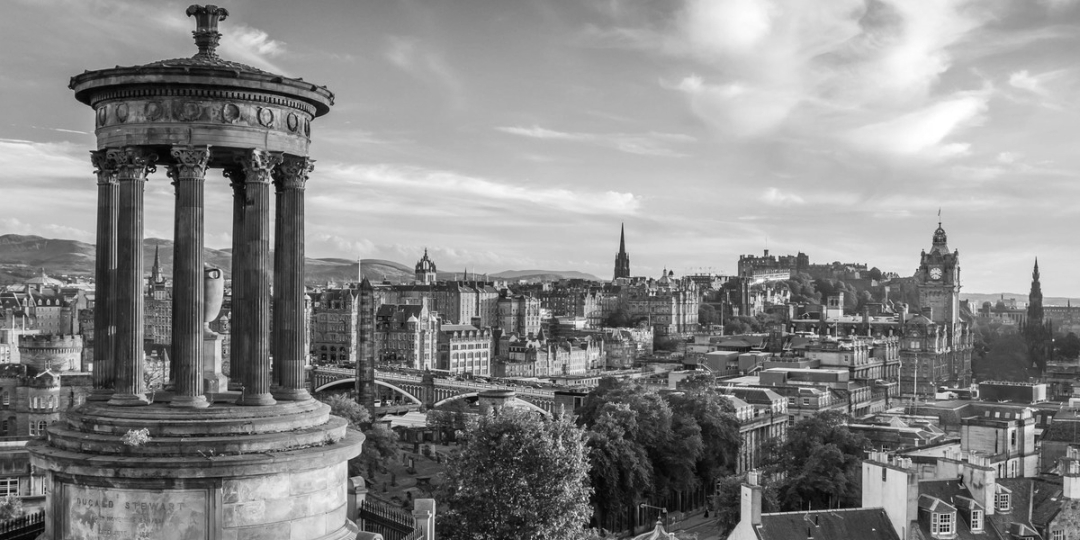 The Boundary to the March of a Nation

Looking from the outside in at Britain and what “being British” means for Scotland shows us that there is nothing deterministic of this label. We can chose not to be British. We will always be Scots.

“Scotland is British!” If we were given a penny for every time we were told this by some mindless unionist we would be wealthy people indeed. Living as a Scot abroad here in Dublin offers a few insights into this absolutist mentality of unionism. At the height of the Great Famine in 1849 Queen Victoria deigned to honour her people in Ireland with a royal visit. After alighting the royal yacht at Kingstown – now the seaside town of Dún Laoghaire in south County Dublin – the “Famine Queen” progressed in state along roads lined with well-wishers waving their union flags to the city of Dublin. Her majestic appearance on the emerald isle was like a lamp “illuminating a graveyard.”

More than one million Irishmen and Irishwomen starved to death between 1845 and 1852 as a direct consequence of Britain’s economic and trade policies. By 1854 about two million people had been forced to leave the country due to hunger, disease, evictions, and deteriorating living conditions. There are many in Ireland even today who believe the Famine was an act of genocide perpetrated by England on the people of Ireland, and given the evidence it is difficult to argue with them. Yet, moved by pity, Victoria, the Empress of India, donated £2,000 to famine relief efforts.

Khaleefah Abdul-Majid, the Ottoman Sultan, offered to send £10,000 – seeing that Victoria’s measly two grand was whistling in the wind. Britain insisted that he send only one thousand, as to match the queen’s generous donation would be seen as an insult. Abdul-Majid reduced his aid to the amount stipulated by Westminster but secretly dispatched five ships laden with food to Ireland. England attempted to block them and failed. They arrived in Drogheda and unloaded their lifesaving cargo. We are left to wonder how many gathered at the port to welcome the Turkish mariners with British flags.

In 1849 Ireland was British. Of course it wasn’t British in the sense of being part of the island of Britain. It was British insofar as it was a British possession, and we can be in no doubt even as the country languished in hunger there were those in Dublin, Belfast, and Cork who proudly proclaimed “Ireland is British” and lined the streets to welcome their indifferent queen.

Unionists here in Scotland insist that Scotland is British; that we Scots are Britons, and they do this without the least awareness that what was British in the past is British no more. On Good Friday morning in 1916 an Irishman disembarked a German U-boat off the western coast of Ireland and rowed ashore to Banna Strand in Kerry. He brought with him machine guns and 20,000 rifles – a gift from the Kaiser. Although these weapons never made it ashore and the man in the boat – Roger Casement – was apprehended by the Royal Irish Constabulary, the rising for which they were intended went ahead. It took another five and a half years, but the Easter Rising was the beginning of the end of British rule in 26 of Ireland’s 32 counties. Less than a century on, a small time in the life of a nation, no one says “Ireland is British” anymore.

This desire in Ireland to rid itself of London rule did not spring from a vacuum. As it is in Scotland, Ireland has had a long history of domination by England reaching all the way through the settler-colonial Plantations of Elizabeth I and her successor James I to the arrival of the Normans in 1169. In 1593 the Earls of Tír Eoghain and Tír Chonaill rebelled against the English, leading to the Nine Years War or “Tyrone’s Rebellion.” It was defeated and the Earls Hugh O’Neill of Tyrone and Hugh Roe O’Donnell of Tyrconnell fled to the continent. Again in 1798 the United Irishmen rose. This too was defeated by the British and more went to the gallows for sedition and treason, murders that killed nothing but time. Ireland would not be British.


Today in 1607, Hugh O'Neill and the other chiefs depart Lough Swilly in Donegal for mainland Europe, 'the Flight of the Earls'.

Some 31 years before the Easter Rising of 1916 – not a hundred after 1798 – Charles Stewart Parnell addressed supporters of Irish Home Rule in Cork, saying:

No man has the right to fix the boundary to the march of a nation. No man has a right to say to his country ‘Thus far shalt thou go and no further,’ and we have never attempted to fix the ‘ne plus ultra’ to the progress of Ireland’s nationhood, and we never shall.

Thanks to this unquenchable resistance in Ireland to the imposition of British rule the boundary of the march of Irish nationhood was never fixed, it is not fixed yet. Counties Armagh, Down, Antrim, and Derry, Tyrone and Fermanagh are still withheld from the Irish nation. As this is being written plans are afoot in Dublin for the reunification of the island. No longer is this the dream of radical and dissident republicans or Sinn Féin. Brexit has made white papers and proposals on Irish unity the business of both the Dublin government and opposition. With the nationalist population of the North about to overtake that of the unionists and loyalists, a border poll – a stipulation of the Good Friday Agreement – is very much on the cards. Ireland is marching.

So who is fixing the boundary to the march of Scotland? Who is telling us “Thus far shalt thou go and no further?” What difference is there between the jackeens waving their union jacks for Victoria in Dublin while their compatriots died in their hundreds of thousands and those in Scotland shouting “Scotland is British” while the London government systematically wages war on the hungry of Glasgow and Dundee and negligently scuppers our national economy in Brussels while letching over their assistants? Scotland’s march is being weighed down with useless ballast, people in all walks of life for whom “being British” is more important than justice – economic, moral, and social justice.

Britain does not exists except for them and their brain-dead enthrallment to ideas of imperial might, racial and cultural supremacy, and the pomp and pageantry of monarchy – ideas the concretisation of which in the form of London rule enslaves and impoverishes them as much as it does the rest of us. Britain – as an imagined community – does not exist outside of their imaginations. So long as they are troubled by this disease London will use them to keep about us the walls of HM Prison Britannia. Nothing will cure them of this sickness.

Overcoming them, these zombies of the union in Scotland, will require our out-imagining of them, and for this we are at a distinct advantage. Unlike Britain, a wholly constructed bitter political and militaristic ideology, Scotland is real. Like Ireland, an organic national community with both memories and aspirations, Scotland is a community set in time and place, a people with a culture and an inheritance by far richer than the bile of regret and misdeed that is the British state. Our nationhood is a statehood becoming because as a thing that is real it can do nothing else. All that is required of us is that we march and ignore the boundaries fixed by the slavish minds around us.

4 thoughts on “The Boundary to the March of a Nation”