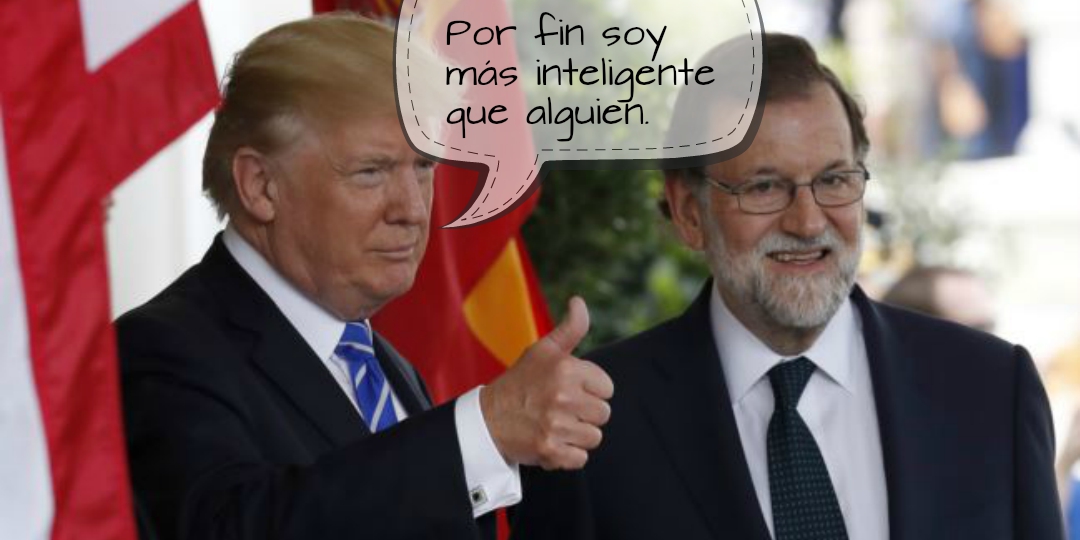 Barcelona Standoff: Spain is Not Getting its Way

Mariano Rajoy has instigated a standoff in Catalunya that he must now be realising he cannot possibly win. When Donald Trump tells you your people won’t like their democracy being taken from them, it’s time to reassess your plan.

Spain’s central government – without the consent of parliament – has, for all intents and purposes, imposed a state of emergency on Catalunya ahead of the 1 October independence referendum. As Mariano Rajoy’s government continues to insist on the unconstitutionality and illegality of the referendum; declaring all forms of pro-independence activism in Catalunya an act of sedition, the Barcelona government – led by President Carles Puigdemont – has insisted Sunday’s vote will go ahead as planned; sparking a serious civil standoff between Madrid and Catalunya.

So far the Guardia Civil – that is Spain’s military police force – has raided Catalan government offices, television and radio stations, closed down pro-independence and referendum campaign websites, and arrested a number of persons – including members of the Catalan government. It has launched raids on printers in an attempt to stop the production of ballot papers and other election material, and intercepted mail associated with the Catalan government. Short of actual physical force, Spain is operating a wholesale system of repression unprecedented in the history of the European Union.

Much to the dismay of Catalan independence supporters throughout Europe the EU has remained quiet on the crisis, but the Office of the UN High Commissioner for Human Rights has now issued two letters insisting that the Spanish government respect the rights of the Catalan people. Regardless of this and similar letters from parliamentarians across Europe and around the world Spain has continued its programme of supressing democracy in Catalunya. It has suspended Barcelona’s interim constitution, taken direct control of Catalunya’s autonomous police force, the Mossos d’Esquadra, and has effectively cancelled the small nation’s devolved parliamentary settlement.

Under such conditions – which many have rightly described as a state of siege – the Spanish government had hoped Barcelona would capitulate. This has not happened. Carles Puigdemont, while acknowledging that due to Spanish countermeasures many may not have the chance to vote, has stated emphatically that the vote will happen on Sunday. He has said he is willing to face arrest and imprisonment to ensure this, and – in the event of a Yes vote – he or a delegated representative will declare independence before Wednesday 4 October.

Obviously, with the deployment of some 1,500 military police officers, a 17,000 strong regional police force, and the constitutional option of sending in the troops, Catalunya’s situation is precarious, but all is far from lost. It is not likely that members of the Mossos d’Esquadra will obey orders from Madrid, and as an armed force may pose considerable problems for Spain on the day. The farmers’ union of Catalunya has asked owners of tractors and heavy machinery to get out on Sunday and impede the movement of the Spanish police and military, and earlier today members of the Cos de Bombers – the fire brigade – in Barcelona said that they will act to stop Spanish police from interfering with polling stations.

Understandably Rajoy’s government is furious, but it is clear it is not getting its way. As are the rules of democracy, that only those votes cast count, Madrid knows as well as Barcelona that if only one polling station gets through the day and the votes are counted, the decision will have been made.

How far will this go? It’s anyone’s guess. A month ago few would have guessed Spain would have gone this far, and fewer still would have imagined the European Union would have been so contemptuously toothless. The Spanish Constitution explicitly allows for the use of the armed forces in the protection of the indissoluble unity of the state, and so the appearance of troops on Saturday night or Sunday cannot be ruled out. But there is an inherent problem in this level of threat. Excuse the language, but at some level Mariano Rajoy understands that after making or implying such a threat there comes the point when one must shit or get off the pot.

Yes, Spain may indeed put soldiers on the street, but what can these troops do – in a state trying desperately hard to look like a modern liberal democracy – against millions of civilians all over Catalunya disobeying the rules? – Nothing! All the live ammunition in the world won’t change the cold hard fact that not one trigger can be pulled. The safest bet is that, despite all the hot air from Madrid, nothing will happen.

With hundreds of thousands of people on the streets, and so long as people keep their heads, and with enough support from the firefighters and members of the Catalan police force, nothing Spain can do can stop this referendum taking place. The best approach Rajoy can take – one he ought to have taken weeks ago – is to allow the people to have their democratic say and, in the event of a Yes vote, fight the decision after the fact. Now he finds himself in a predicament – having failed to keep his powder dry – he cannot easily salvage.

As things stand it looks like the vote will happen. Some – possibly many – polling stations will be closed, but others will not. On the back a Yes vote Puigdemont will declare independence. Following this it is improbable Catalunya will be allowed to cede from Spain, but, that the vote has been taken and the decision made clear, a clock will have been started, counting down to Catalan independence. This will have far-reaching ramifications for Scotland. It will finally put to bed the insane unionist notion that the right of self-determination is reserved for colonies defined in the narrowest possible terms. It will forever explode the notion that large nation states are the be all and end all modern political civilisation. Catalan independence will be the starting gun for a new type of national democracy.

In the final analysis this was an unnecessary standoff instigated by Spain’s heavy-handedness. After four decades of democracy it looks as though Spain has not learned that democracies do not respond well to threats and intimidation. Its recent actions in Catalunya have done little but galvanise pro-independence sentiment, and on Monday morning it will have no one and nothing to blame but itself.

8 thoughts on “Barcelona Standoff: Spain is Not Getting its Way”