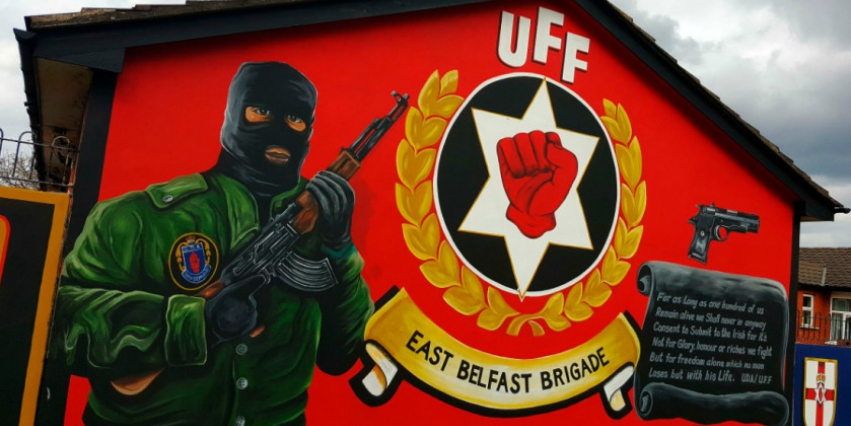 No, it’s not a typo. When Theresa May brings the business end of Ulster loyalism into the Brexit talks the entire project gets a full Ulsterisation – the Article fufty situation. The problem is she doesn’t know what the DUP is all about.

When the British Brexiteer government went for the judges we thought we had reached peak Brexit. We hadn’t. When it started calling us all “saboteurs” we thought we had reached peak Brexit. We hadn’t. Theresa May, after her general election humiliation, has gone crawling to the DUP – the Democratic Unionist Party – in Northern Ireland in search of a confidence and supply agreement, as no other party would help her. The weekend’s newspapers’ scramble to find out all about the DUP has been rather telling. It tells us that London hasn’t ever cared enough about Northern Ireland to be bothered learning what its largest political party is, and it tells us that the loyalism of the DUP and other Ulster unionists to a Britain that is indifferent to them is at once heart-breaking and pathetic.

England and the entire British political establishment are in for a hell of a shock when they realise just who these “nutters on the backbenches” are. The DUP is the often hilarious hard core of political loyalist, sectarian Ulster unionism in the conflict zone that is Northern Ireland – bearing in mind that the 1998 Good Friday Agreement, now in tatters, is only a ceasefire. Its Westminster MPs are people like South Antrim’s Paul Girvan, a man who is quite happy to see the flag of the Irish Republic – probably the UK’s last friend in the EU – burned on the Orange Order’s 12 July bonfires in the name of “culture.” Only last year Girvan announced a £200,000 Arts Council grant to buy musical instruments for these cultural bands.

Then it has the charmer Gregory Campbell, MP for East Derry, who was quite happy to equate support for Celtic football club with support for the IRA, before going on to joke about them being shot when the team was playing in Gibraltar – a reference to the SAS shooting dead three Provisional IRA volunteers on the colony in 1988. Naturally, he neglected to mention the DUP’s extensive links to loyalist paramilitary murder squads during the Troubles. It also has North Antrim’s MP Ian Paisley Jr., the son of the party’s controversial founder the Reverend Ian Paisley, who is – as a good Bible-believing Christian man – “repulsed by gay and lesbianism.” We could go on with this list all day, but the long and short of it is that these guys are bonkers.

Much has already been said of their fundamentalist Christian extremism, of their ongoing connection to Irish loyalist terrorism, of their backward positions on human rights, feminism, the environment, and of their long history of financial irregularities. We won’t go over all that again here. What we want to be talking about is what really matters now that they are to be drawn into government; that these numbskulls are going to be front stage and centre in the Article 50 negotiations – or, seeing as it will be spoken in a fine Ulster brogue from now on, “the Article fufty situation.”

Since the European Union referendum and the spike in racist violence in England more people across the United Kingdom have woken up to the proto-fascism of UKIP and the actual fascism of Britain First. They have been given the impression that the DUP is the paddywhackery version – because to the British mindset nothing Irish can be as big or as good as anything English – of England’s right-wing. Little England is in for a rude awakening. When it comes to commitment to the cause these girls and boys from the wee north are the real McCoy. In the way that we believe the sun will rise and fall, they believe God himself gave them the “holy land of Ulster” as he gave the other Holy Land to the other chosen people, Israel. With the unwavering belief of a divinely inspired colonial-planter people they believe they are a new Israel of white Anglo-Saxon Protestant Christians in a land of unwelcome indigenous heathens – the Irish Catholics.

As the Bible tells them, the European Union is the kingdom of the antichrist – the Pope or some guy in a suit in Brussels, depending on what day of the week it is – and that, as God’s appointed gunslingers, it is their destiny to save Great Britain from this foreign speaking ring of fiery hell. It was from this deliberately forgotten corner of the world that the English language got the term “firebrand.” If England thinks these folk are the juniors to Nigel Farage, Nick Griffin, and Tommy Robinson, it’s about to get, not just the egg, but the whole Ulster fry on its face.

Theresa May’s “no deal is better than a bad deal,” as chaotic as that is, isn’t even nearly as off the wall as the starting location of the DUP. Any deal with the European Union to them is a deal with the empire of Satan himself, and for those of us old enough to remember – Ulster says no! The Article Fufty situation is about to get a damn sight worse, and it hasn’t even begun yet. By bringing these hate-mongering clowns to the government’s front benches Theresa May – prepared to do anything to stay in power – has absolutely ruined any hope of a good outcome from this Brexit mess.