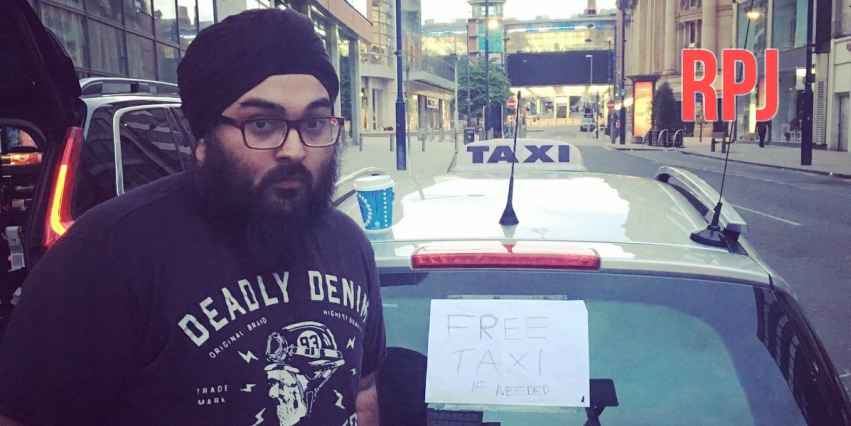 It isn’t easy writing a journal post after what happened. Like so many others I feel sick to my stomach. I’m angry. I’m – I don’t know the word – feeling sore for the kids and their mums and dads. I think this is collective grief.

It wasn’t until after six in the morning I learned about Manchester. At that time the news reports were talking about nineteen dead and many more wounded. A concert venue packed to the gunwales with kids, teenagers, and parents having the time of their lives, targeted and bombed. Twitter was full of images of happy looking youngsters, pictures taken from their social media profiles, with words begging a helpless internet to help find them; asking us to tell them to call home, to check in. The panic was palpable. Unable to look at tweets with video clips, I raced past them – helpless.

There are so many young people in my life. Some of them are daft, pure roasters, but they’re wee. Seeing a picture of a young girl being supported as she heads out of the arena, jeans torn and bleeding, I finally arrived at the panic. In that lassie I saw almost every young lassie I know; nieces, neighbours’ kids, students – then the same for the lads. I thought of all the mams and dads at home or separated from their wains in the chaos of the venue. Frantic! Twitter was already chock-a-block with noise, all hashtaged “Manchester.” I wasn’t going to add to it. I was upset. 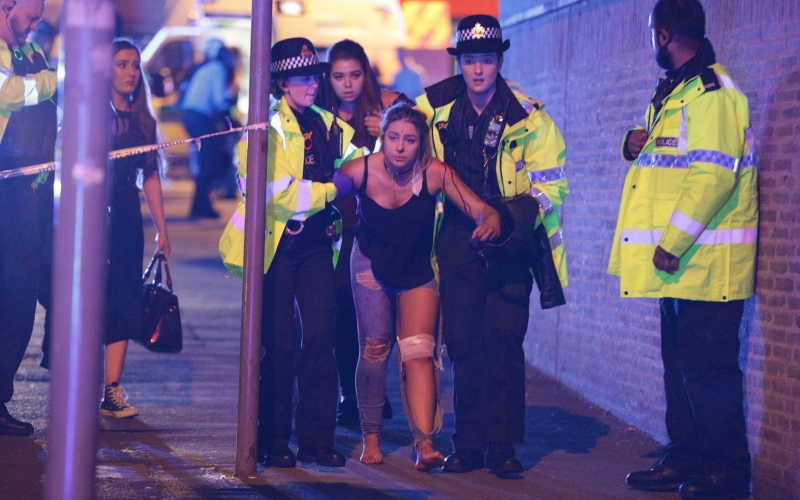 It being a public campaign account, I opened up the Butterfly Rebellion account and tweeted something, I don’t know, routine, numb: “Our love goes out to all affected by the attack on the Manchester Arena last night, to the dead and injured, their families and friends,” with the weird-to-add “x” at the end. What can you say? “…the dead,” Christ! We’re talking about children.

An hour or so later I checked Twitter again. It’s a habit. It was full of the same. It had become an emotional no-go area – a stream of really distressing messages I could do nothing about. I have a cousin with a young family in Manchester. He and the family were safe. Good. Then, before turning it back off I saw “AJ.” AJ was just this guy, a taxi driver who someone – I don’t know who – posted a picture of because he ran his taxi free of charge all night for frightened kids trying to get home. Look for the helpers, eh? He looked sad, shocked maybe. Maybe – probably – exhausted.

Men like AJ. Working his taxi free of charge through the night in Manchester. A beautiful soul. https://t.co/0QG9Z2bxY9

This guy did something. He really did something. So I copied the picture and tweeted it with my thoughts about him, “Men like AJ. Working his taxi free of charge through the night in Manchester. A beautiful soul.” I thought the world should know that I think the world hasn’t completely turned to rot because there are men like AJ kicking around with their taxis, the real lamedvavniks. He was a blessing.

Once I had “done my bit” – you know, fecking tweeting, I turned Twitter off and tried to refocus for the day ahead. In the meantime the tweet got picked up in the storm and got a few retweets, something like 14,000 by lunchtime. I always wanted a super-viral tweet, but, God, not like this. But I suppose I was happy so many other people obviously saw him and felt the same. He deserved the recognition. All the helpers do. After it started trending in Birmingham and Edinburgh I got a message from Charles at the BBC. He wanted to find AJ, and I couldn’t help. He got back in touch later to let me know they found him. I hope I’ll be able to see him on the news.

But looking over the responses to the tweet there was something ugly going on. Okay, let’s be clear, the positive response to what AJ did was mind-blowingly massive, but there was an undercurrent that did tempt me to delete the tweet altogether. Out of nowhere a few commenters started making an issue about his religion, which was – or seemed to be – made obvious by the black dastaar he is wearing. Apparently, according to these eejits, it was somehow important that he wasn’t a Muslim. We’re meant to believe that Muslims are somehow less human; less inclined to drop whatever else they are doing and help others when something as awful as this happens.

@Jeggit So did many white drivers, stop trying to be some saviour of religion when we all know about Islamic murdering scum

Others decided to attack me for tweeting it. Their little minds were convinced I was trying to make a big point about Muslims being good people too, assuming I saw a brown man with a beard and thought – bingo – “a Muslim.” Four years of study and a first class honours degree in religion and theology, and I can’t spot an Amritdhari Sikh man? Ach, you have to love the internet. My big agenda in tweeting the picture of AJ was that there was no agenda, his religion wasn’t what I saw when I shared it. At first I saw a miracle – a Camatakāra, then a taxi driver, an outstanding Mancunian, a great Englishman, and an example of the sort of excellent human being I wish I could be.

No matter where it is – in the West of course – terror attacks have this nasty effect of permitting racists and bigots to open full salvo on the people they hate, something they don’t feel as comfortable doing at other times. It’s less acceptable. What they don’t, perhaps, see is that they and their hatred are very much part of the violence of terrorism. Their words tear our communities apart every bit as effectively as the actions of the murderers.

All I could do, all most of us who witnessed all this from a distance could do, was tweet. Yes, it seems silly, pointless; pathetic even. It’s so much a part of the new social we live online, a little absurd. Still, it’s an echo of the cards we used to send. I’d like to think I sent two cards; one of speechless heartache and sorrow, and one just saying thank you to one of the helpers. In all my life before the internet I’ve never sent an “I hate you” card. I’m not going to start now. Manchester, a kiss.

broken. from the bottom of my heart, i am so so sorry. i don't have words.

Thank you too Ariana

One thought on “Manchester” 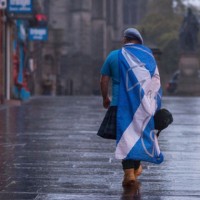 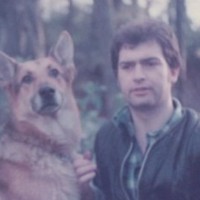