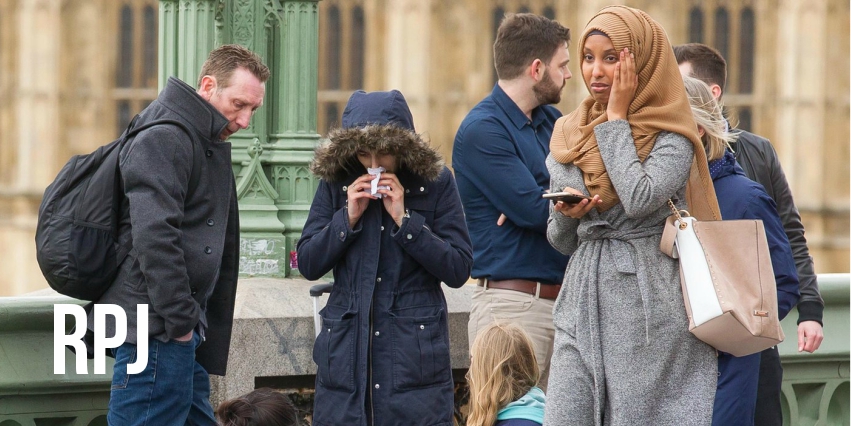 Britain Likes and Shares its Racism

During a terrorist attack I make a point of not visiting my social media newsfeeds. It’s always the same. People I know and love sharing, liking, and saying the most heart-breaking things about people they have never met. We have to be better than this.

Wasn’t Facebook interesting in the aftermath of Wednesday’s horrific events in London? At first it was the immediate reaction of shock as the news broke. Then our timelines filled up with the appalling behaviour of politicians in the Edinburgh parliament trying to score cheap points by blaming the Scottish government for failing to suspend the Section 30 debate – when they knew the authority to do this rested with the Presiding Officer, a Labour Party MSP. Before we all went to bed the newsfeed had managed to get even uglier. Every act of terrorism is now a signal for every knuckle-dragger in the United Kingdom to start liking and sharing the barrage of Islamophobic racist vitriol that is produced as a result. You can now set your watches by it.

Shortly after arriving at Santander airport on 27 July 2003 an explosion ripped through the car park. Thankfully no one was killed or injured. ETA, the Basque separatist group responsible for the bombing, had called in a warning. Nevertheless, I was shaken. I was on my way to a friend’s wedding in Guernica and being caught up in a terror attack was the last thing I expected or wanted. Everyone, including me, was traumatised and frightened. Rather unfortunately I had experience. A few years earlier I was locked into a pub in Derry as the then RUC detonated a pipe bomb in a building around the corner.

People react strangely, sometimes unpredictably, sometimes heroically in situations like this. There are those like Tobias Ellwood who rush to administer first aid or help in whatever way they can. Others try to flee the scene and seek shelter. Others still, dazed and confused with fear and shock, call their loved ones. The only thing that can be known is that no one knows what they will do unless they find themselves in that awful predicament. I hope you never do.

Yet on my timeline, posted by some of my friends and family, there was an image of a young woman holding her phone – apparently ignoring the chaos around her – as people beside her were attempting to help one of the victims of the attack. The reason she had been singled out was obvious. She was a Muslim, and we knew this because of the hijab she was wearing. The attached caption read: “Moments after the London muslim [sic] terrorist attack a group of people ran to help the victim. One didn’t.”

Jamie Lorriman, the man who took the photo, spoke to the Guardian about how his picture had been hijacked by neo-Nazi hate groups. He was outraged that disgusting groups like Immigration Issues in the UK on Facebook had used it as an excuse to spread hatred. He was there – obviously – and he did not see a Muslim woman callously ignoring events around her. He saw a terrified young woman, almost herself the victim of the attack, wandering about the area in shock. But because “a picture can say a thousand words” people have vilified this girl and abused her from one end of the country to the other – and by extension vilified and abused all of our Muslim friends and neighbours.

Those who stole this image – selecting it from others that clearly show her to be distressed – and shared it with these vulgar captions are sick people. They are filled with hatred, and we can do without their input. Those who shared it for them are not much better. All too frequently innocent people are assaulted and even killed in racially motivated attacks – also a type of terrorism – and these hate crimes are fuelled by the “patriotism” of these stupid memes. Racism has as much power to overcome hatred and terrorism as lager has to cure cancer. What we need is a little more humanity, and with that a damn good helping of compassion and understanding. 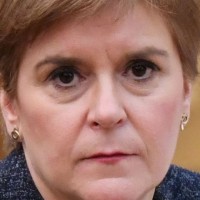