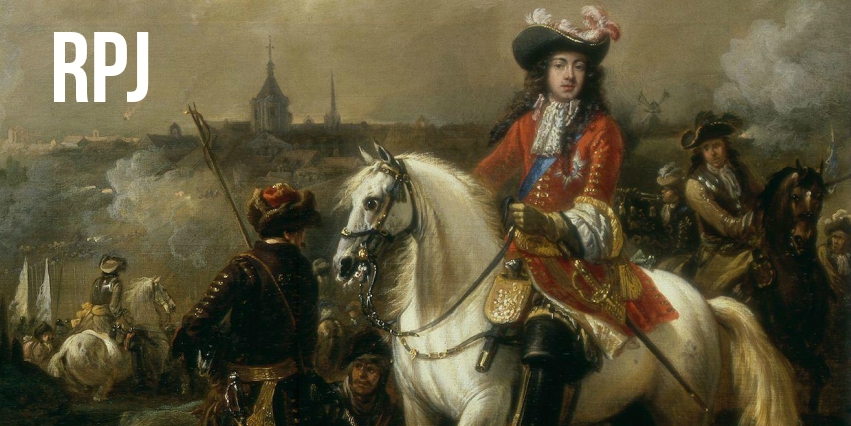 Inventing History to Save the Union

Britain has a rich and interesting history. As Britain gets closer to becoming history we have to watch out for the nation-building myths that are now being deployed to save a dying Union by presenting Blighty as the best thing since sliced bread.

Nation states, to a greater or lesser extent, rely on a unifying mythology that helps the people of the nation identify as part of the nation. Without such a nation-building narrative the psycho-social cohesion that gives rise to the popular acceptance of common nationhood would not be possible. Such myths may be rooted in versions of historical memories, shared cultural assets; language, folk tales and such like. Scotland is built on as many of these myths as England, France, and Japan. Now that the British state has entered into a period of uncertainty – where its future as a state is anything but guaranteed – it is interesting to watch this mythmaking go into overdrive.

Tom Holland, the author of some pretty good popular historical books – Rubicon and Persian Fire to name just two, has been open about his unionism and his opposition to Scottish independence from the 2014 referendum, and he is certainly entitled to his opinions. What people like Holland are not entitled to are their own facts, but this hasn’t stopped him from throwing a few briquettes on the fire of modern nation-building mythology. His offer today on Twitter was a real humdinger; a Tweet that was sure to make every real historian blush.

The UK is what the EU aspires to be: a union which has reconciled old rivals, & for 300 years maintained peace & prosperity in Gt Britain.

Shortly after eight o’clock this morning he opined: “The UK is what the EU aspires to be: a union which has reconciled old rivals, & for 300 years maintained peace & prosperity in Gt Britain” – three clauses of complete historical invention. On account of Holland being the published historian here there is a need to answer each one of these wild assertions. As he is an authority there will be people who simply accept this lazy nonsense, and so it is dangerous. But more than this, it is profoundly false.

Unlike “Gt Britain,” the vast majority of European Union member states are not constitutional monarchies with unelected lords in their upper houses, unwritten and vague constitutions, and former brutal global empires. In fact, since the French Revolution the trend across Europe has been one of a progressive evolution into constitutional democratic republicanism with written legal constitutions. Through history Europe has made it crystal clear that it wants to be nothing like Britain. Political union over Europe was, from the beginning, an effort to end conflict after the ravages of World War II – an idea that the United Kingdom has never understood or accepted.

Great Britain – the 1707 union between Scotland and England – has managed anything but the reconciliation of old rivals. On the day that the Act was passed in the Edinburgh parliament an English army was waiting at the Tweed and reinforcements had been dispatched to the north of Ireland. Not one but two risings were Scotland’s response to the Union within its first half century, and the systematic unionisation of Scotland under Westminster domination was the result – with Wade roads and “British” qua English garrisons dotted all over the country.

Ireland from the 1798 Rebellion and its own 1801 forced Act of Union was incorporated into Britain as the United Kingdom of Great Britain and Ireland, and if Tom wants to describe this as an exercise in the reconciliations of old rivalries he is smoking the wrong tobacco. Where Scotland always managed to retain something of its old autonomy – enough, for the most part, to keep it passive – Ireland was utterly dominated and brutalised. London refused to allow Ireland to keep its own cereals during the Great Famine when an estimated one million died and another million emigrated. It executed republicans, assassinated its leaders, and murdered civilians on the streets – all before the twentieth century.

@holland_tom UK fused organically from below. EU a construct of elites from above.

What?! The United Kingdom is an artificial political settlement binding true organic nations under English state he… twitter.com/i/web/status/8…

On 30 January 1972 the British paratroopers opened live fire into unarmed civilians on the streets of Derry – the event, for which David Cameron has since unreservedly apologised, that gave birth to the modern Provisional IRA; and armed response to state-sponsored terrorism. The idea that Britain does peace is just [expletive deleted] laughable, and for suggesting it Tom Holland and his ilk should be tarred and feathered.

Scotland’s demand for independence and the groundswell in support of Irish reunification – not to mention Plaid Cymru and the movements in Cornwall and Yorkshire to break from the Union – are roaring and shouting that none of this discord has gone away. But let’s forget the inter-national conflicts in the UK and ask about the endemic class war that has been raging since the Roman’s packed up and left. Not a single decade has passed since the birth of the Union where police and soldiers have not been called onto the streets to batter down the helots of London rule.

“For 300 years it maintained peace & prosperity?” All that has happened in those three centuries has been murder and empire, war and occupation, oppression and repression. There has been prosperity, we can give him that. Some people got stinking rich from the theft and pillage of the globe and the exploitation of the workers of “Gt Britain.” There comes a point when we have to just stop the crap – and this includes the myths of the greatness of Britain. If this is the depth to which Holland’s history writing has sunk, then maybe he ought to stick to his fiction.

Britain wouldn’t recognise peace if peace picked up a gun and shot it back.

15 thoughts on “Inventing History to Save the Union”