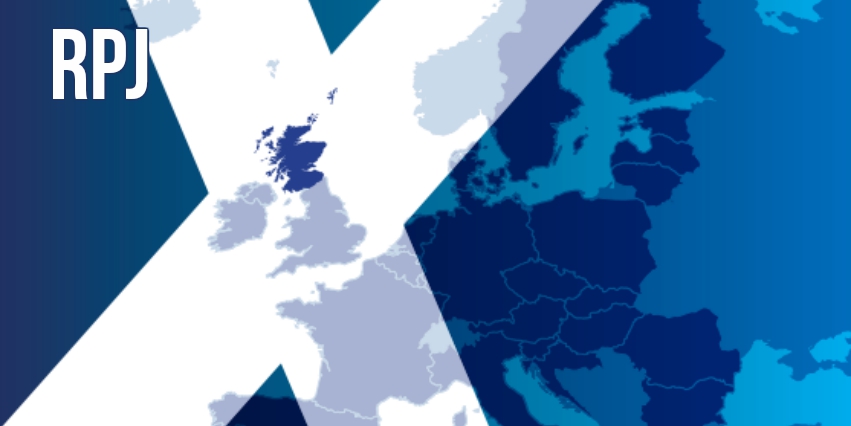 Scotland is a European Country

Scotland has never made its peace with being British. The first response of the Scottish people to Union 300 years ago was rioting and outright rebellion. That gives us some indication that we will never be happy – as a nation – to be British.

It is interesting to remember, especially during this entire Brexit farce we find ourselves in, that the first action of the British army following the 1707 Act of Union was an attack on France – Scotland’s auld ally. Our union with England – into which Scotland was blackmailed and bribed – was from the very beginning an attempt to close Scotland off from the rest of Europe. With good reason England had long feared that Scotland would be a backdoor to England in the event of a French or Spanish invasion. Now in the midst of another English-European crisis Scotland is being coerced into acting against its best interests to serve the isolationist policies of the Westminster government.

Scotland is a European country, a present and historical reality that the Union has always sought to deny – both to us and our friends and neighbours on the continent. Not since the few years immediately following the Union has there been such support on the Scottish benches for independence, and now – as then – this is driven by our want to be European rather than British. Brexiteers, invariably motivated by small-minded xenophobia, continue to argue that the European Union is a political union exactly the same as that one we currently have with England. This is utter nonsense. The Act of Union and EU membership are fundamentally different. The former is the absorption of Scotland and its sovereignty by the English state and its legal annihilation, while the latter is a union of free sovereign states in a common project.

European Union membership aside, this is not all that we mean when we say that Scotland is a European country. Not all of those nations who consider themselves European are indeed members of the EU. There are a plethora of different social, national, and political expressions of being part of Europe, and – in or out of the EU – Scotland loses all meaning without access to the community of nations that have shaped and formed us over millennia. England too is European insofar as it is part of a European island, but the difference is that England – seeing itself as somehow exceptional – has forever denied its place in Europe. England and later England under its new name, Britain, sees itself – as a state – as a nation apart, a New Jerusalem. Scotland, Ireland, and Wales have only ever been instrumentalised by that dangerous quasi-religious ideology.

Opportunities for Scotland to reclaim its rightful place in Europe seldom come around. Being the human shield of your psychopathic next door neighbour will do that. It has taken us 300 years to have another chance to assert our European self. In the past three years we have been given the sniff of two chances to make a break for it – once in 2014 and another coming over the near horizon. Missing this second chance may well result in another 300 years of impotent statelessness and isolation from Europe. Yet, that after three centuries we still haven’t made our peace with being locked in the basement of Little Britain, this should give us some optimism that Britain is not a project that will last. We can and should help to make Europe, and the peace and security it has given us all, something that will last longer than Britain ever will.

“Scotland is an European country”