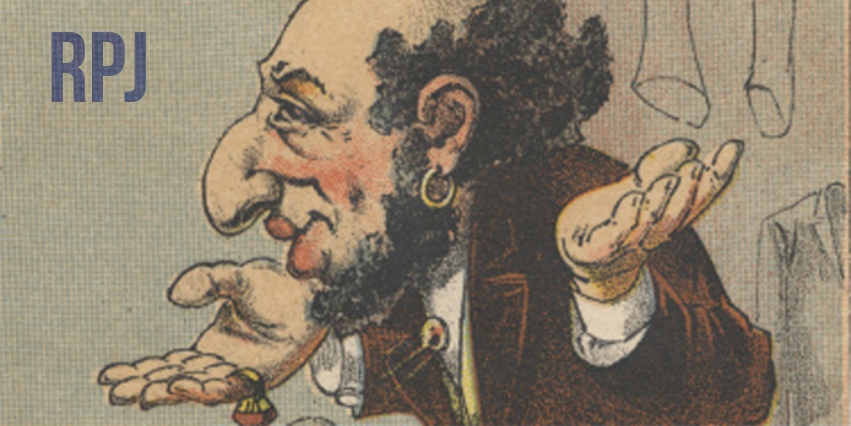 We’re Never Far from the Jew Hatred of Old

It is beyond doubt that the State of Israel – as far as the occupation and the settlements are concerned – is in breach of international law, but we cannot ignore the reality that anti-Zionism and contempt for “the Rothchilds” is often something darker.

Islamophobia, as a prejudice that has been exploited by the neoliberal political establishment and the mass media since the collapse of the Soviet Union, has become a rallying point for a reinvigorated and largely vindicated far-right. Exaggerated concerns of Islamist terrorism over white supremacist terrorism, the invented fear of Islamification, and paranoia over the spread of Sharia law have been mobilised by populist governments to justify the wholesale securitisation of the state and domestic surveillance, and curbs on immigration. This creeping fascism of the bureaucratic state has been facilitated by states’ manufacture of anti-Muslim racism, yet – as worrying as this is – our return to the disgusting political rhetoric of the 1930s does not mean antisemitism has disappeared.

Hatred of the Liberal has long been a cipher for antisemitism in American political discourse. https://t.co/2h8RWt7q7Q

Antisemitism was the lifeblood of Nazi ideology, and as such brought us through the collective trauma of the Holocaust and a World War that demolished Europe, resulting in the deaths of over 60 million people. Good old fashioned Jew hatred has therefore become the paragon of bad political ideas, and for seventy years antisemitism has been the warning sine qua non of humanity’s inhumanity. It has never gone away, but it has since been kept in check by the lessons of the Third Reich. More recently, however, three things have allowed it to regain some popular momentum; the passing of time, the use of the Holocaust by the State of Israel, and the licence Islamophobia has been given.

We did learn from the horrors of Nazism, but we also have short memories. The idea of “the Jew” – represented by Liberalism and the media – has never been fully exorcised from the Western imagination. It has simply been veiled in coded references to “the Rothschilds” and “Goldman Sachs;” the repackaging of the Jewish banker trope – the moneylender, the usurer, the Shylock. Thus preserved in the undergrowth of our cultural memory it is recycled every time the failure of capitalism causes social pain. Once again “the Jew” becomes the scapegoat. As the events of the 1930s and 40s pass further into history we are forgetting where this ancient prejudice has led us.

Aware of the power of the Holocaust for the purposes of state propaganda and silencing international condemnation for its neo-colonial expansionism, Israel has cynically used the memory of the Nazi genocide to bully the global community – forcing powerful state actors to turn a blind eye to the excesses of state Zionism. The rise of Palestinian solidarity has brought greater attention to this with the result that the value of the Holocaust as a guilt mechanism has been devalued, and – rather than making the clear distinction between Jews and Israel – Jewish people have frequently become targets for people’s frustrations.

By undermining the logic of anti-racism in order to scapegoat Muslims and Islam the philosophical defence that protects us from antisemitism too has been damaged. If we can victimise Muslims because of their racial and religious backgrounds, it stands to reason that it may also be open season on Jews or anyone else.

In the United States another, more subtle, antisemitism has passed under the radar for a very long time and is only now really coming out into the open. This is the antisemitism of Christian Zionism, an extreme religious ideology that instrumentalises Jews and Judaism in a religio-political and apocalyptic worldview of white Christian supremacy. Israel has been happy to endorse and work with these “Friends of Israel” in order to further its access to the highest levels of government in the United States, and we have seen this in both the last Bush administration and that of Donald Trump. At every step the reaction to this movement has confused the line between valid criticism of Israel and its alliance with the American religious right and overt racism targeting perfectly innocent Jewish people.

Capitalism and global corporatism are dangerous political and economic ideologies. Israel’s occupation of Palestine and its illegal settlement programme are legitimate reasons to resist the State of Israel. AIPAC and other pro-Israel special interest groups’ interference in US politics are worrying. All of this is true, but all too often these are being presented as sub-narratives of a real and ugly antisemitism that has refused to go away. As our political and social institutions continue to veer to the right – and we have a way to go before this is over – it is our responsibility to listen to what is really being said when certain labels are being deployed. They don’t always means what we think.

When they say the Rothschilds they mean…