Trident is an Affront to Scotland

Scotland can’t have any real power or meaningful equality in the Union if we have no say over the placement of nuclear weapons in our country. London’s MoD knows better than most that there are failures, and that’s why we have them on the Clyde.

No fewer than four times Andrew Marr asked the Prime Minister, Theresa May, if she knew of the potentially catastrophic failure of a Trident test firing off the Florida coast before she stood in front of the London parliament asking for £40bn to renew Britain’s outdated nuclear submarine defence programme last June. Each time Mrs May refused to answer the question, and each time deflecting it by insinuating that Jeremey Corbyn, in opposing the refit, did not want to defend the country. She didn’t lie, but she was omitting. Of course she knew, and still she stood in Westminster and knowingly and wilfully misled the House of Commons on the risks of maintaining a nuclear arsenal.

Defenders of the government and the “nuclear deterrent” have said that the Prime Minister, on the grounds of national security, had every right to withhold this information. It is understandable that the British Administration would want to keep WMD testing secret, but this defence is blown out of the water by the fact that during previous tests – in 2000, 2005, 2009, and 2012, each costing in excess of £17m – the Ministry of Defence was more than delighted to show footage of its successful launches. After all, it’s not much of a deterrent if the Russians don’t get to see it.

This point on open secrecy goes right to the heart of the British government’s need to have these weapons. Whether for defence or deterrence, their only real power is other states knowing Britain has them. Trident is a prestige weapon, tucked away up the Clyde – as far from London as possible – to keep little Britain’s egoistic delusions of grandeur afloat. As show weapons it is perfectly natural that the government would showcase their tests – that phallic superweapon rising up from the surf makes a statement few other weapons can. No one in Whitehall is too keen on the Kremlin getting wind that the Royal Navy is letting off damp squibs, so secrecy is for the duds.

Sometimes SLBMs and their nuclear warheads malfunction. That’s not a reassuring thing to know, but like all technology and engineering it can go pear-shaped. What we learn from this fiasco is that we weren’t actually meant to know about it, and this is even less reassuring. If a mishap ever does happen at Faslane we can be absolutely certain that we’ll be the last to know about it, and that is the real cost of Britain’s nukes – our lives, our health, and our well-being. But we have known this for a while, and for too long we have found ourselves powerless to protect ourselves from this very real threat.

As a nation we have made our thoughts known. In anti-nuclear protests and through our representation in the Scottish parliament we have made it clear that these weapons are not welcome in our country. Our thoughts and concerns don’t matter a jot to the British government; those bombs are here to stay, and in all likelihood they will be with us for a while even after independence. Having these weapons dumped on us, against our will, is an insult. There is no other way to put it. It is an affront to our integrity as a nation and as an “equal partner in the Union” to have no say in the location of Trident, and the reason for this is that the London government knows more than anyone that there are mishaps and failures. 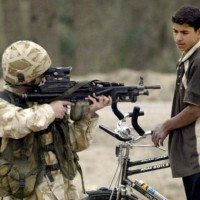