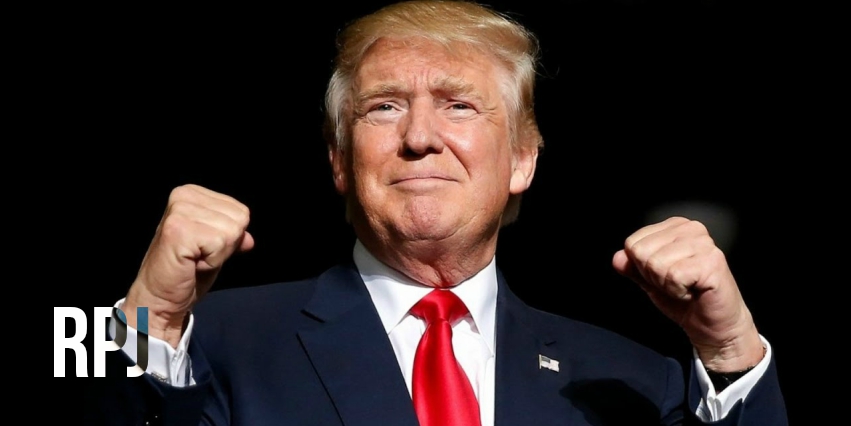 The Forty-Fifth President of the United States

It’s surreal but it’s true, Donald Trump is the new president of the United States. He is the fruition of where we have allowed the world to go, but he is not the destination. That is still quite away off. Today is only the first day of a whole new order of things.

It was only during President Donald John Trump’s inaugural address that the reality dawned on us that Donald Trump, “the Donald,” had actually succeeded in becoming the president of the United States of America – the most powerful man in the world. There are people who need more personal affirmation and there are people who really could do with a little less. A personal friend of mine – who shall remain nameless – is a member of this latter group. This person was awarded a PhD, and, however much this achievement is to be celebrated, this affirmation only served to fuel this friend’s sense of importance and their often infuriating arrogance. Donald Trump is such a person.

On behalf of my entire family, THANK YOU! #InaugurationDay https://t.co/v2nEMoanIX

Donald has had everything he has ever had handed to him his entire life. His wealth and position are the benefits of his inheritance, and yet he has constructed a world for himself in which all these trappings of privilege and place are signs of his own brilliance. What is worse is that he has become a true believer in his own mythology. His complete lack of ordinary human empathy and any normal civilian or political experience effectively make him a new Emperor of China, sheltered and secluded from reality behind the walls of his own Forbidden City. This is only the first of his walls that we shall see.

Nowhere was this made more apparent than in his sloganistic and disconnected campaign speeches and in their repetition today in his inauguration address. Like most US presidents have done, Trump employs the language of Christianity in a cynical effort to convince a certain and not insignificant section of the voting public of his good character and of his ability to embody the figurehead of the quasi-religious idea of Manifest Destiny. Trump is no Christian, but “God” got a fair airing this afternoon as he deployed this language of faith to legitimise his position on immigration, “Islamic terrorists,” walled borders, and putting America first. We’re going to hear a lot more of Trump’s god.

We have no reason to doubt his intentions. He will put US interests over and above stability and global security. He will look more favourably on other colonial states. He will return the United States to some form of isolationism. He will do all this because he has branded all of these dangerous ideas as Trump ideas, and if there is anything in which Donald J. Trump believes fanatically it is in himself and his own ability to do what he wants. Donald has always gotten what he wants. Where all of this is going we do not know. It’s not going anywhere good – that much is for sure, but this is only the beginning of that journey.