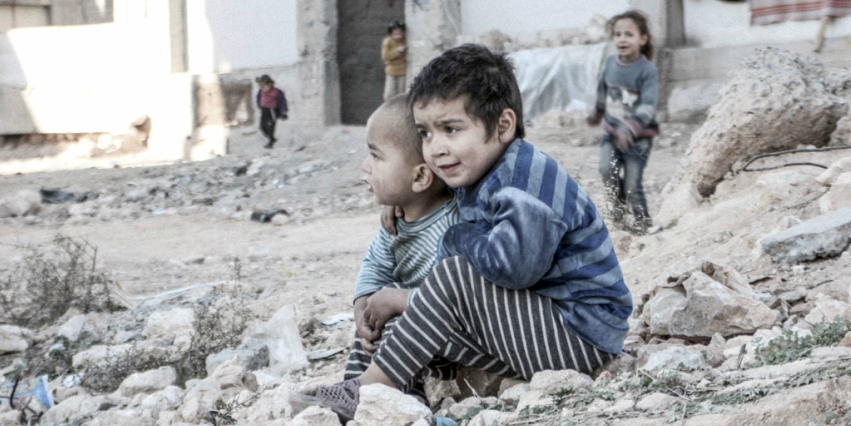 Aleppo: The First Casualty of War

The only thing we know for certain about the civil war in Syria is that there is a war going on. Every other detail is lost or has been deliberately obscured by the United States and Russia as they continue to vie for control of the Middle East.

As in every conflict the world over truth is the always the first casualty. The story of Aleppo – Syria’s largest city – is no exception to this rule. In Europe and the United States our news networks are feeding us a certain narrative of what has been and is continuing to happen in the city. We are aware that the city is divided, that the government forces hold the west and that the rebel forces are under siege in an eastern enclave. Our understanding is that the “regime” – the bad guys only ever have regimes – of Bashar al-Assad is waging, with the support of Russia, what amounts to a genocide – pounding the eastern enclave with barrel bombs and heavy shelling.

There is no need to assume that these reports are fabricated. No one is arguing that Assad, or indeed Vladimir Putin, are good guys in this conflict. Both are self-interested and powerful men, but this does not mean that they are the bad guys either. Every conflict has more than one side and more than one version of events, and the version that we are being fed by the Western media is one of these versions because Britain, the US, and the EU are involved in this conflict. In fact they are the other side of the conflict – equipping, training, and financing the so-called rebels.

Fifteen years ago the United States went to war with its present Syrian rebel allies because, going then by the name al-Qaeda, were claimed – by the US – to have been responsible for the 11 September 2001 attacks on New York and the Pentagon. Before this, in the 1970s, it was the US again that funded and trained them as the Mujahidin during the Soviet invasion of Afghanistan. A tangled web indeed! So it can come as no surprise that the news we are getting from Aleppo is presenting these “rebels” as the pro-democracy, anti-government victims of a tyrannical Syrian “regime.”

The truth, whatever that is in this post-truth environment, is for the moment impossible to discern. Neither side in the conflict wants us to know what is actually going on. What is clear is that this is a proxy war being fought out in Syria between the US and Russia, a conflict that is bringing us ever closer to a more serious and global showdown between these two superpowers. America, as can be deduced from its use of al-Qaeda militants, is no more interested in bringing democracy to Syria than it was to bringing democracy to Iraq or Afghanistan. This conflict is but another theatre in a wider battle over control of the Middle East and oil resources and pipelines.

Horrors of war: Aleppo before and after Syrian conflict