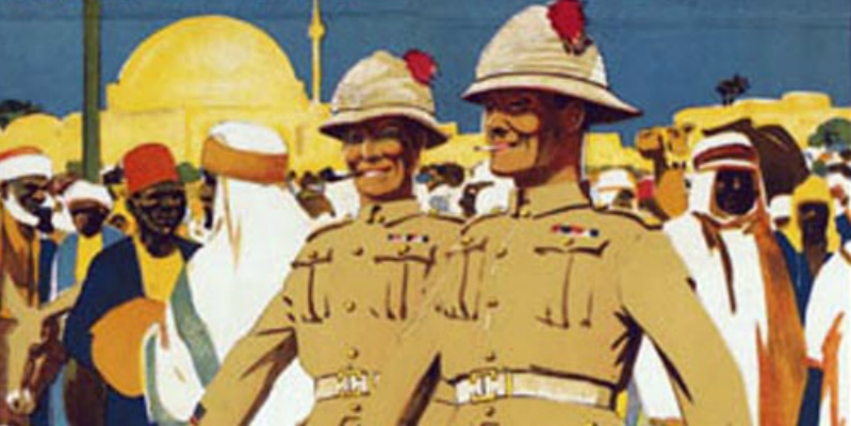 Perhaps we should be more mindful of England right now. Its most important symbols of national and personal identity have become infected with a poison, and against this our neighbours are battling to re-discover themselves. We are not immune.

England and Englishness have become the victims of an identity corroding virus. Analogous to the tropical entomopathogenic fungus responsible for invading the nervous systems of ants; transforming them into nature’s only known zombies, the symbols that bear and transmit Englishness have become toxic. Symbols from the Crown, to the flag, to football teams, to the poppy have undergone subtle mutations in their meaning – becoming the vehicles that transmit a zombie-like ideology of rage and violence. Englishness, especially in the guise of its “British” expansionism, has always been violent. Empire without a will to power fuelled by violence amounts to little more than an idyllic village. In its glory days, however, this violence was harnessed and directed by state.

Racism is an essential ingredient in the alchemy of empire, and always has been #coffinassault

After having been promised the lordship of the earth, the implosion and evaporation of the British Empire has resulted in a collective status frustration in which the anxieties at having lost so much have been democratised. Now the hollow trappings of former greatness – which the national psyche refuses to accept as reminders or totems of failure – have become the last outposts of entitlement. As England continues to be eclipsed by the onward march of history these symbols take on ever increasing weight and become more and more fortified as badges to rally around for a people’s heroic last stand against the winds of change.

While this once global empire recedes back into the towns and cities of the homeland the racialised “savages” of conquered exotic lands are now in England, and so the clinging to these symbols has become a poisonous defence of a racial Englishness qua Anglo-Saxon racial and cultural superiority. Britain’s empire was always thus, but now the battlegrounds are within England and the imperial mindset has infected the “lower orders;” the former cannon fodder, the worker ants.

It would be too easy for this reflection to be an anti-English comment. Anti-Englishness is the last thing that it is. In fact it is defence of England and Englishness – the England and Englishness that is healthy, good, and wholesome – from a creeping disease of fear, ignorance, and hatred. There is nothing green and pleasant about this developing intolerance. It is in fact an aberration of what England hoped to be, and it is a loyalty – a friendship even – to that better ideal to reflect aloud on what it is fast becoming. It is all the more important because this virus is an essential ingredient in the dish of Britishness that has been served up to Scotland, Wales, and Ireland.

Englishness and the growth of English nationalism