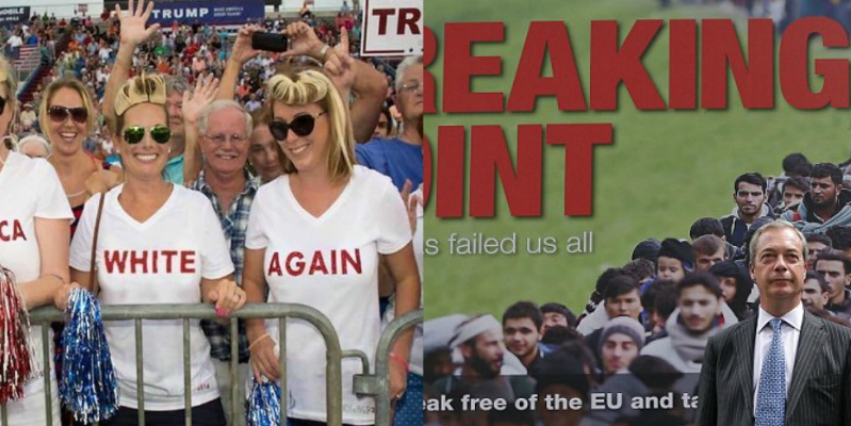 Scotland Has to Reject the Binary Choice

The choice that Scotland faces in Westminster is to either drink the poison or lick the spoon. Both amount to the same thing, and the choice itself – between following London to the right or staying with the programme that caused the crisis – is false.

Europe and North America are in a dilemma. Two equally unacceptable options have been presented to us, and the way in which they are being presented suggests to us that they are the only two available courses we can take; either we can fight for the security of the status quo, or bend to the fictions of terror threats and out-of-control Muslim immigration and sign up to follow the prevailing political trend to the right. As all forced choices are, this too is a fallacy; there are other options open to us – and, besides, these two paths are tantamount to a singular option. Western politics’ recent shift to the right is the product of serious flaws within the current democratic systems.

The choice for Scotland is whether we trail meekly along as the UK descends into xenophobia, insularity & bigotry, or we make our own way.

Blair’s 1997 New Labour landslide introduced the United Kingdom to the idea of political triangulation, a programme of careerist politicking – now the norm in Western politics – that strove to keep enough of the electorate on both the right and the left happy to maintain power. Ultimately this was the death of partisan ideology within the mainstream parties and the birth of true political populism. No longer would elected governments accept the delegation of power to them as their mandate to govern in accord with party principles, but rather surrender established platforms to be directed by popular opinion. On the surface this sounds like what democracy ought to be, but the effect of a powerful right-wing media has been to inform that popular opinion – thus moving the entire apparatus of state to the right.

Over twenty years the accumulative result of this continual shifting to the right has been the production of truly rightist forces within the political mainstream, what we may identify as the piecemeal normalisation of neo-fascism. This obviously dangerous and broken system is what is being sold to us as the set of instruments that will protect us from the Dutch have termed “Die Verrechtsing” – the lurch to the far-right. Returning to the cause of this disease is akin to hoping Benson & Hedges can cure cancer. Such a route would be circular and stupid; bringing us right back to where we find ourselves now.

It goes without saying that we cannot follow this trend to the right. We know from past experience where this fascist thinking leads, and so we must not only reject it outright but do everything possible to resist it and combat it in British politics. What we can do is opt to recover the pre-Blair political balance, but, with only 56 friendly seats in Westminster, this is futile. In order to protect Scotland from the horror that is Brexit we must extricate the whole of Scotland from the United Kingdom and restore political sanity in our own country. As it stands, in Edinburgh, we can rearrange the deckchairs but the ship is still going down.

How Political Correctness Actually Elected Donald Trump
Note: Everything that this blog has been saying over the past few days on the election of Trump is perfectly summed up here by the philosopher superstar Slavoj Žižek.