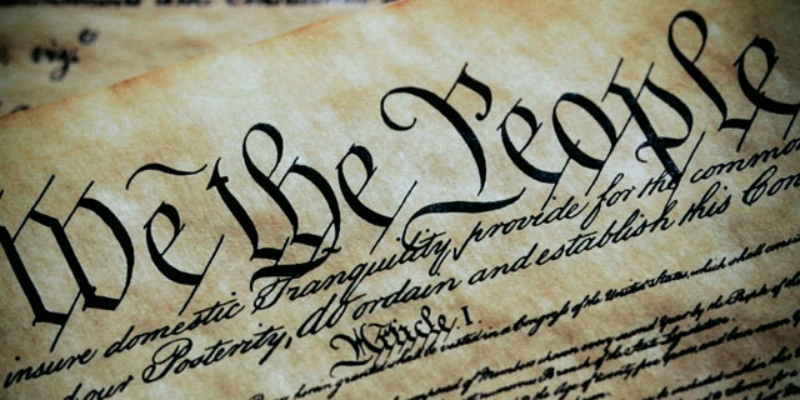 The People Vs the United States of America Inc.

It will be some time before we get our heads around the popularity of Donald Trump, but what we can say is that it wasn’t all about race and intolerance. If the numbers are right – then it is clear that Bernie’s defeat was the seed of Trump’s victory.

Ideological conflict has burst onto the stage of American political life with the Neo-Conservative establishment having been caught off guard by a new wave of populism that has been harnessed by the billionaire outsider Donald Trump. Until the capitulation of Senator Bernie Sanders at the close of the Democratic Party’s primaries it was not guaranteed that Trump would ultimately take the White House from the Democrats. After all, Sanders’ shock victories in Michigan, Ohio, Pennsylvania, and Wisconsin were “the canary in the coalmine” for the Clinton campaign; results – had he won the nomination – that would have likely led to him defeating Trump on 8 November.

Polling higher in these states than Trump at the time, it is unimaginable that Sanders would have lost these key states during the presidential election. Yet rather than run with Sanders the machinery of the Democratic Party conspired to obliterate the senator from Vermont – going even so far as to cheat in order to secure the nomination for Hillary. The bottom line, it would appear, is that the ruling political establishment had decided that it was Clinton’s turn for the Oval Office, and the reason for this is simple; she was with the programme – she was a seasoned Neo-Conservative already in position to continue the agenda set by Reagan and maintained by every administration since. Sanders didn’t fit the bill. He made his intentions to challenge the status quo clear, and so was determined a threat and duly crushed.

Roots of Trump to be found in: - Reagan who introduced divisive neoliberalism Clinton who cemented it in Bush the neocon who invaded Iraq

In this assessment of Bernie the DNC and the NeoCon brass in the White House made a fatal error in judgement. Bernie Sanders was never the threat, and this became all too clear as the votes were being counted. What hadn’t been figured in the equation was the possibility that the People might be the threat, which of course they were.

Regardless of Sanders’ own plea for his supporters to back Clinton they refused in significant numbers to transfer their allegiance. They did this, as Michael Moore inadvertently predicted in TrumpLand, not because they were Bernie supporters but because they were not Clinton supporters. She stands for and with everything against which they have aligned themselves. Whether this is actually true or not, whether – as Moore suggested – she was “biding her time,” matters very little; they have perceived her to be on the side of the Neo-Conservative political agenda, on the side of the banks, and on the side of the instruments that have effectively beggared them. From the moment she secured the defeat of their candidate hers was a bum ticket.

What happened instead was that these people, too often wrongly written off as “angry white men,” defected en masse to the Trump train. Without argument Trump employs fascistic rhetoric, courts the support of racist “deplorables,” and poses a threat to the democratic institutions of the state, but this nowhere means that any of this is what attracted so many voters in key states to him. Given that Trump’s numbers constituted almost half of everyone who voted, it stands to reason that those who elected him are every bit as diverse in opinion and temperament as those who cast their votes for Clinton. Something else was going on.

The truth is more prosaic. The unchecked individualism of capitalism and neoliberalism in the US’ financial and banking sectors have resulted in tens of thousands of ordinary working Americans having to pick up the tab for their colossal failures, and with one war after another the people have seen through the paper dragons of Neo-Conservatism’s great American myths. All of these people, especially those from the rust belt, have been reduced to a dangerous, vulnerable, and precarious economic existence. Yes they are angry, but they’re not all raging because they are racists. They are furious because they are broke, and it was Hillary Clinton’s friends who broke them.