A Real Crisis of Governance

Socially, politically, and now economically the West is spiralling out of control. As power shifts across Europe and the United States like no time since the end of the Second World War we are discovering the new power-holders to be useless.

With the electorate of England and Wales deciding to drag the whole of the United Kingdom out of the European Union and that of the United States on the verge of electing Donald J. Trump to the Oval Office, to describe our present political reality as a “real crisis of governance” is no exaggeration. Brexit has shaken confidence in the British economy; sending the value of the pound into a tailspin and multinational corporations and banking institutions running for the hills. It has led to socio-political uncertainty; forcing the resignation of David Cameron as Prime Minister, threatening the stability of Theresa May’s government, and causing a rapid escalation in racially motivated hate crime. Britain is in crisis and there is no doubting it.

This feels like real crisis of governance in UK: govt, opposition keep heads down, media full of violence. Bad combo.

The presidential election campaign over the Atlantic has rent open the deep fissure in the social fabric of the United States, guaranteeing that the imminent Trump victory will spark a social conflict that may well prove impossible to heal. Rather than listen to the legitimate concerns of the nation’s white working class majority, the US political establishment has vindictively crushed the one man who had a shot of bringing the country together and has since turned its attention to vilifying the man to whom it has turned as an alternative. Once in the White House it will be no easy task to normalise the Donald Trump the middle class has branded a racist, a buffoon, and a misogynist – a task it must begin as soon as he is elected.

Vindicated by the election of Trump it is unimaginable that some his supporters will not instigate the same turmoil as has already been witnessed in England since Brexit. Trump’s own isolationist rhetoric during the campaign will also make trouble for the States’ economy. With the rise of far-right political movements in Europe, together with Brexit and what we can expect from the US in the coming days, it is clear that the West as a whole is in crisis.

Statesmanship; the duteous service of the state for its own sake, for all its faults, has given way to a new business of politicking – that of gamesmanship and careerist populism. This, of course, has always existed, but now – with the advent of the corporatist model of personal success – it has become the new business model of government. It is this parody of leadership that is in itself the crisis of governance we are presently suffering in the West. The end of the era of the statesman has taken with it the vital equilibrium between the instruments of government and the social classes, leaving in its wake an uncontrollable set of social and class conflicts. Right now we are indeed looking at the same cocktail of elements that brought down the Roman Republic. 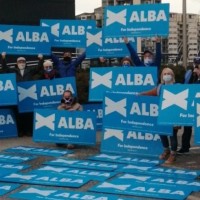