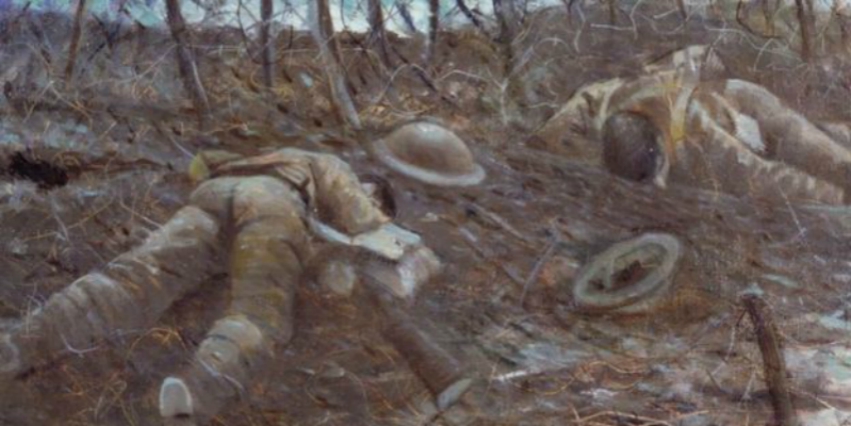 No, I Won’t Wear a Poppy

Maybe the poppy was a little flower of grief and pain, once upon a time. Perhaps its wearer wore it heartbroken for the lover who would never come home. Now it beats the drums of war and makes the savagery of violence a glorious thing.

War is the most despicable activity of man. Never is bloodshed and violence a sacrifice. It is a blasphemy. What God worth our adoration would accept an offering made for the glorification of the of the power hungry with the blood of their children on the altars of murder, rape, and mayhem? War is not the work of gods. War is the folly of destruction, the handiwork of the selfish and powerful who think themselves gods. War is a sacrilege and a blasphemy. Yet during November we remember the fallen with poppies and lowered flags and minutes of silence. Stupidity!

What are we remembering? Where were you when the whistles blew? Were you there to watch young boys piss themselves with fear before scrambling over muck and corpses into no-man’s-land? Can you remember the look on his face when his own captain shot him for cowardice? The poppy remembers nothing, as we remember nothing. Neither it nor we were there. This little blushing flower has nothing to do with memory, and even less to do with sacrifice. Who were these boys shooting, and what reason did they have to kill? Mindless slaughter – this is what we are celebrating in this November death cult festival of insanity.

It is right that we should mourn the butchered, but let’s not confuse this with glory, or sacrifice, or gods. Tommy was 16, an innocent, an adventurer – as every boy should be. Tommy and Tommy and Tommy went, in lines and columns, to face Hans and Hans and Hans to prove a point argued by kings and emperors who were themselves conspicuously missing from that hell. Was this a “just war,” a “righteous act,” a “noble cause?” No, it was nothing of the sort. It was sheer bloody murder, and neither Tommy nor Hans had blood on their hands. The guilt was theirs that sent them. Tommy’s blood was dripping from the razor wire.

This poppy remembers nothing. It’s not even a living flower; this poppy of lifeless paper. All we have is an occasion – not for the dead but for the living – to rekindle the flames of gallantry with pageantry and muffled drums, to once again inspire youths of 16 and 17 to take up guns against others they have never met. This poppy is an inspiration to die in newer trenches to flood the coffers of pitiless states with oil and gold and cash. And all that money will not put the broken back together again. It will not change their drips, their colostomy bags, or their incontinence pants. Their parents, sisters and brothers, friends and neighbours, will pay for that when they buy a poppy.

Speech of Iraq Veteran Against War